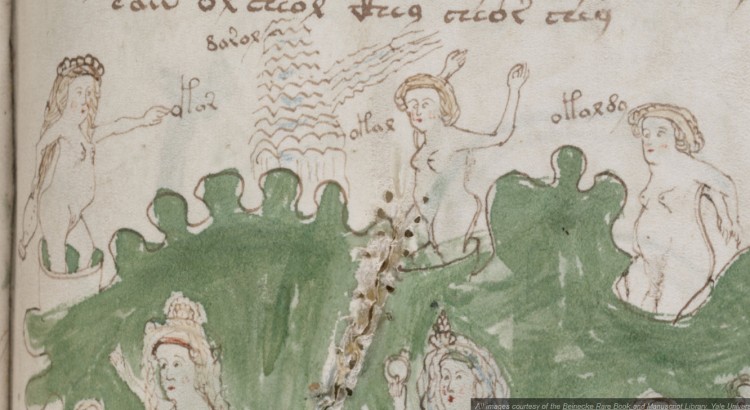 What exactly are we seeing with the Voynich 12 Zodiac pages?

Well, first off, let’s get some terminology straight. We are most certainly not viewing anyone’s horoscope here. Horoscopes were drawn up according to the following type of chart, which persisted right up until modern days.

END_OF_DOCUMENT_TOKEN_TO_BE_REPLACED

Right, so we’re talking about f57v, the one with four figures in the centre of four concentric rings of text, two figures looking out, two in. The “magic circle”. See on jasondavies.com here.

Nick Pelling has an excellent analysis here on his site where he wonders if it could be a nocturnal astrolabe, a nighttime astronomy aid.

I think it’s a compass sheet, with the four Greek gods of the secondary winds rather than the traditional “north south, east west” orientation. END_OF_DOCUMENT_TOKEN_TO_BE_REPLACED