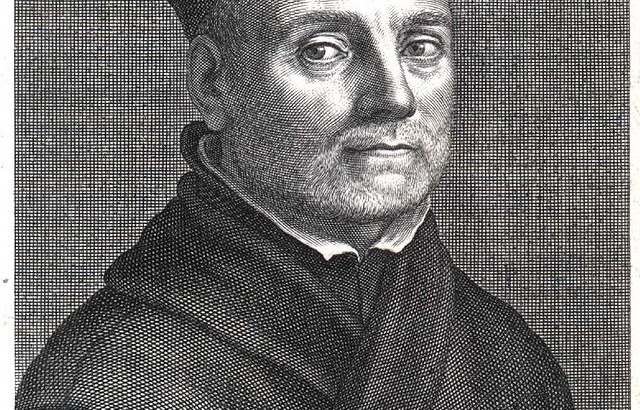 Inside the Voynich Manuscript (VM) front cover, Wilfred Voynich found a letter dating from 1665, written in Latin, which purports to be from Prague scientist Johannes Marcus Marci in 1665 in which he gave the manuscript to the Roman Jesuit priest and polyglot Athanasius Kircher. Kircher already knew about the manuscript, he’d been given copies of certain pages by one Georg Baresch in the 1630’s.

You can read my analysis of the letter here.

However, the question remains: why did Kircher never do anything with this book? We know he received it, because it appeared amongst some of his personal correspondence in 1873 in the private collection of P. Beckx.

It was not catalogued amongst his possessions when he died. It was never mentioned in his writings. Nobody has ever mentioned seeing it on his shelf. To all intents and purposes, he stuffed it in a drawer and never looked at it again, despite being reminded about it on one, possibly two, occasions by Godefrid Kinner on Marci’s behalf. He owned it, but he never put it in the main body of his work. Why?

Well, to answer this question, let’s look at who Kircher was, what he was doing in 1665, and if, indeed, this book would ever have interested him. END_OF_DOCUMENT_TOKEN_TO_BE_REPLACED

Inside the Voynich Manuscript (VM) front cover, Wilfred Voynich found a letter dating from 1665, written in Latin, which purports to be from Prague scientist Johannes Marcus Marci in 1665 in which he presents (gifts) the manuscript to the Roman Jesuit priest and polyglot Athanasius Kircher. This letter is the main provenance for the VM. It is archived at the Beinecke Library at Yale with archival number Beinecke 408A. There are other “Marci letters” found in the archives which may relate to the VM but these are peripheral to my analysis here (A very complete history of them is presented here.).

Let us remember that this letter was dictated to a scribe, the same scribe who wrote other independent letters for Marci at this time (according to independent analysis of different Marci letters).

This letter has been claimed as a fake by the “Voynich hoaxed it” proponents. This claim can be dismissed if the letter can be linked to the VM. The letter itself has been the study of several examinations by relevant experts, who say it is authentic. Of course, the letter could have been found elsewhere and inserted into the VM. So let’s see if we can link the letter to the VM.

The letter is transcribed as follows in Latin:

This book was relinquished to me by a singular friend in his will, soon after my possession began (1) I destined the same to you my dear Athanasius: indeed I am persuaded none but you can read it.     The then possessor has sent you letters seeking your judgement about it in which he transmitted his description of it, for he was convinced it could be read by you; the true book in which he put such untiring work into deciphering (2) he objected to sending, attempting to use the same experience (method) you are sent here not giving up hope until his life reached its final limit. But the effort was in vain, for such sphinxes (3) obey only their own Kircher. Please accept what was long due to you now as some small token of my affection for you, and may you break through its bars with your habitual ease.

Doctor Raphael, the Czech language tutor of King Ferdinand III as they both then were, once told me that the said book belonged to Emperor Rudolph and that he presented 600 ducats to the messenger who brought him the book(4). He, Raphael, thought that the author was Roger Bacon the Englishman. I suspend my judgement on the matter(5). You be the judge of what we should think about it. I commend myself to your favour, etc etc etc.

From this letter, I think we can deduce the following points:

It seems clear that the letter refers to a very specific mysterious book that has intrigued several intellectuals during decades without an answer becoming apparent and here the torch is being passed to a new generation. Sound familiar?