A court has ordered the closure of an investigation into a brutal murder that shocked the province in 2012, after police failed to charge any suspects. Francisco Fernandez was a 69 year old businessman from Vicar who was found tortured to death in his flat on July 10, 2012. His home had been targeted before by criminals as his business generated significant cash revenue. Sr Fernandez was tied to a chair and tortured “with extreme END_OF_DOCUMENT_TOKEN_TO_BE_REPLACED 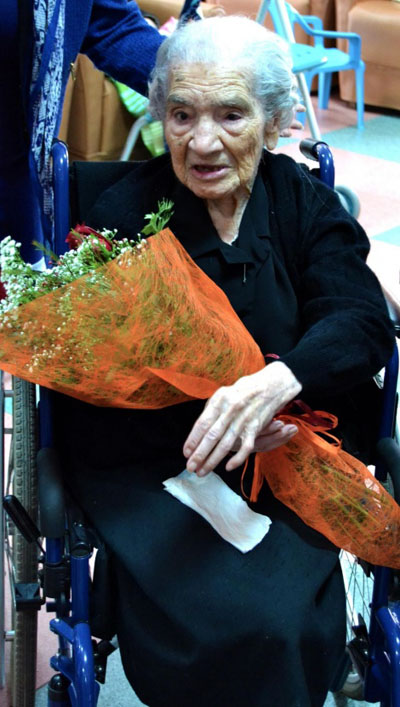 Adelaida Vargas Ortega died just hours after her 109th birthday Sunday night. The  “grandmother of Andalucia”, as she was known, had lived in the Residencia Asistida San Antonio OAP home, in Las Cabañuelas de Vícar, since 2008.

Rubalcaba, first Vice-Minister of Spain, a man who looks like a gnome with cancer, and tipped to be the next candidate of the PSOE for the 2012 general election if Zippy’s fingers can be prised out off the red button, has been in town visiting Vicar and Pulpi (both PSOE marginals). He was received, according to La Voz, by multitudes, “some more effusive than others”. Here’s todays political cartoon from La Voz. Funny stuff. Whatever END_OF_DOCUMENT_TOKEN_TO_BE_REPLACED

Bobbin lace (called encaje de bolillo in English) is not a subject I know much about. In fact, you could present me with the raw materials and I could do little more than create a knitball for a kitten to play with. I came across it recently whilst visiting an middle aged Spanish in-law. “What’s this?” I enquired casually whilst touching one of the wooden things. It turns out you should NEVER TOUCH THE WOODEN END_OF_DOCUMENT_TOKEN_TO_BE_REPLACED