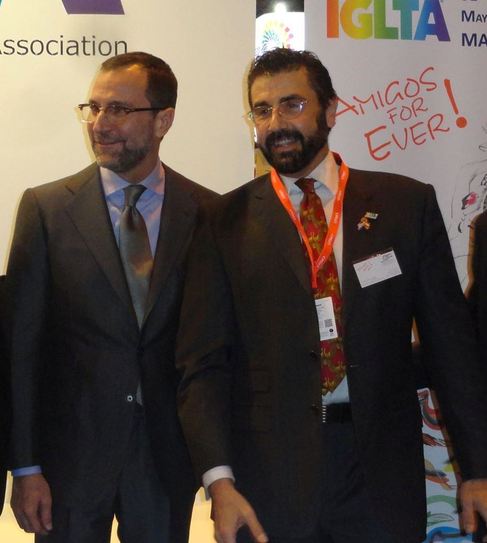 James Costos, the US Ambassador to Spain, has been invited to be the judge in this years Spain’s Mr Gay 2014 competition, and said he is “considering it”. Mr Costos was on an official visit to FITUR, the tourism fair, when he suddenly appeared in the “Gay Spain” exhibition booth, where he spent some time going through the brochures and chatting to businessman Juan Pedro Tudela, who is in charge of the exhibition. Juan took END_OF_DOCUMENT_TOKEN_TO_BE_REPLACED 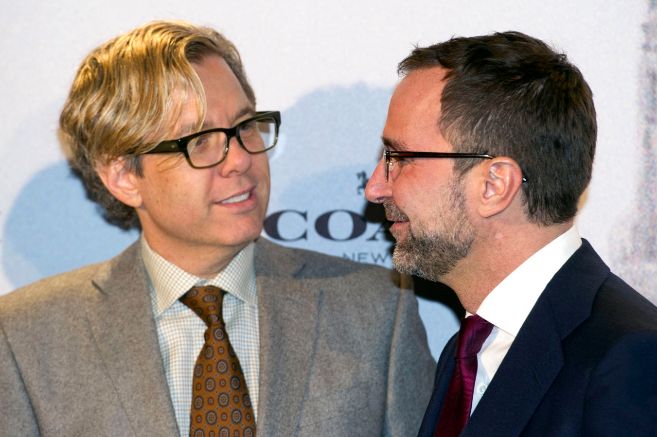 James Costos and his partner, the famous designer Michael S. Smith, (both pictured, James on the left) spent New Years at the Seville “Palacio de las Dueñas” Palace in Seville, as guests of the flamboyant aristocrat the Duchess of Alba. Doña Cayetana herself spent the holidays with friends at another palace she maintains in the city of Seville. But her Palacio de las Dueñas palace is maintained by her as an exclusive retreat which she END_OF_DOCUMENT_TOKEN_TO_BE_REPLACED