ROAD CLOSURES A number of roads will be closed and diversions in place around Villaricos this 7th, 8th and 9th of August whilst a large music festival takes place there. Dreambeach 2015 will cause the closure of the following roads. The diversions will be in place from 3pm Friday until 9am Saturday, and again from 3pm that Saturday until 9am on Sunday. The AL7107 Garrucha bound road will have a diversion setup at the Los END_OF_DOCUMENT_TOKEN_TO_BE_REPLACED 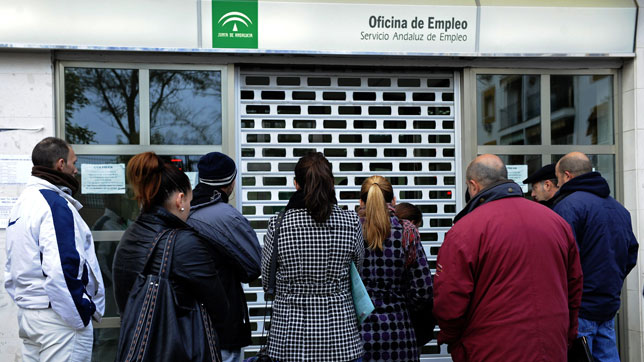 Unemployment in Almería has gone up again, and stands at a massive 37.53% of the population. That’s 130.600 people looking for work in the province. Across Andalucia, unemployment went up 1.34% (that’s 18.800 people lost their jobs) and there are now 1.419.100 andaluzes looking for work. Just 2.611.000 people actually have a job across Andalucia. All this, despite a national drop of 3.5% in unemployment (195.200 people). Industry up north may be gathering pace, but END_OF_DOCUMENT_TOKEN_TO_BE_REPLACED

The government has been caught out trying to jiggle the underlying stats on the dole figures. They say the changes will only influence the unemployment rates by a couple of decimal points, but independent statisticians reckon it could be over a whole point. The fuss lies with the base population figure. INE, the stats office, currently uses an adjusted 2002 rate. That is, they used the 2002 census to count everyone in the country, then END_OF_DOCUMENT_TOKEN_TO_BE_REPLACED 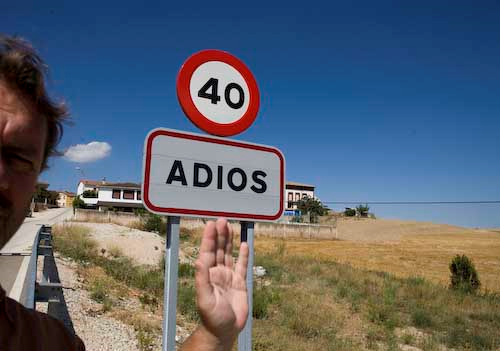 Spain lost 135.538 people last year as emigration outstripped immigration, and immigrants continued to hand in their residencias at record rates. The stats office INE say that over 200,000 immigrants renounced their residency in 2013, compared to just 15.229 in 2012. And only births registered to Spaniards outstripped deaths by just 54.482 in 2013, almost half that of 2012. Spain already suffered from one of the lowest birth rates in the world, and la crisis END_OF_DOCUMENT_TOKEN_TO_BE_REPLACED

Lies and mirrors is all we are seeing with the “good news” about the unemployment figures in Spain this Christmas. Lets look at the figures: 107.570 people fewer on the SEPE list during December, which means people who are on the dole or whose dole has ended, but are actively inscribed on the government “looking for work list”. But since nobody bothers to register on the SEPE once their dole has ended (you have to END_OF_DOCUMENT_TOKEN_TO_BE_REPLACED

It’s official – one out of every four Spaniards of working age is now unemployed. Basically, that’s the highest level of any country in the developed world. In the last quarter, 96,000 jobs were destroyed, leaving just 17.320.300 people in employment. And three out of every four people who lost their jobs did so in Andalucía, as the unemployment level in the region approaches 1,5 million people (we’ve only got 8 million people, for God’s END_OF_DOCUMENT_TOKEN_TO_BE_REPLACED

The government has come up with a cunning plan to get those unemployed slackers off their sofas and back to work: They’re going to conscript them into wildfire recovery teams. El Gobierno tira de los parados para luchar contra el fuego http://t.co/bnAU7fWb — Público (@publico_es) September 7, 2012 Since we don’t have any industry, any work or any futures, the government thinks the huge swath (hovering about 40% in Almeria) of unemployed may as well END_OF_DOCUMENT_TOKEN_TO_BE_REPLACED

Spains unemployment has soared to record levels this summer, despite the fact that summer is traditionally the period where, what with beach bars, hotels and whatnot, unemployment drops due to temporary summer work contracts. A further 53.500 people lost their jobs last month to June, about 1% of the total, bringing the total number of unemployed up to 5.693.100 across the nation at the beginning of this month, or 24.63% of the active workforce. 53.28% END_OF_DOCUMENT_TOKEN_TO_BE_REPLACED

De Guindos, the economy minister, has announced that Madrid will have to sign a check for 12,000,000,000€ to save Bankia, the failed bank that went titsup last week, instead of the original 4,5 billion euros expected. (El Mundo) Interestingly enough, that’s almost as much as Madrid slashed off the health and education budgets (14 billion) in an attempt to make savings and stop the country running out of cash. Bankia has an exposure of some END_OF_DOCUMENT_TOKEN_TO_BE_REPLACED

Title says it all, really. There are now 5,6 million unemployed people in Spain, out of which 1,329,600 are Andalucian – or 33.17%. To put it another way, if you put three Andalucians in a row, one of them won’t have a job. Across Spain, there are an estimated 1.728.400 households in which not one member draws a salary. In the first three months of the year, 365,900 people lost their jobs. Meanwhile, the Unicaja END_OF_DOCUMENT_TOKEN_TO_BE_REPLACED