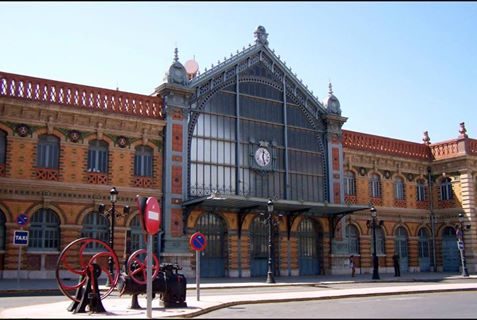 A planned restoration of Almería’s train station has caused outrage after it was noticed that historic elements have been cemented over A long awaited restoration of Almería’s historic train station has caused much controversy after it was noticed that elements of the façade have been crudely cemented over. The historic building saw scaffolding go up this week as the first phase of a much needed restoration project started. Works carried out by building company Jarquil END_OF_DOCUMENT_TOKEN_TO_BE_REPLACED

Forgot to post this yesterday. The petrol station in Los Gallardos was attacked in the wee hours of Friday morning, hence the smashed plate glass. It seems two young lads made at the windows with a cheap sledgehammer. After the fifth or six pound on the glass, the head came flying off leaving them a bit nonplussed. All they managed to do was star the security glass, they never got in. They thus decided to END_OF_DOCUMENT_TOKEN_TO_BE_REPLACED

The government has confirmed that it has no plans any more to build a large AVE station at Vera, as was the original plan, and although the station is still “probably” going to be built, it will be a simple platform affair rather than a full blown train station as was originally planned. The announcement came during a series of meetings with industry leaders in the province held this week by Manuel Niño, Sec Gen of END_OF_DOCUMENT_TOKEN_TO_BE_REPLACED

Ideal sources say that the central government is negotiating the breaking of the contract to design and build the Vera AVE station. Makes sense – if they’re not going to build the AVE, why pay the architects to float around doing nothing and being paid for it? The breaking of the contract would allow for the dissolution of the temporary construction company created by the engineers and architects to design and build the station, meaning END_OF_DOCUMENT_TOKEN_TO_BE_REPLACED