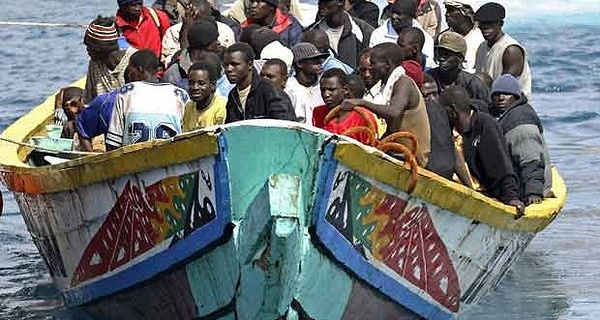 An Algerian human trafficker arrested in charge of a dangerous and leaky boat off the shores of Almería is facing four years in jail. The public prosecutor has made the demand, saying that the man’s avarice put the lives of nine migrants at risk. The fibreglass boat, which experts say was unseaworthy, was rescued by the Spanish coastguard last November 29 in high seas off the coast of the Cabo de Gata. The nine migrants END_OF_DOCUMENT_TOKEN_TO_BE_REPLACED

39 people are believed to have drowned this morning after their boat went down. The Spanish coastguard have been looking for a patera (immigrant boat) since Wednesday night after being warned that one with 54 passengers had set sail from Morroco to reach Spain. At midday today, 15 survivors from the wreck were discovered clinging to the remains of their inflatable boat 40 nautical miles off the coast. 13 men and 2 women. It is END_OF_DOCUMENT_TOKEN_TO_BE_REPLACED

Calm seas and good weather are being blamed for a sudden surge in pateras – rafts or boats in which mainly African immigrants attempt to illegally cross the sea and enter Spain. Over 100 people aboard different boats have been rescued in the last 48 hours, mainly off the coast of Almería. The Guardia Civil have such a strong radar and visual control of the coast now that it’s supposed extremely difficult to cross, which END_OF_DOCUMENT_TOKEN_TO_BE_REPLACED