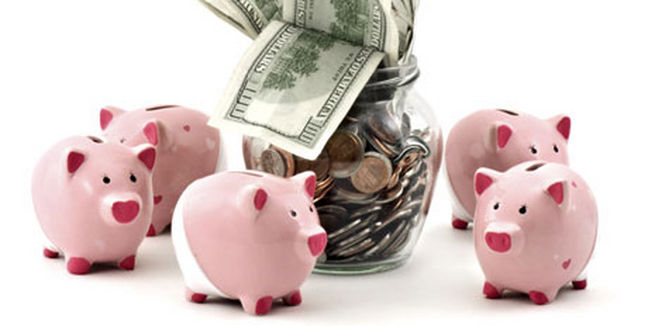 The government has admitted finally that yes, when they talk about people in employment, they’re actually talking bollocks – they mean employment contracts and so anyone with two jobs is being counted twice. The admission came after a tabled question in Congress by the UPyD party asking for clarification. What this means is that when the government talks about there being 16,950,000 people working in Spain, they actually mean there are 16,950,000 active work contracts END_OF_DOCUMENT_TOKEN_TO_BE_REPLACED

A new law is being prepared which aims to slash the average length of sick leave. It’s primarily, as the government admits, a cost cutting measure aimed at reducing the bill for covering absent workers, but also the paperwork involved. The idea behind the bill is to draw up an average of time off for many different common illnesses. If you exceed this average, your sick leave automatically stops unless doctors & the company insurance END_OF_DOCUMENT_TOKEN_TO_BE_REPLACED

Great news! The Junta is spending another few million of my tax money to make you feel as if you’ve a chance of a job! It’s called Programa Emple@Joven (always exciting when the name’s got an @ in it, looks funky and modern!) and the Junta de Andalucia says “it’s the first phase of the implementation across the Autonomous Community of Andalusia of the Youth Guarantee System”. What this double-speak actually means is that they’re END_OF_DOCUMENT_TOKEN_TO_BE_REPLACED

Lies and mirrors is all we are seeing with the “good news” about the unemployment figures in Spain this Christmas. Lets look at the figures: 107.570 people fewer on the SEPE list during December, which means people who are on the dole or whose dole has ended, but are actively inscribed on the government “looking for work list”. But since nobody bothers to register on the SEPE once their dole has ended (you have to END_OF_DOCUMENT_TOKEN_TO_BE_REPLACED

There are now 6,202,700 people actively seeking a job in Spain, according to the latest employment figures published the State Statistics Agency INE. That’s 27.16% of the working population. The figures speak for themselves. El Mundo helpfully points out that if everyone of the Spanish unemployed stood in a line holding hands, they would reach from Cordoba to Moscow: Meanwhile, the economic recession continues to bite in Spain – the working population dropped by 235.300 END_OF_DOCUMENT_TOKEN_TO_BE_REPLACED

It’s official – one out of every four Spaniards of working age is now unemployed. Basically, that’s the highest level of any country in the developed world. In the last quarter, 96,000 jobs were destroyed, leaving just 17.320.300 people in employment. And three out of every four people who lost their jobs did so in Andalucía, as the unemployment level in the region approaches 1,5 million people (we’ve only got 8 million people, for God’s END_OF_DOCUMENT_TOKEN_TO_BE_REPLACED

The government has come up with a cunning plan to get those unemployed slackers off their sofas and back to work: They’re going to conscript them into wildfire recovery teams. El Gobierno tira de los parados para luchar contra el fuego http://t.co/bnAU7fWb — Público (@publico_es) September 7, 2012 Since we don’t have any industry, any work or any futures, the government thinks the huge swath (hovering about 40% in Almeria) of unemployed may as well END_OF_DOCUMENT_TOKEN_TO_BE_REPLACED

Spains unemployment has soared to record levels this summer, despite the fact that summer is traditionally the period where, what with beach bars, hotels and whatnot, unemployment drops due to temporary summer work contracts. A further 53.500 people lost their jobs last month to June, about 1% of the total, bringing the total number of unemployed up to 5.693.100 across the nation at the beginning of this month, or 24.63% of the active workforce. 53.28% END_OF_DOCUMENT_TOKEN_TO_BE_REPLACED

De Guindos, the economy minister, has announced that Madrid will have to sign a check for 12,000,000,000€ to save Bankia, the failed bank that went titsup last week, instead of the original 4,5 billion euros expected. (El Mundo) Interestingly enough, that’s almost as much as Madrid slashed off the health and education budgets (14 billion) in an attempt to make savings and stop the country running out of cash. Bankia has an exposure of some END_OF_DOCUMENT_TOKEN_TO_BE_REPLACED

Title says it all, really. There are now 5,6 million unemployed people in Spain, out of which 1,329,600 are Andalucian – or 33.17%. To put it another way, if you put three Andalucians in a row, one of them won’t have a job. Across Spain, there are an estimated 1.728.400 households in which not one member draws a salary. In the first three months of the year, 365,900 people lost their jobs. Meanwhile, the Unicaja END_OF_DOCUMENT_TOKEN_TO_BE_REPLACED