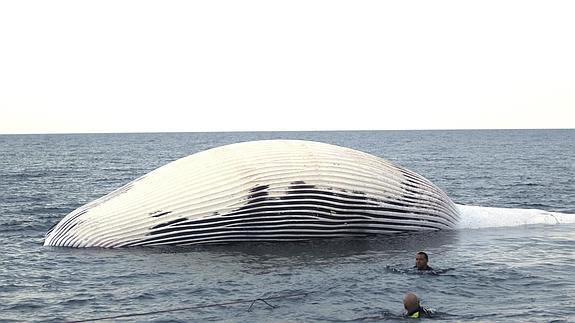 A 16 metre long Minke whale has washed up on Retamar beach near Almeria city today. It’s a common sort of whale in the Med, but this fully grown specimen caused much alarm when it was spotted at about 12:30 today just offshore, and calls were placed to the emergency services. Specialists from the sealife charity Equimar turned up and confirmed the animal was dead. Specimens were taken from the animal for later analysis, but END_OF_DOCUMENT_TOKEN_TO_BE_REPLACED