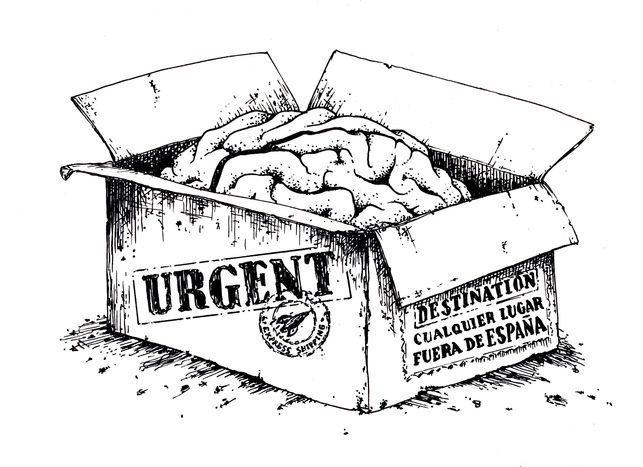 Spain’s brain drain may not be such a bad thing, given the alternative writes Peter Lavelle, in response to the news that Spanish population plummets as immigrants flee. Since 2008, la crisis has forced thousands of people to leave Spain, in search of work elsewhere. If you ask the official INE, they’ll tell you about 200k have left since 2008; if you ask the think-tank Fundación Alternativas, they’ll put the figure at 800k. In any case, END_OF_DOCUMENT_TOKEN_TO_BE_REPLACED