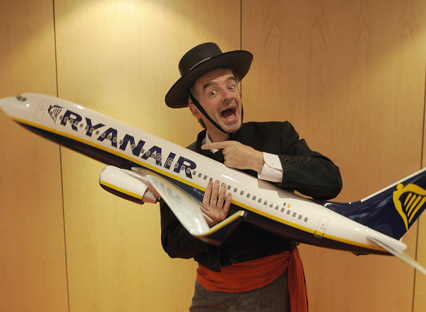 So, some armchair lawyer in Galicia in 2010 spotted that under Spanish law, it was illegal for airlines to charge for luggage. A ticket of transport was supposed to cover person and reasonable luggage. This didn’t go down well with Vueling, who refused to allow him to check his bag for free. He complained to trading standards in Galicia, and they eventually fined Vueling €3000. Vueling appealed under EU law, and the courts in A END_OF_DOCUMENT_TOKEN_TO_BE_REPLACED

A recent survey by consumer group OCU of 150 airports across the world (10,000 people were asked about their experiences) shows that Almería airport is as bad as Mexico City airport, or Rio de Jainero airport, for theft from luggage. What isn’t explained is if this means that Almeria is surprisingly high in thefts, or Mexico city astoundingly low. But it seems that around 7% of passengers to LEI can expect to complain about missing END_OF_DOCUMENT_TOKEN_TO_BE_REPLACED