One hundred and three Spanish soldiers from the military base in Almería have returned from a five month tour of duty in Iraq. Operation ´help Iraq´ aims to train units of the Iraqi army in modern soldering. General Juan Jesús Martín Cabrero, head of the Legion brigade in Almería, personally welcomed each of his soldiers back on base by shaking their hands and receiving their salutes. This is the third and last Iraq tour of END_OF_DOCUMENT_TOKEN_TO_BE_REPLACED 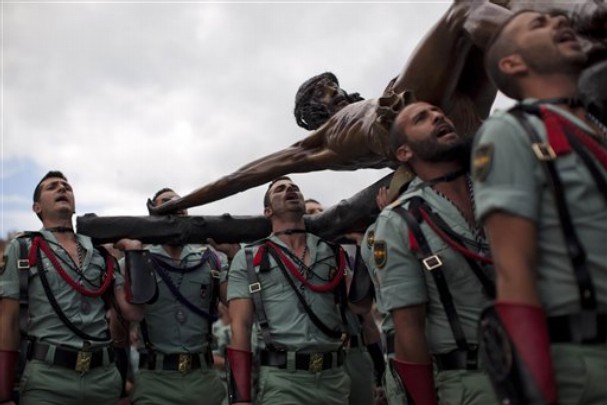 Spain has completed its review of the Armed Forces, reducing the total number to 121,000 personnel. A new Central Operations Force of 67,000 soldiers, sailors and air has been created, out of which a Joint Force of 27,000 military will be on operational status at any time, with a joint HQ based in Madrid. The Joint Force includes oversea missions, coastguard, UME (the military emergency response force to assist civilian forces), the Intelligence Agency and END_OF_DOCUMENT_TOKEN_TO_BE_REPLACED 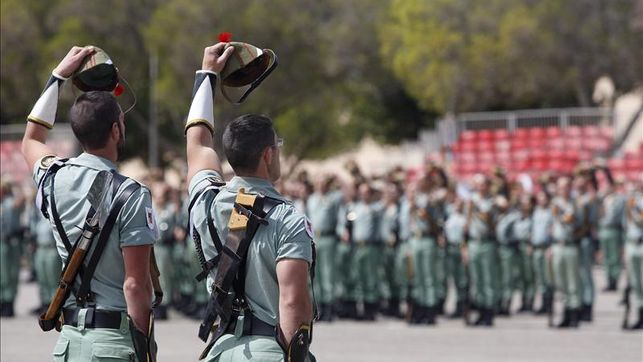 A cabo in the Legión at Almeria military base has been sent down by the Supreme Court for three months for beating the crap out of a subordinate soldier, after he suspected the chap of sending saucy messages to his (the cabos) girlfriend over the internet. A Military Court had earlier exonerated the Sergeant and condemned the subordinate to three months confinement for insulting a superior officer. But the soldier appealed to the civilian courts END_OF_DOCUMENT_TOKEN_TO_BE_REPLACED