In all the general election excitement in the UK, one vital question has been overlooked by the pundits – what’s going to happen with the visit of the Spanish Royal family to the UK? The election is on June 8, and King Felipe is supposed to be visiting on June 6-7. He and his family can still meet the Queen of course  but with purdah in force across the UK government, he won’t be able END_OF_DOCUMENT_TOKEN_TO_BE_REPLACED

Yup, Gareth Bale was on holiday in Garrucha (Ideal runs a piece here) and along with his mate Carvajal was spotted in some of the local night clubs. He also went shopping in Mercadona, and had tapas in El Almejero (the place in front of the fish auction). And why not, Garrucha and Vera are lovely places to visit for a few days! The King’s the next one to visit, as he’s expected to spend END_OF_DOCUMENT_TOKEN_TO_BE_REPLACED

The king of Spain has abdicated in favour of his son. The decision must be approved by parliament by the process is reflected to be quick. Corruption in the royal family and his falling personal approval ratings are the main reason – his heir is the only member of the family looked upon with approval by the Spanish society. 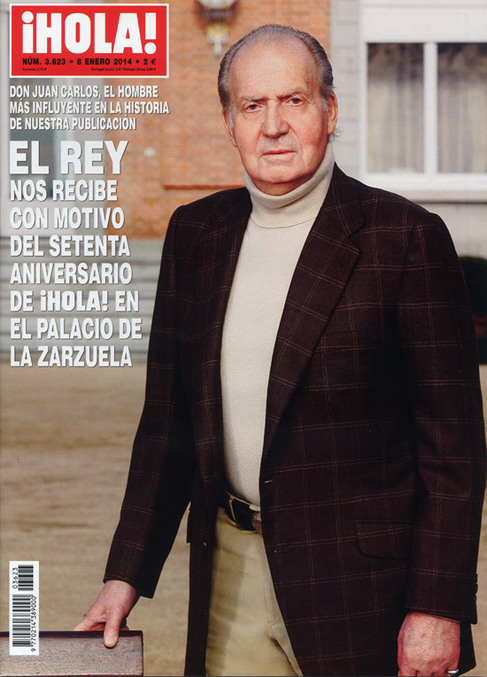 A useful bit of trivia for your next pub quiz: King Juan Carlos also happens to be the King of Jerusalem, although I don’t know if anyone has told the Israelis. His Majesty Juan Carlos the First, By the Grace of God, the King of Spain, King of Castile, of León, of Aragon, of the Two Sicilies, of Jerusalem, of Navarre, of Granada, of Seville, of Toledo, of Valencia, of Galicia, of Sardinia, of Córdoba, END_OF_DOCUMENT_TOKEN_TO_BE_REPLACED

The King of Spain is a serial womaniser who once made a pass at Princess Diana while she was on holiday with Prince Charles, a book has claimed. It also alleges that Juan Carlos is a ‘professional seducer’ who has had numerous affairs and has not shared a bed with his wife for the past 35 years. And it reveals that age has not stopped the 74-year-old, with the monarch regularly receiving vitamin injections and END_OF_DOCUMENT_TOKEN_TO_BE_REPLACED

King Juan Carlos of Spain appeared in public sporting a black eye after “walking into a door” at his royal residence. The 73-year-old monarch was pictured with the shiner on his left eye and a small sticking plaster on the bridge of his nose at a reception for new ambassadors to Spain on Tuesday. Royal aides said the King had received the injuries earlier in the day but they were not serious enough to alter END_OF_DOCUMENT_TOKEN_TO_BE_REPLACED