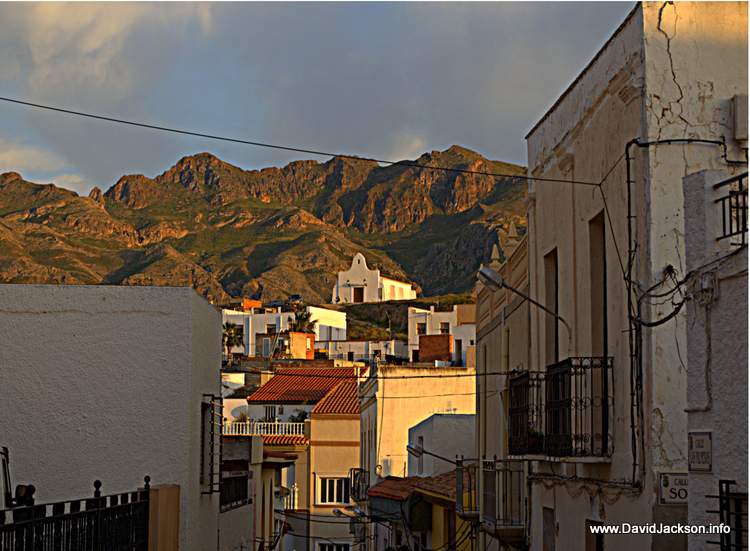 My latest book on the history of the province: Turre – a history is now available in paperback or Kindle format from Amazon! Or if you want, you can get it from Amazon.es, the Spanish site. Turre – a history recounts the last 500 years of history of the Levante of Almeria through the story of the small town called Turre. Starting with the conquest of the province by the Spanish Catholic Kings from the END_OF_DOCUMENT_TOKEN_TO_BE_REPLACED

My latest history pamphlet is out! Just in time for the 90th anniversary of Los Gallardos. In 1924 a small village called Los Gallardos broke away from its mountain neighbour of Bedar and formed an independent new village in Almeria, southern Spain. This is the story of these first steps of an independent and proud village that was only founded 50 years before independence. Here I investigate how independence came about, the key first steps END_OF_DOCUMENT_TOKEN_TO_BE_REPLACED

As we speed down the A370 towards Garrucha (or up towards Pedro’s petrol station at Los Gallardos) we often forget about the first ancient and twisting road between the two villages, the AL150, which heads off at the Alfaix motorway junction towards Turre. This article has been moved and updated. It is now available from this page or you can purchase the whole article in pdf format for just €1 by pressing the button below. END_OF_DOCUMENT_TOKEN_TO_BE_REPLACED

This article is an examination and explanation of the laws governing noise pollution, generation and control in Spain, with special attention to the region of Andalusia. It explains the regulations all business owners need to know, with special attention to bars, restaurants, discos and entertainment venues. It also affects private people, and explains how you can successfully complain about that noisy neighbour or noisy business! This article has been updated November 2013. An overview of END_OF_DOCUMENT_TOKEN_TO_BE_REPLACED

The collapse of the Roman empire, never very well established in what would become the Levante Almeriense (basically, the area was used as a fish processing plant and shoe factory using the Esparto grass that grows here, the only known Roman remains here are in Cadima, Los Gallardos), left what were small villages and fortified farms along the coastline vaguely united under the Count of Teodorimo. This continued for several centuries (III-IIX centures c.e.), as END_OF_DOCUMENT_TOKEN_TO_BE_REPLACED