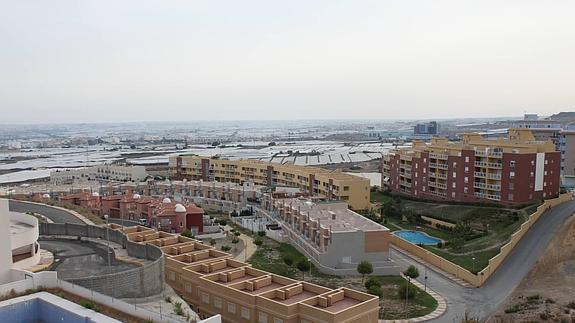 50 families renting flats are facing eviction in Roquetas del Mar because their homes had been rented out under false pretences. The builder of “Mirador del Sur”, a large complex in Las Colinas de Aguadulce had the homes embargoed some years ago by his bank after he failed to meet interest payments on the loans. Despite this, and whilst the legal battle was ongoing, he proceeded to rent out as many as he could, although END_OF_DOCUMENT_TOKEN_TO_BE_REPLACED 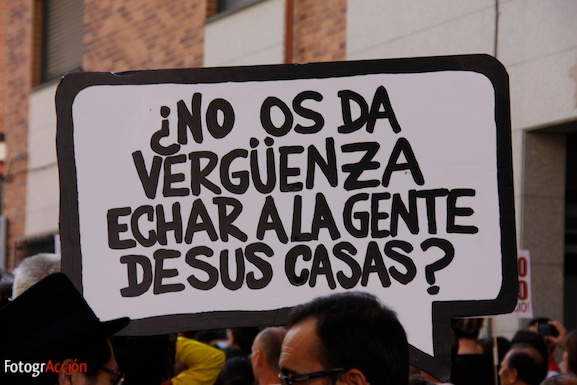 According to the Bank of Spain, a total of 35.098 homes were foreclosed on by the banks in the first 6 months of 2013. 28.170 of these were “primary residencies”, which usually are foreclosed on after the family stops paying the mortgage. It’s a shocking picture of the reality of la crisis in Spain – 35.098 families out on the street, or kipping with family. 19.567 were foreclosed forcibly by court order, 12.719 were “returned” to END_OF_DOCUMENT_TOKEN_TO_BE_REPLACED 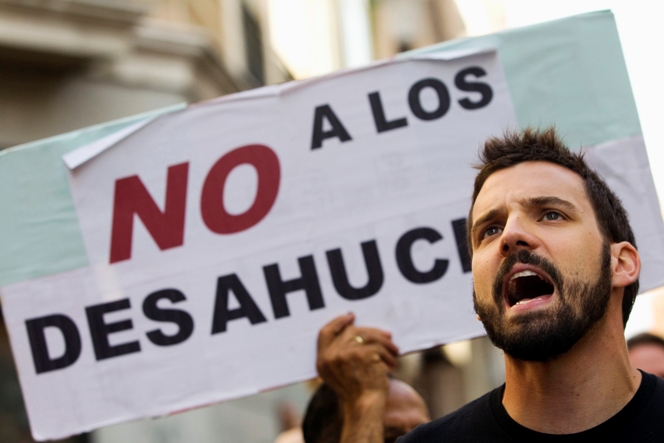 The CC has suspended the daft anti-eviction law of Andalucia. See, the Junta de Andalucia came up with a mad idea to boost popularity by pretending to help the unemployed who were about to have their homes repossessed.  (See Junta will repossess people’s homes to save them from the banks). The idea, forced through by the communist wing of the IU, coalition partners in the Andalucian government with the PSOE, is that if you have END_OF_DOCUMENT_TOKEN_TO_BE_REPLACED

Told ya. Rajoy has announced that he intends to order an immediate moratorium on all evictions that involve “vulnerable families” (taken to mean anyone with kids or seniors) until the situation can be revised. In other news, Bankia has confirmed that it will not proceed with three evictions in the Canary Islands that were supposed to be carried out today – after the Santa Cruz townhall withdrew 1,5 million euros in a current account it END_OF_DOCUMENT_TOKEN_TO_BE_REPLACED

A new law modifying the desahucio express -express evictions- means that defaulting tenants who don’t reply to judicial orders to pay have just 10 days to clear off before the cops come round and throw you out. In 2009, a law, nicknamed the desahucio express came into force which aimed to give landlords greater security if their tenants defaulted on the rent. From being almost impossible to throw out tenants, landlords saw judicial processes speed END_OF_DOCUMENT_TOKEN_TO_BE_REPLACED

A noisy couple in a flat in, I think, Zaragoza, have been evicted for three months by a judge after neighbours denounced them for making excessive noise. The couple, who are of mixed race (he’s Spanish), say that it’s part of a racist campaign against them, but the Judge said noise recorders proved beyond doubt that the couple made excessive and unneccessary noise until early into the morning. They will be allowed back into their END_OF_DOCUMENT_TOKEN_TO_BE_REPLACED