Coke’s in trouble after the star of its latest Spanish TV advert turns out to be a militant of Herraria Basque and sympathiser of the military separation of the Basque Country. Daniel Portero, head of the Movement for Dignity and Justice, a victim of Basque terrorism support group, spluttered into his morning cocoa-pops after seeing Gotzon Sánchez starring in the latest Coke ad, and has started to make a big a fuss as possible. 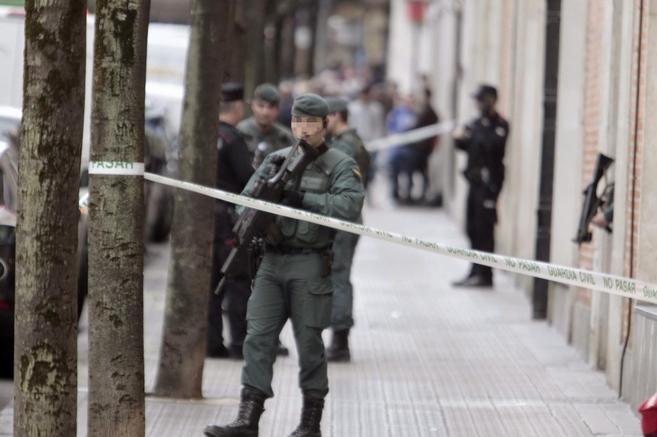 This afternoon a press release was issued by the Ministry of the Interior announcing that the last active ETA terrorist cell in Spain had been arrested, giving names and addresses. BUT – they sent the press release BEFORE the police swooped! Meaning the terrorists started seeing the headlines on the websites and on twitter, realised what had happened and when the police actually arrived, were busy destroying all the evidence. When the police arrived at END_OF_DOCUMENT_TOKEN_TO_BE_REPLACED

ANV, the extreme nationalist group, was recently banned by the high court in Spain for being the latest in a succession of ETA front organisations. In Navarra they promote the joining with the Basque Country, forcibly exporting the “Castillians” – and in a small town called Villava their councillors hung the Basque flag (representing the race, the feudal laws, and the Catholic faith) from their desks during meetings. The centre-right UPN responded by displaying emblems END_OF_DOCUMENT_TOKEN_TO_BE_REPLACED

The “De Juana” case After the transition to democracy, Spain implemented a maximum jail term of 20 years. This was, as you can imagine, was an important point for the young democracy, used as it was to indefinite sentences for any offenses, real or perceived, against the fascist regime. When the politicians decided to extend this period, the argument they used was that certain crimes, such as terrorism, national or islamist, deserved longer sentences. One END_OF_DOCUMENT_TOKEN_TO_BE_REPLACED