A 45 year old woman and an 85 year old man have been arrested for selling cocaine from a car. The elderly man was being paid by the woman to accompany her in the hope that his presence would allay police suspicion. A Guardia Civil undercover unit saw the couple sitting in their car outside of a nightclub in Cuevas del Almanzora. They were both visibly nervous, and the woman occasionally disappeared inside the establishment END_OF_DOCUMENT_TOKEN_TO_BE_REPLACED

Save the Children España has demanded that Spain ask for the extradition of a paediatrician who fled Pulpi medical centre last year after parents realised he was a paedophile. After being exposed, the doctor escaped arrest and returned to his native Columbia, where he was arrested on an outstanding charge. He has now been sentenced to 38 months house arrest for his crimes. Victim’s families have said the sentence is “laughable”. The Spanish public prosecutor END_OF_DOCUMENT_TOKEN_TO_BE_REPLACED

The Casa Siret is an ancient and beautiful cortijo near Las Herrerías, Cuevas del Almanzora. It’s main claim to fame is that it was the residence of Luis Siret, the famous engineer turned amateur archaeologist who discovered the local Bronze Age El Argar civilisation at the turn of the last century. It now belongs to Cuevas town. In 2004, Cuevas council and Dicomano council (in Italy) signed an agreement to setup an art school using END_OF_DOCUMENT_TOKEN_TO_BE_REPLACED

The planned tortoise sanctuary in Cuevas del Alamanzora has again been put on hold. The national government had planned to expropriate 500 ha of land which would have closed farms, a campsite, two quarries and eleven homes. The plans were dropped earlier this year in favour of a new plan slightly off to the right. This plan has now been dropped after more complaints. A third plan is being mooted to put the sanctuary over END_OF_DOCUMENT_TOKEN_TO_BE_REPLACED

Palomares has a new weekly market. It’s being held every Wednesdy morning and initially will have 35 stalls. First edition was last week.

The county council has launched a national advertising campaign to bring tourists back to Vera & Cuevas after the recent algae scare that saw the beaches closed. The cost of the campaign, 25,000€, is coming out of the provincial tourism fund. It will run on the internet, radio and magazine ads and a series of posters. Despite the claim that it will be national, the print and radio ads are only running in Granada, Jaén, END_OF_DOCUMENT_TOKEN_TO_BE_REPLACED

200 people in the Los Lobos area of Cuevas and Murcia stand to lose all they possess as a new natural park for tortoises is shifted to avoid expropriating farmland. The national government has been ordered by Brussels to declare a new National Park to allow the endangered local tortoise species to survive, after it ran the unnecessary and unbuilt AVE high speed trainline through the centre of their habitat. The AVE, along with the END_OF_DOCUMENT_TOKEN_TO_BE_REPLACED

The Health Department has cordoned off several beaches in Vera and Cuevas after dozens of bathers yesterday were rushed to medical centres suffering severe allergy attacks which in some cases were causing severe respiratory difficulties. The problem is a type of marine plankton called a dinoflagellate (see wikipedia link). It seems that they are blossoming off several beaches in the area, and can cause severe allergy attacks in bathers who come into contact with them. END_OF_DOCUMENT_TOKEN_TO_BE_REPLACED

A massive tortoise sanctuary project in Cuevas has been shelved after complaints by farmers. The central Ministry of the Environment wanted to create a new 500 ha natural park for the massively endangered local tortuga mora, but Cuevas townhall appealed and local farmers who looked set to lose land objected viciously to the plans. Some 130 landowners would have lost land under the plan, but the Ministry originally said that the land was unproductive and END_OF_DOCUMENT_TOKEN_TO_BE_REPLACED 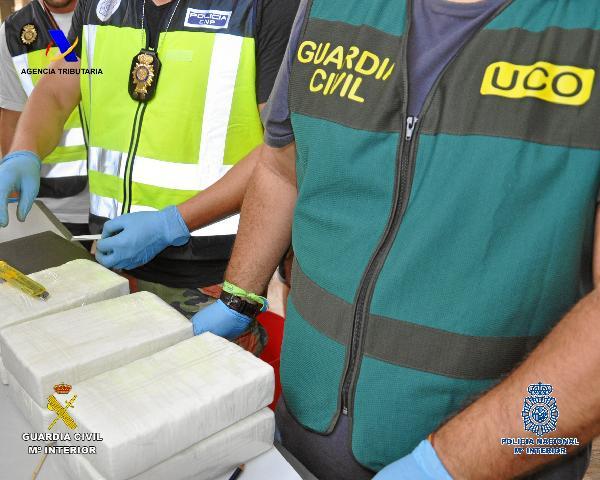 The Guardia Civil have swooped on 11 young men and arrested them for a spate of break ins and robberies across the Garrucha, Vera and Turre regions. The gangs would break into homes, warehouses and cortijos to strip them bare, even down to the copper wiring in the walls. At least 21 crimes have attributed to the gang, who after coming across a stash of air guns and hunting shotguns in one of their early END_OF_DOCUMENT_TOKEN_TO_BE_REPLACED