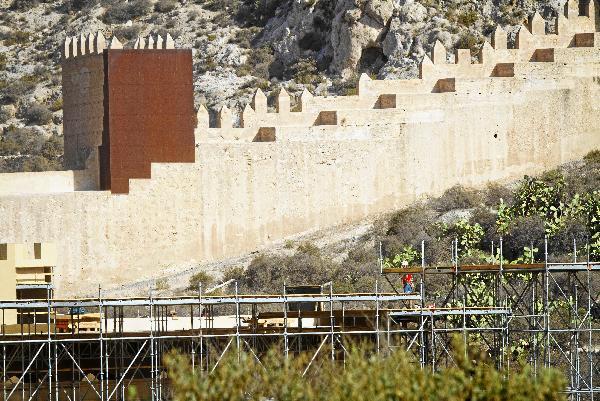 Kevin Reynolds, the US film director who is shooting part of his bible era crime thriller “Clavius” here in the province (dropping 6 million euros into the local economy in the process) has gone back to the golden years of hollywood and wants to hire over a thousand extras for a massive battle scene in Tabernas. Sorry, two enormous battle scenes. Casting is between the 25 & 28th of September in the Moises Ruiz sports END_OF_DOCUMENT_TOKEN_TO_BE_REPLACED

An unspecified amount of the forthcoming film by Kevin Reynolds, “Clavius”, is to be filmed in the province. Reynolds worked with Kevin Costner on Robin Hood and Waterworld. His latest film is a mystery about the death of Christ, starring Joseph Finnes and Tom Felton (who appeared in Harry Potter). It’s not going to be a megaproduction like “Exodus” (currently embroiled in racism scandal because all the heros are, against historical record, white, and the END_OF_DOCUMENT_TOKEN_TO_BE_REPLACED