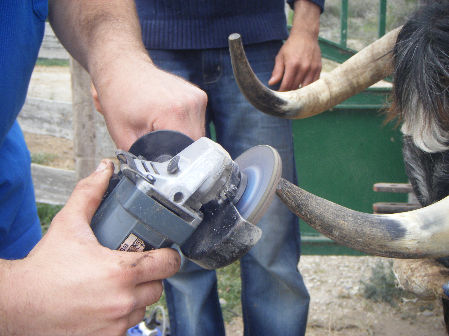 It seems cheating is as endemic in bullfighting as so many other venues of life – the old practise of filing down the horns of the bulls is back in vogue. Police are investigating the remains of hundreds of slaughtered bulls from bullfights across Spain to see whether allegations of widespread cheating in the industry is true. It seems, according to television TVE (clip below), that it’s commonplace for the horns of the bulls to END_OF_DOCUMENT_TOKEN_TO_BE_REPLACED 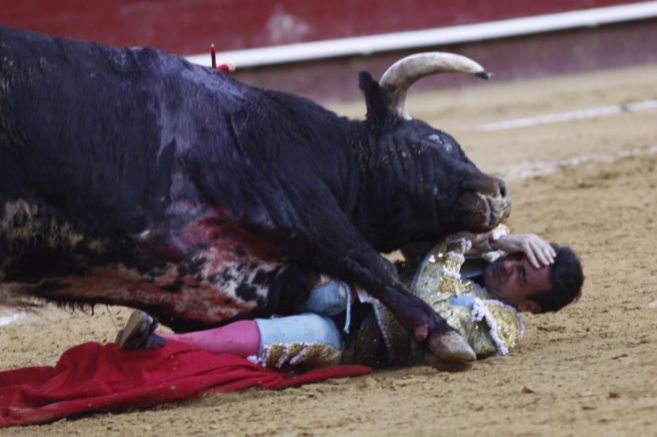 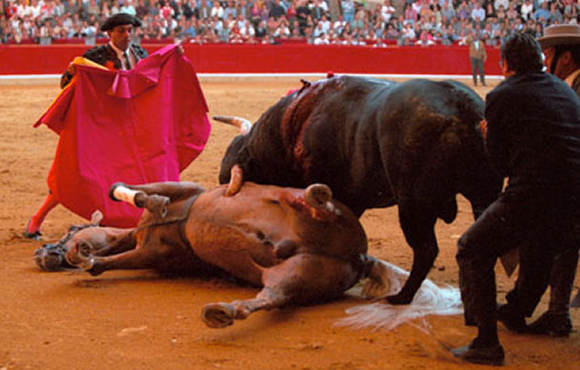 Barcelona city council, having banned bullfighting back in 2012, is going a step further and banning the simulation of bull fighting, as well as all festivals involving bulls. The prohibition means that mock bull fights which involve teasing or distressing the animal are banned, as are corridas or any public spectacle which involves the death of the animal. Also banned are those traditional implements of torture used during the bullfight, la pica, la banderilla and END_OF_DOCUMENT_TOKEN_TO_BE_REPLACED

The Spanish state broadcaster has said it doesn’t see any problems with broadcasting live bullfights on national TV during daylight hours, and that its fine with small children watching them. “The showing of Bullfighting does not affect children” said RTVE. “It is a cultural spectacle which should be treated normally within our programming guidelines” continued the broadcaster when a Parliamentary select committee asked it if was appropriate to show the violent injury and death of END_OF_DOCUMENT_TOKEN_TO_BE_REPLACED

So, it’s been a week since the controversial law was passed by the Catalunya autonomous government (generalitat), and the worst of the hysteria has died down. No, wait, it hasn’t. Still going strong. It’s even made Spain forget about the World Cup win. I thought it best to have a look at the law myself. Of course, it’s in Catalan, which I don’t speak, but anyone fluent in speaking Castellano with a French accent, and END_OF_DOCUMENT_TOKEN_TO_BE_REPLACED

Catalunya has taken a further step away from Spanish identity with todays decision in the local Parliament (Generalitat) to ban bullfighting. 68 regional MP’s voted YES to the motion, with 55 against and 9 abstentions. The law will come into force in 2012 and ban all organised bullfights. The law came into being after a popular motion was carried by animal rights groups to the Generalitat, after they gathered sufficient voters signatures (180,000) to force END_OF_DOCUMENT_TOKEN_TO_BE_REPLACED