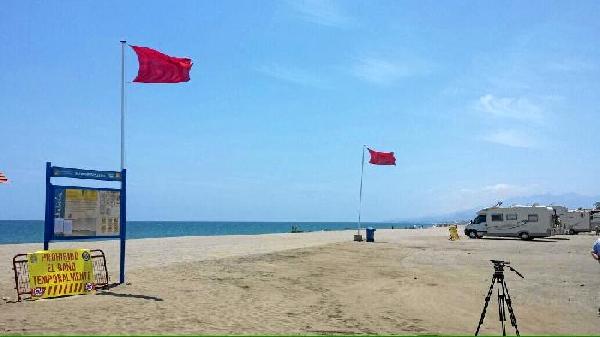 The closure of beaches in Vera & Cuevas “have no time limit” according to the town halls, who issued a joint statement last night. The Andalusian Ministry of Health recommended the closure of the beaches after a dangerous microalgae which can causes rashes and respiratory difficulties was detected in the water on Tuesday. Dozens of bathers have needed medical attention after coming into contact with the algae. The algae also gets washed up onto the END_OF_DOCUMENT_TOKEN_TO_BE_REPLACED

Andalucia has announced a sponsorship deal with Aston Villa (backing a winner there!) The deal is initially for two months (Nov and Dec) but is expected to be renewed for the forthcoming season. Rafael Rodriguez (Andalucian Minister for fun) says it’s given Andalucia free publicity to the tune of €70,000 in the UK and €350.000 worldwide already. There’s a fawning bit about it on the Aston Villa website here. A 115,000 people flew into Andalucia END_OF_DOCUMENT_TOKEN_TO_BE_REPLACED