The Junta has approved the creation of a dry port in Níjar, which could create up to 3,400 jobs. We haven’t heard anything about this for ages and suddenly it pops up again. Question is: Where are the trains that will supply the port??? 174 hectares of land next to the motorway in Níjar has been set aside for this massive project. The idea is to create a logistical centre which will receive products from END_OF_DOCUMENT_TOKEN_TO_BE_REPLACED

Two different accidents involving trailer lorries closed the A-7 motorway twice last Sunday. In the first incident, an articulated lorry carrying fruit caught fire at km point 549 near Húercal-Overa on the Murcía bound lane at 2:30 am, closing the motorway for more than eleven hours. Fire inspectors believe the lorry caught fire after a wheel exploded. The driver and passenger were able to escape from the blaze unhurt and alerted the authorities. Although the END_OF_DOCUMENT_TOKEN_TO_BE_REPLACED

Stuff all the nonsense about whether Corvera will ever open, we now have the two largest airports in southern Spain at roughly the same distance from us. The new motorway to Malaga is fully open, and from here to Malaga will take roughly 2 hours 30 minutes. Malaga is now 110 minutes from Almeria city, add the 45 minutes it takes to get there and another 10 mins to get to the airport… Flights from END_OF_DOCUMENT_TOKEN_TO_BE_REPLACED 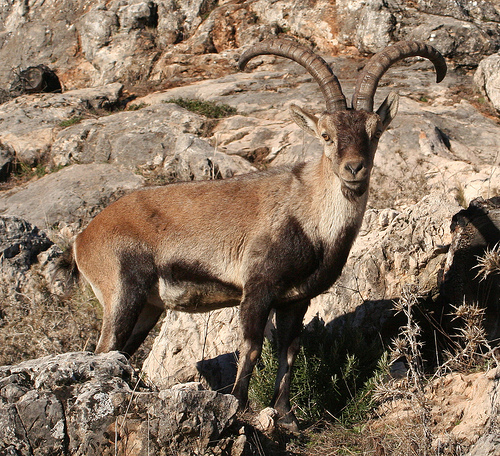 A man has been awarded €50,000 compensation by a local court after he hit a mountain goat that had strayed onto the motorway near Almería city four years ago. José Manuel J. M. was driving his motorbike at a steady 90 kph when he went round a bend and found several wild mountain goats milling around. He bounced off one with the usual nasty results one can expect. Anyway, after four years in the courts, END_OF_DOCUMENT_TOKEN_TO_BE_REPLACED

It’s been over 20 years in the making, but the Almería to Málaga A7 coastal motorway will finally be finished next year. It hasn’t been an easy motorway to build, the sharp cliffs and unstable terrain has made the motorway a slow and costly affair to build. The Castillo de Baños (Polopos) – Albuñol bit will open at the end of this month in a lavish ceremony: the 15 kilometre stretch has cost a whopping END_OF_DOCUMENT_TOKEN_TO_BE_REPLACED 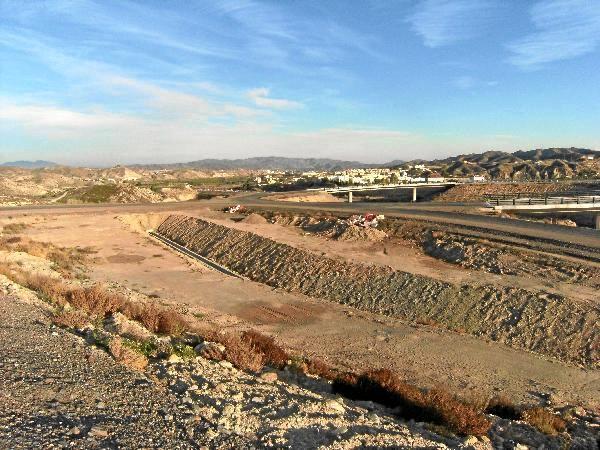 The Junta de Andalucía had promised that works on the Almanzora motorway through Albox would restart by Easter. Well, as ideal newspaper points out today, we’re past Easter and still no sign of any workers. Nor has the Ministry responded to questions on timescales. However, a motorway in a similar situation, called the autovía del olivar in Jaén, on which works stopped two years ago, today saw the return of workers, after the EU stumped END_OF_DOCUMENT_TOKEN_TO_BE_REPLACED

The government has admitted it has “very advanced” plans to make a number of national motorways – including our own coastal motorway A-7 – toll roads in order to raise money for maintainence. The system would be similar to other EU countries such as France or Germany, where you buy an “intelligent sticker” to put in your car, which then ticks off money every time you go through a toll barrier. Only private users would END_OF_DOCUMENT_TOKEN_TO_BE_REPLACED

The AVE works have warned that they will be cutting the motorway and the CN-340 over the next few days to allow for blasting of rocks in the way of the AVE works. They haven’t told us when, just warned us of “intermittent” five minute road blocks between 10-17 Mon-Thurs and 10-12 on Fridays. The roadblocks will be between km 514-518 on CN340 and the A7 motorway 515.5 – 521.5, next to the works. So END_OF_DOCUMENT_TOKEN_TO_BE_REPLACED