What to do on a calm weekend? Over breakfast, as I fruitlessly delved into the fridge for something to eat as the missus cooked up her carnivorous desayuno, I popped this question.

(No, not that question. Dirty boy).

To my surprise, I was met with a firm decision to visit the basalticas of Cabo de Gata.

Now, I was convinced that you could only see them underwater. But after a check with geologist-supreme David Monge, I was pleasantly surprised to find out that you can see them out of water.

In short, we’re talking about basaltic columns. Ever seen the Giant’s Causeway? (I have). Fingal’s cave? (Yup). Same sort of thing. Only, it turns out that our local things aren’t basalt. Volcanic eruptions that solidify in hexagonal, or cylindrical, form. David Monge explains more.

So we set off for the Cabo de Gata. Interrupted only by a quick stop in a hide outside Las Salinas to watch the flamingoes, after having navigated the Michigen tyre track place.

You can’t see the flamingoes in the photo. I had to spend a euro on the telescope carefully placed there to con doting parents into parting with their paycheck. Baby loved it. Anyway, you could see them standing upon one leg and everything.

Flamingoes don’t do much. We carried on, after a while. Baby found a snail which he liked. That kept us amused for a bit.

You carefully drive around Las Salinas, past such temptations as the Orta brother’s supermarket, Carmen’s fishmongers and el chrin-goto beach bar. Ironically, a traditional gypsy beach bar around the back of the traditional Guardia Civil frontier post. How we laughed. I bet the Guardia gave up first.

Hell of a lot of wild campers. I bet we counted 60. Some of them caravans with their legs down.

We carried on regardless. Much to my surprise, La Almadraba was a lovely place. Lots of interesting chiringuitos, which seemed to be more orientated towards the Spanish than the guiris.You can stop in the church there to get information about the park – it was built in the early twentieth century, but later abandoned and then restored as a civic building in the 21st century.

We carried on into the park. Hell of a climb. 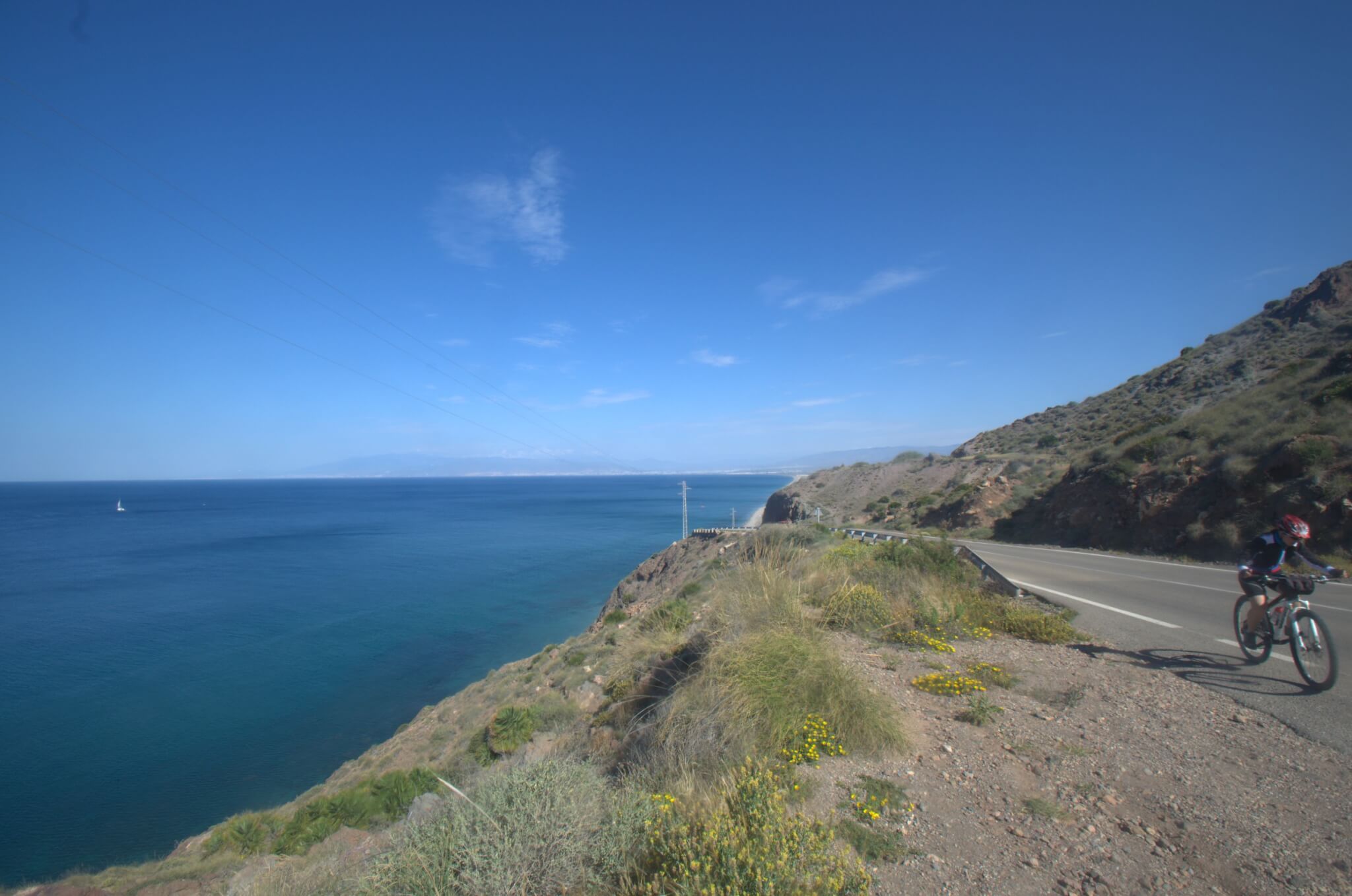 We saw a pod of dolphins out there. Lovely.

After rescuing Baby, who had fallen down the cliff whilst collecting flowers for his Mummy, we carried on.

To the lighthouse. Whereupon, we scrambled down the cliff, around the base, and out to sea via a gap in the cliff used by the local fishermen. And around on the cliff base. Thanking God that the Med doesn’t have tides. 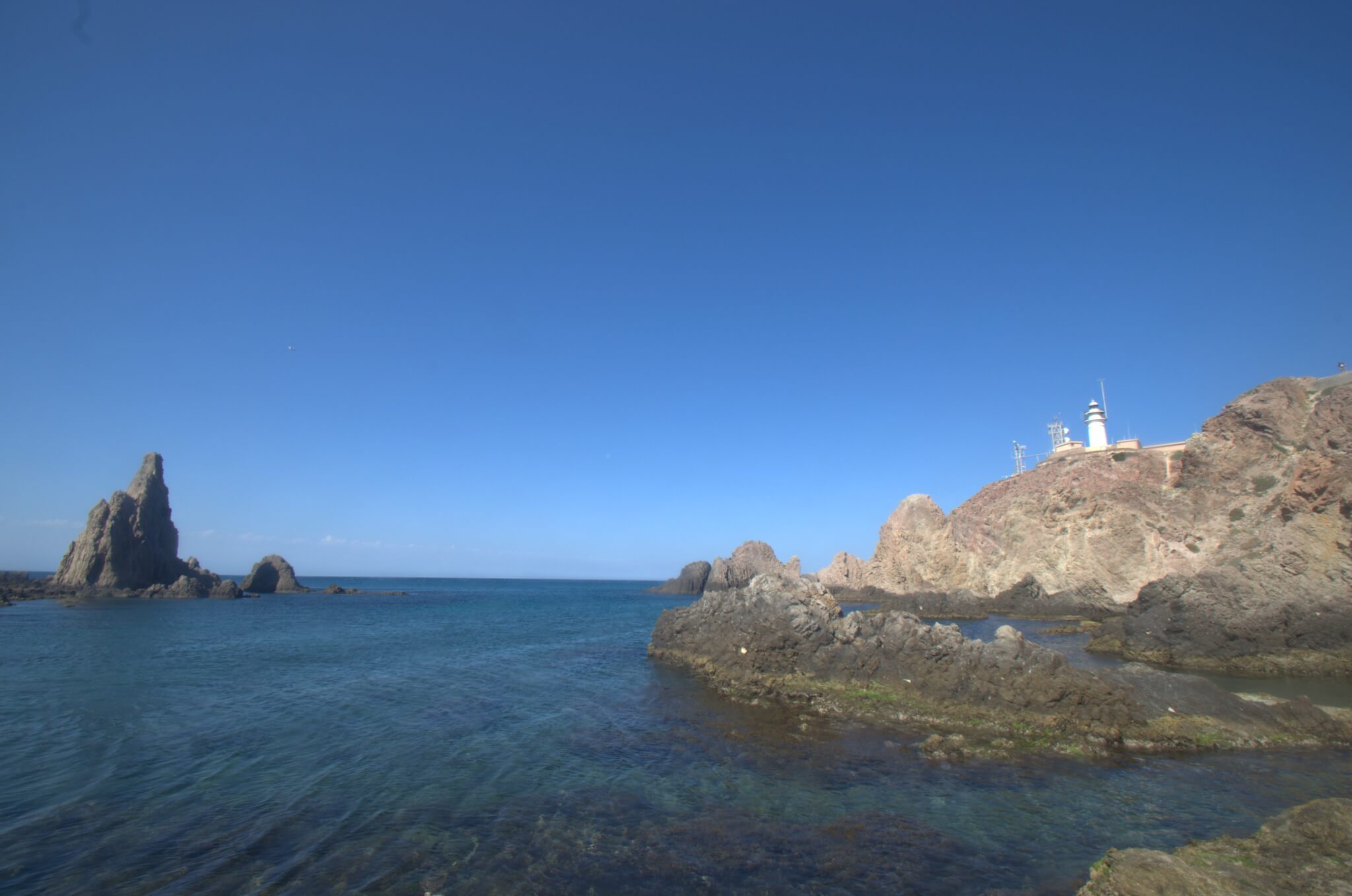 The sea was calm. But the rocks were rough. 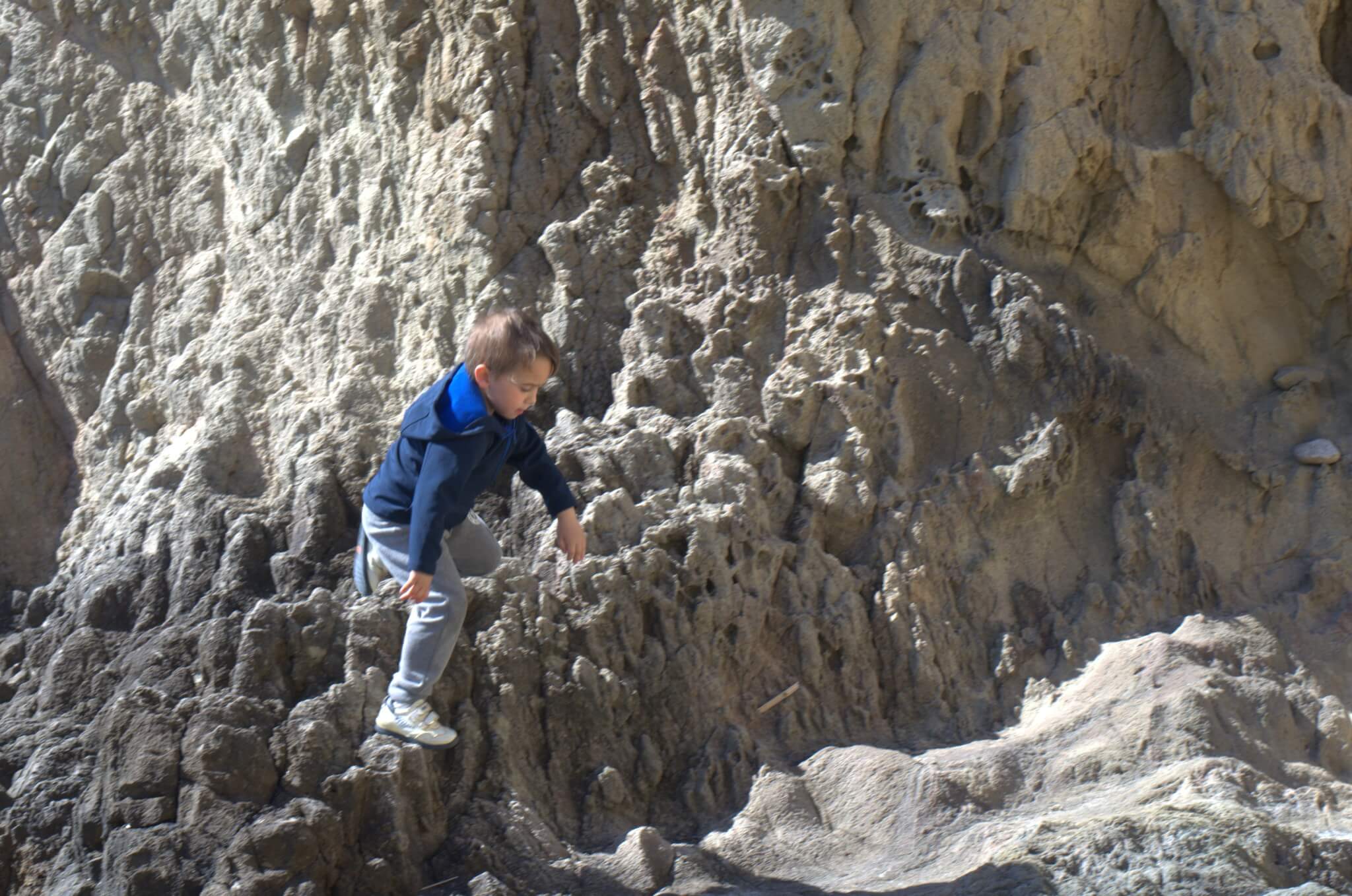 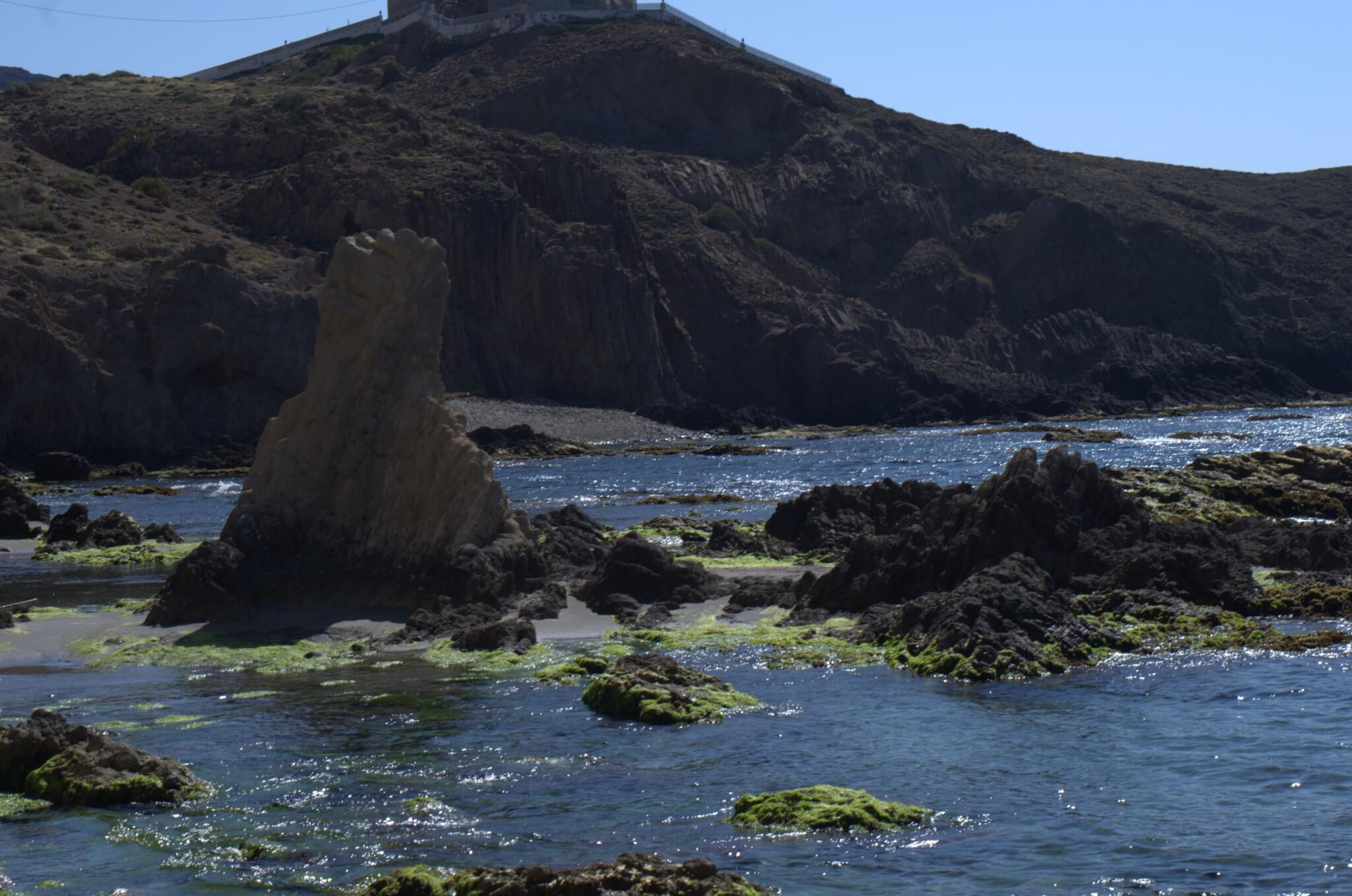 But there were plenty of jellyfish. Each of these pink things were a jellyfish. 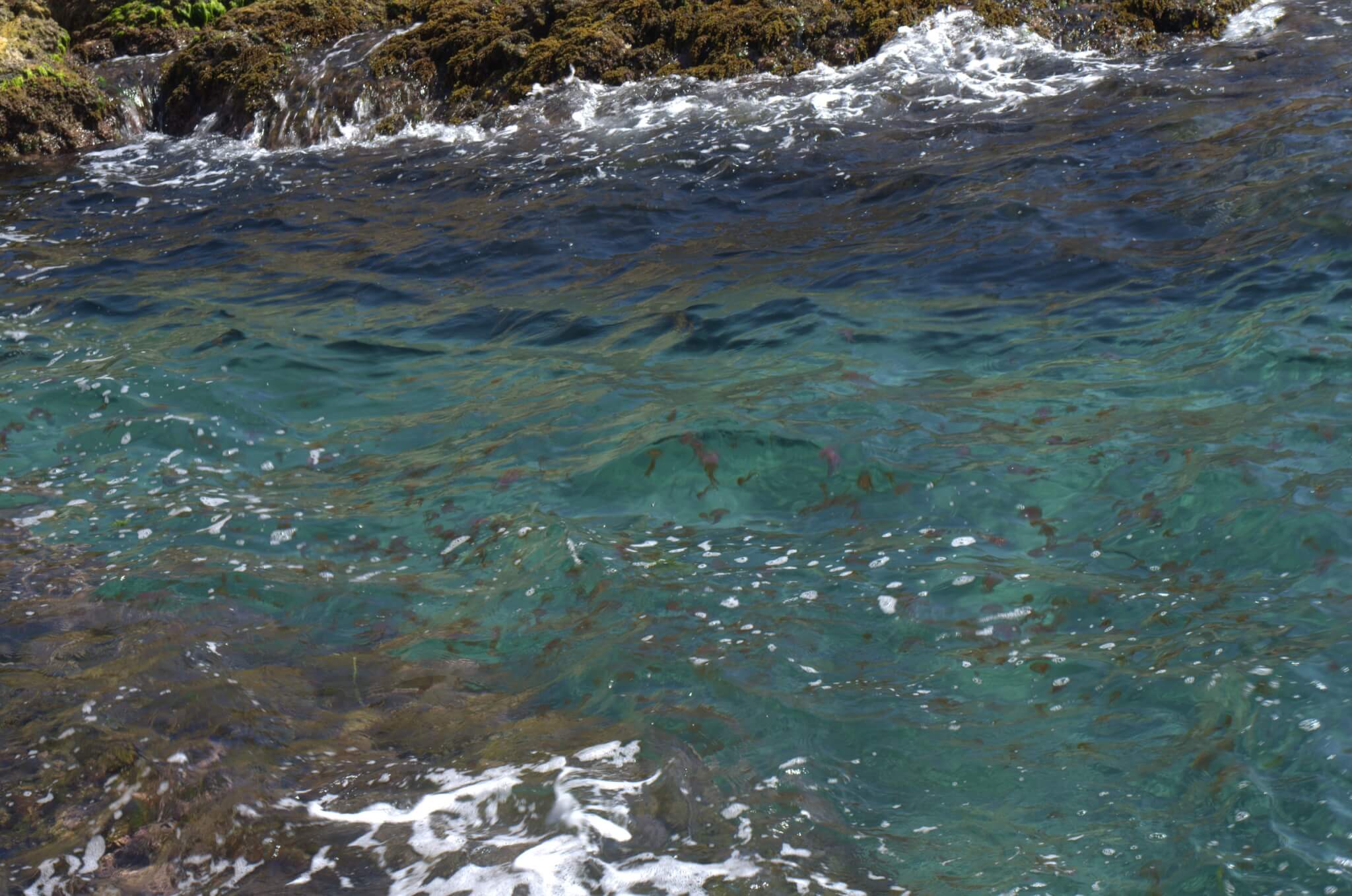 I don’t go into the sea because of jellyfish. Some years ago, off Los Genovenses, I went into the sea, encouraged by people. Whilst standing there feeling smug, the fat German lady next to me got stung by a jellyfish, thus vindicating me. This photo only reinforces the prejudices.

Anyway, we carried on over the various bays. 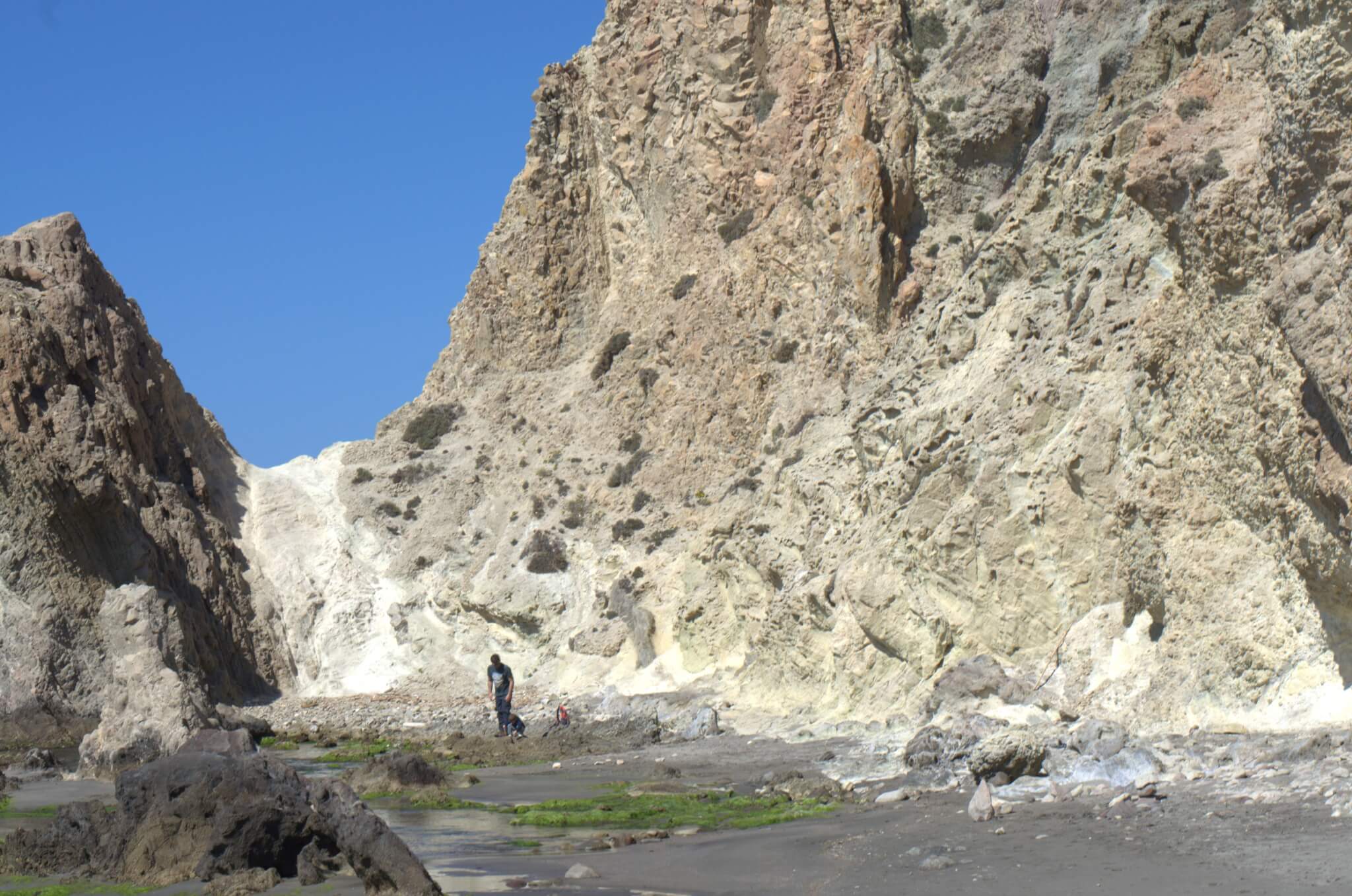 Surprisingly, it turns out that I didn’t take many photos of the basalt columns. Still, there were plenty of them there. 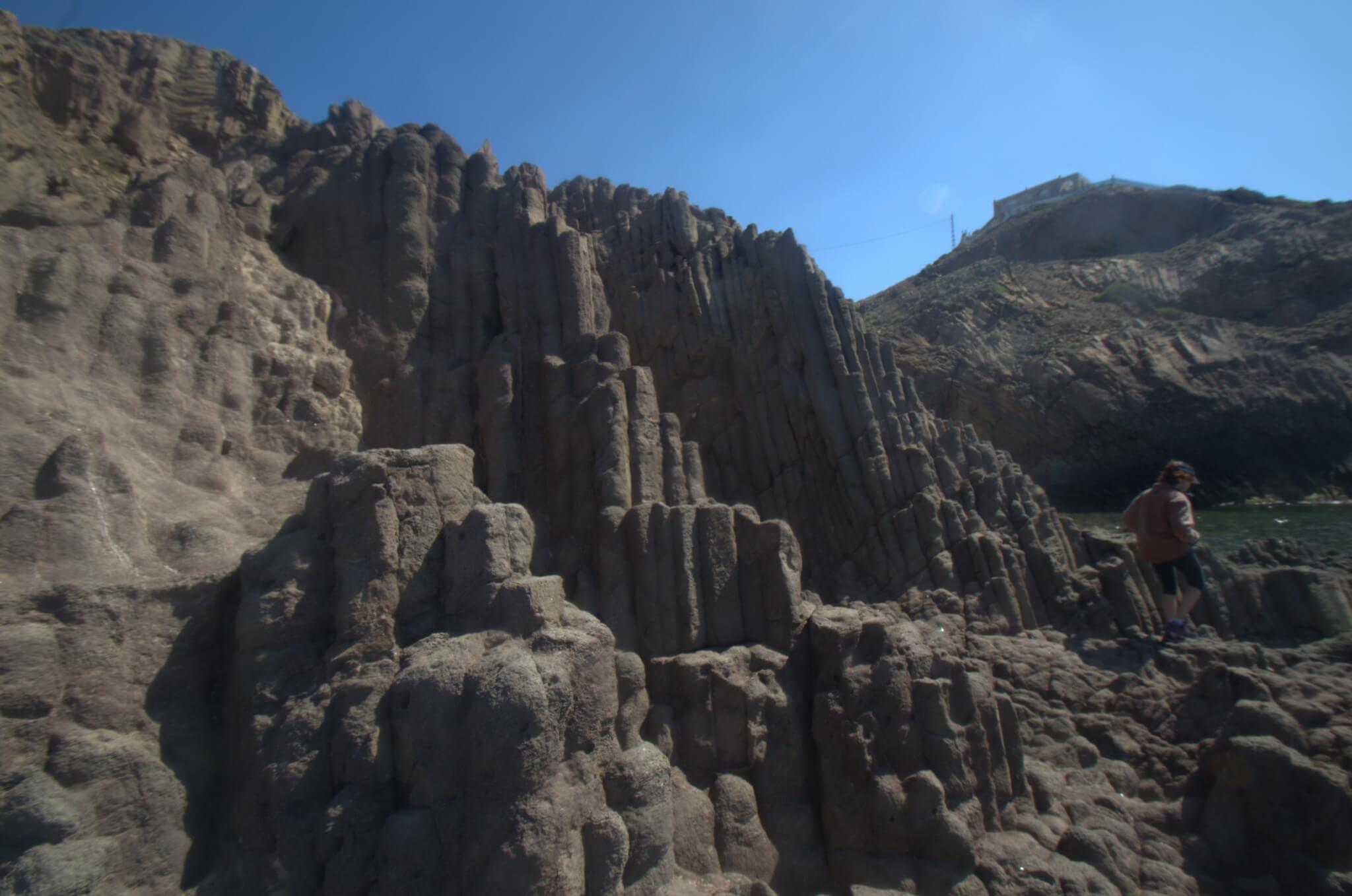 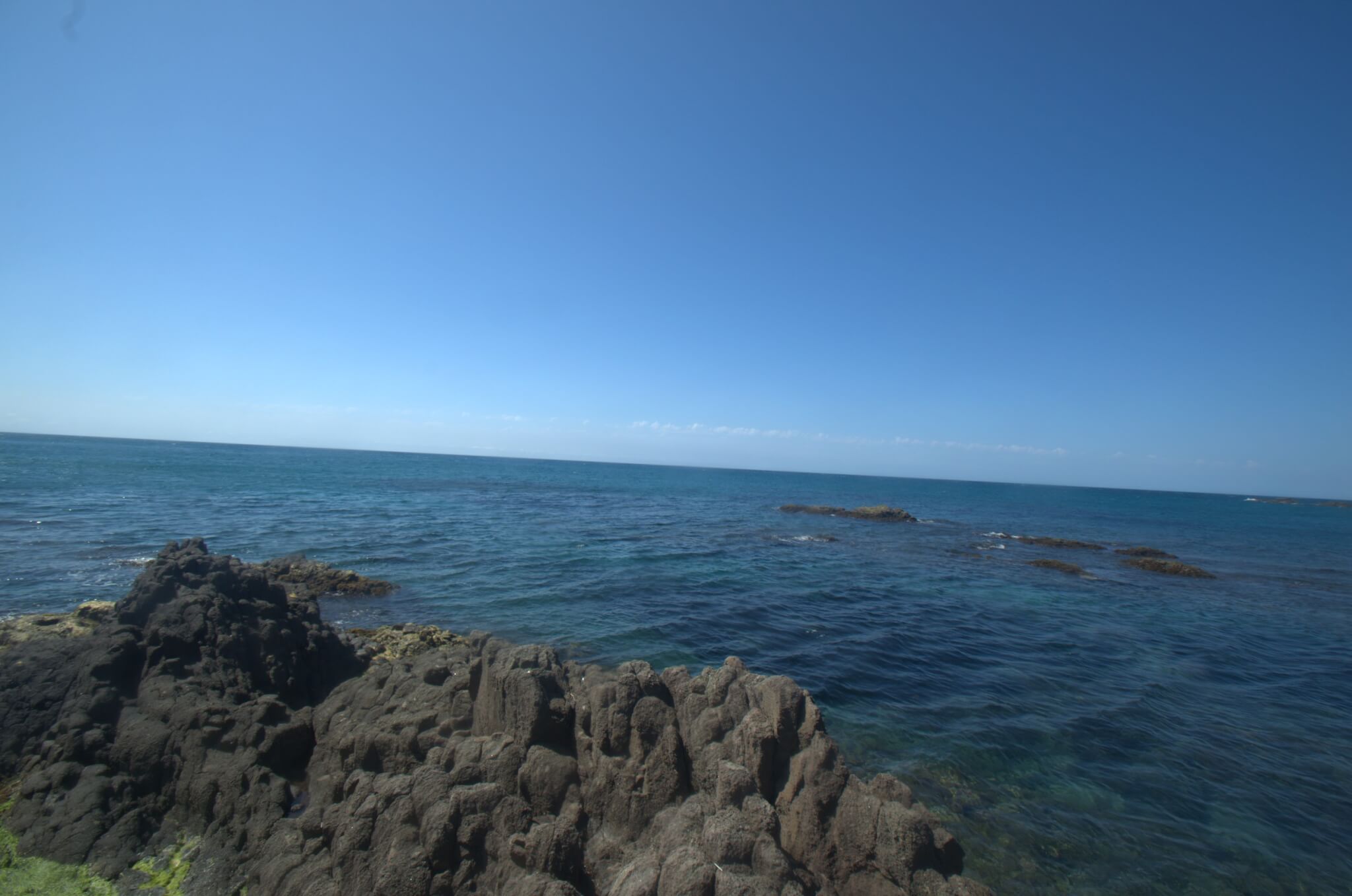 Anyway, a fun day out. Lots of basalt columns. We went up to the top of Vela Blanca and looked over the side. (It’s worth wondering why this is called the peak of the white candle – I won’t give it away, go and look). Almost 300 metres of sea cliff, which was fun. All in all, a fun morning out in an unusual part of Almería.

Well worth a visit.

One Reply to “Geology comes wild”