I love Dublin. Scruffy old town that it is, it used to be my old stomping ground. (When I escaped out of Wicklow). I have a great love for the place 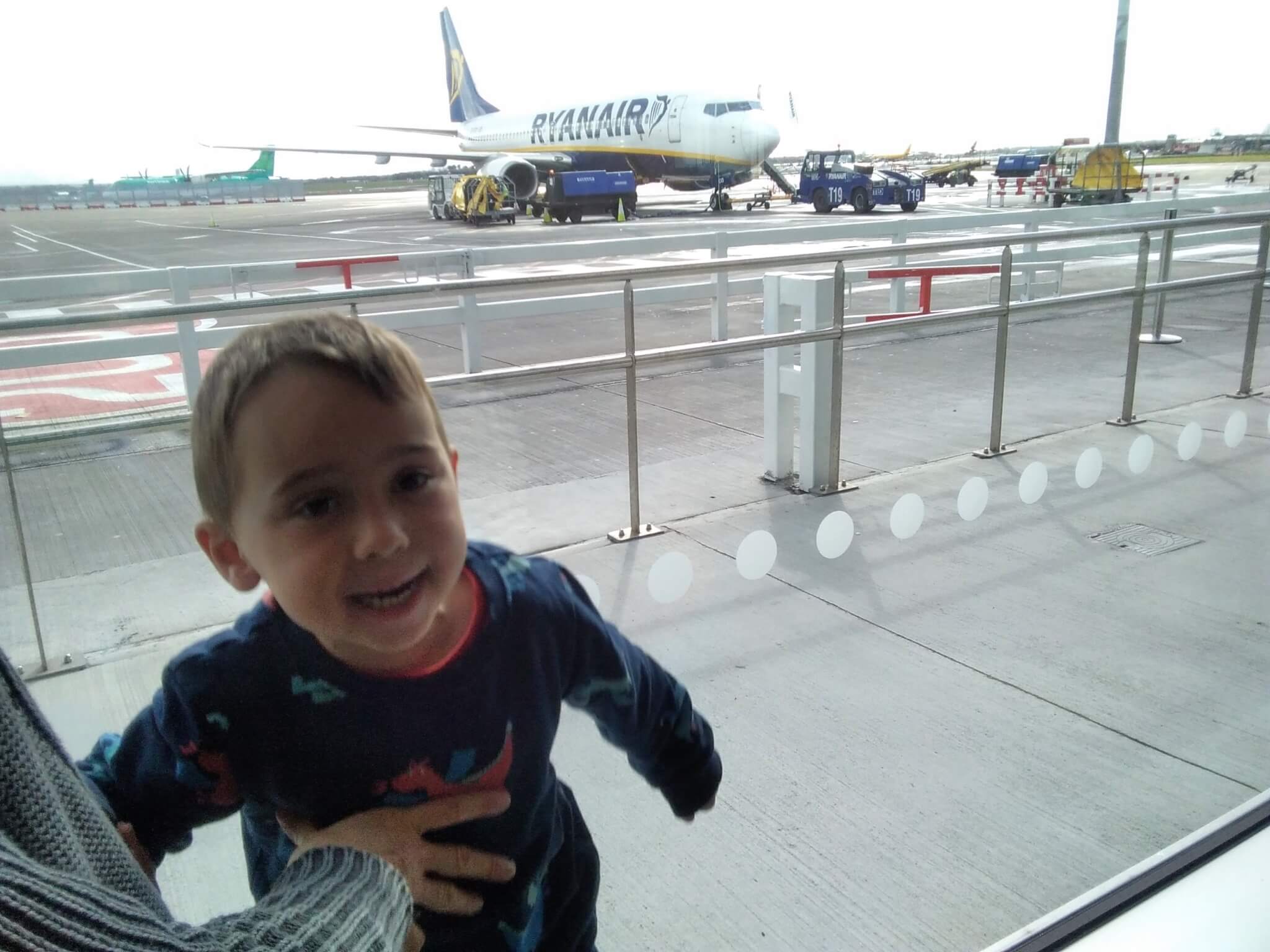 Even being confronted with a march for the 32 counties on Easter Sunday didn’t phase me. I just pointed out that fact to my 4 year old son that one of the protestors had a M&S bag as evidence of the nonsense they were ‘marching’ for. Who cares, as long as they buy in our shops?

Anyway, we just smiled, took pictures and spoke Spanish  They loved us. Many shouts of ‘¡Puigdemont!’ What did baby know. He just loved the attention.

Looking back on it, it was horrible. These people were chanting for the destruction of a small child, who when introduced to made them go all gurgle. Can’t we just get along in peace?

I’ve lived in Eire and all the time I was there never felt anything but love and acceptance from the locals. Those who know me will agree that I don’t really pass for anything other than an Englishman. The locals didn’t care. Nor did I. Best year of my life.

And in the Galway hotel steam room I heard an Englishman and a Limerickman bond over their hate of living abroad. They both agreed there was “no place like home”. So why do we have to put up with this nonsense -whether it be unionist or nationalist? Both troublemakers, trying to stir up nationalist fever for personal advantage. 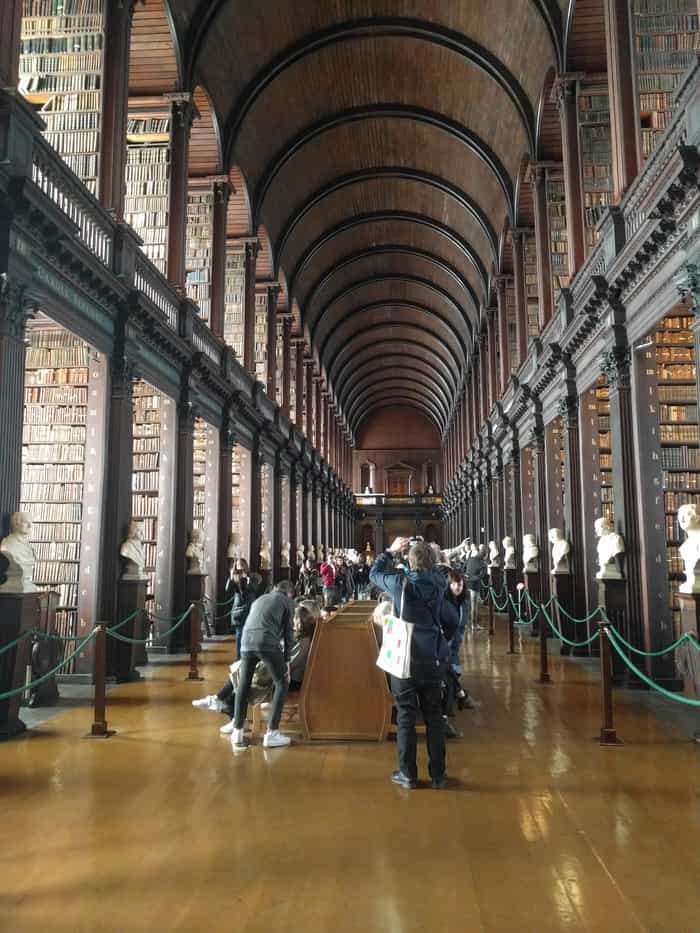 Whilst in Dublin I saw three types of political signs. One was anti-abortion (the referendum is soon). Quite a few street protests. To my surprise, I saw none of these on the west coast.

The second was Sinn Feín calling for national unity. These had the general feeling of a national campaign that was expected of. No enthusiasm whatsoever.

And the third was a genuine local political campaign, of local councillors calling for love in their local councils. This is what Ireland is all about – loving and caring for their local streets. Potholes, local security and postal matters mainly.

I’ve said it before – Ireland is England, but with pride in their barrio.

Notwithstanding that, there were more homeless people than I remembered. In the UK, the epidemic is blamed upon the homeless ex-military. Eire doesn’t have a military, so it can’t be that. There seemed to be a lot of homeless people. I read in the paper that Dublin is the only council to have upped spending upon homeless shelters, so maybe that attracted them. Certainly I didn’t see any in Galway.

Anyway, Ireland. It’s easy to get to from Almería, a three hour flight with Ryanair and there you are. All you need is someone to look after the cat.

We went from 26ºC to 3.5ºC. It was glorious. Irish weather. It threatened, but held off during the holiday. Just enough rain to make us feel professional in our all-weather gear.

Why do I love Ireland? Here’s an example. The last time I turned up with a baby to rent a car in England I was turned away. (Some nonsense to do with an English driving licence and no credit score). Efficient heartlessness. Thank you, Europcar. You bastards.

In Dublin, I was taken to the front of the queue (aye, you don’t want to be waiting with the wee one) and upgraded (to be sure, the car you ordered won’t be big enough. No, I insist). Thank you very much, Sixt rent a car. A great experience.

Oh, and in Scotland I was also turned away, but given directions towards a better company.

OK, so they gave me a Passat. A great car, but after driving one I understand what Clarkson means when he says it’s a car for souless salespeople who are always on the motorway. Boring as hell. After two hours it beeped and warned me “Driver: 2 hours driving. Stop and take a break”. Accompanied with the sign for a cup of coffee. It’s just a conspiracy to sell coffee, I tell you.

The thing about Dublin is that you quickly feel as if you belong. You don’t get that feeling anywhere else. Go to London, Rome or Berlin, you are ignored. Madrid, Paris, Vienna you are made to feel a tourist. Turn up in Dublin – you’re home.

Another example. Baby was on the number 16 bus. A lady was on the phone, and was thrown backwards as the bus hit the brakes. She said a rude word on the phone, and Baby gently leant forwards and pulled on her dress. As she looked down in surprise, he said “we have to stop, the light is red” and gestured towards the traffic light.

The driver struck his head out of the window and said “Yup”. The woman hung up and agreed with Baby. And for a minute, the simple words of a small child were the whole world of everyone on that bus, as everyone leant forwards to discuss the simple everyday transaction of a red traffic light with a small child.

So I was in Dublinia, the excellent museum of Dublin.  They had a sign asking whether “should development always be allowed to continue despite historical significance”. Underneath was a Yes / No board.

Hardly corruption by Spanish standards, but it’s a slippery slope.

But isn’t that cunning why we love the Irish? 😉