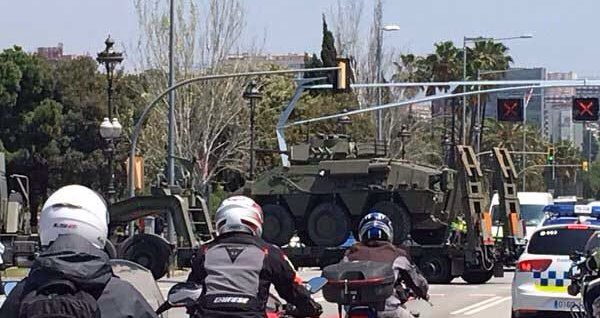 Spain is rushing headlong into its worst constitutional crisis since the Civil War. And if Barcelona has its way, it will cause a crisis across the EU that makes Brexit look like an irrelevance. Madrid has shown itself to be incompetent and opportunistic in refusing to listen to the nationalists demands. Although this has distracted attention away from allegations of corruption levied at the very heart of the ruling PP party, Mariano Rajoy has only END_OF_DOCUMENT_TOKEN_TO_BE_REPLACED

Turre townhall has cancelled Martín Morales’s proposed “land grab” in Cabrera. Sitting in closed session last Tuesday (Sept 12), the ruling body (made up of 3 PSOE councillors and 1 IU, Martín) decided that the plan to change the way the mountain urbanisation is run is “not economically viable” and cancelled the project. All PSOE councillors voted in favour of the motion, and Martín voted against. Their decision may have been swayed by the vast END_OF_DOCUMENT_TOKEN_TO_BE_REPLACED