I was sad, once again, to be leaving Islay. I pottered around the hotel room for a bit, idly picking up and discarding items to pack. Then I realised I’d better get a move on if I was going to see anything before catching the ferry.

My original intention had been to push north to Oban via the island of Colonsay. But it turned out – I hadn’t read the small print – that the ferry only ran on Wednesday and Saturday. So I was going to have to return to the mainland and drive the 55 miles to Oban.

Change is as good as a rest, so I departed from port Ellen, having arrived at port Askaig. No real reason other than timetables. But before that, a little more of Islay, as I had time to kill.

I was intrigued to note the Spanish lorries picking up shellfish. 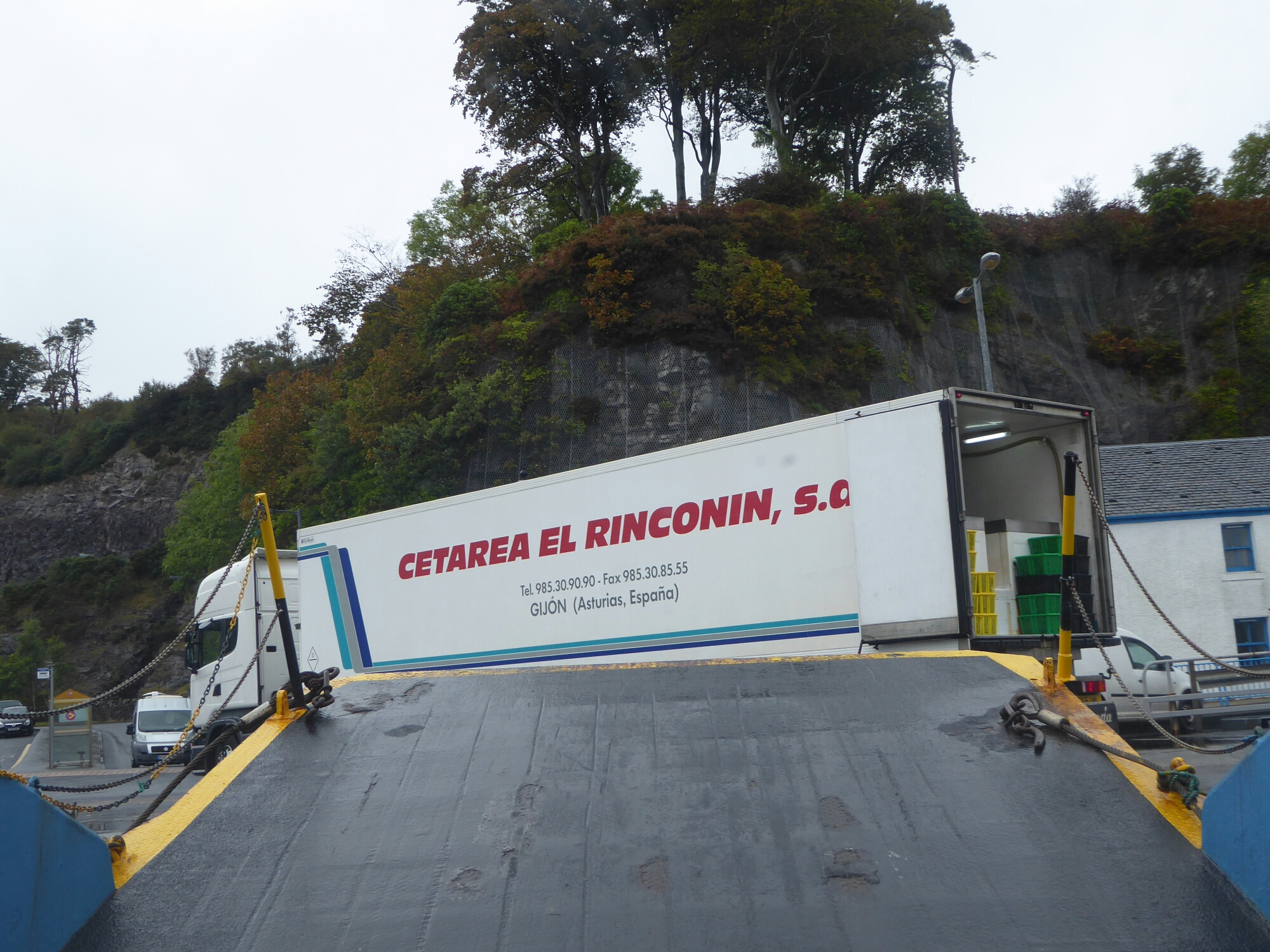 Remember that next time you order mussels in Garrucha. Although I know they’re from local waters – I know some of the fisherman. Especially one. He once got caught packing the big mussels on the outside of the net, then filling the inside of the tunnel with the little ones. Thus ensuring a good price per bag. But that’s another story.

It’s interesting that Spain is one of the largest importer of Scottish shellfish. Razor blades, or the delicacy navajas, for example. The Scottish don’t eat them, but the Spanish pay big bucks for them.

I had one of two options: take a distillery tour or wander around. I don’t drink whisky, and am too embarrassed to admit this to a Scotsman, so I decided to wander around instead. I went to Oa.

The Oa is a peninsula of Islay which is a bit wild. It has another RSPB reserve on it. I wandered over and found a lovely old lighthouse.

In fact, yesterday’s blog post was dictated into the phone whilst sitting on a sheltered rock around the front of that lighthouse. Out of the wind, in the sun. Just here:

The rest of the Oa is described as the wild part of Islay. Compared to Jura it’s a pussycat.

I was surprised by the number of red phonebooths still in use on the isle. I stopped at one and found it fully functional. I counted six, there may be more. 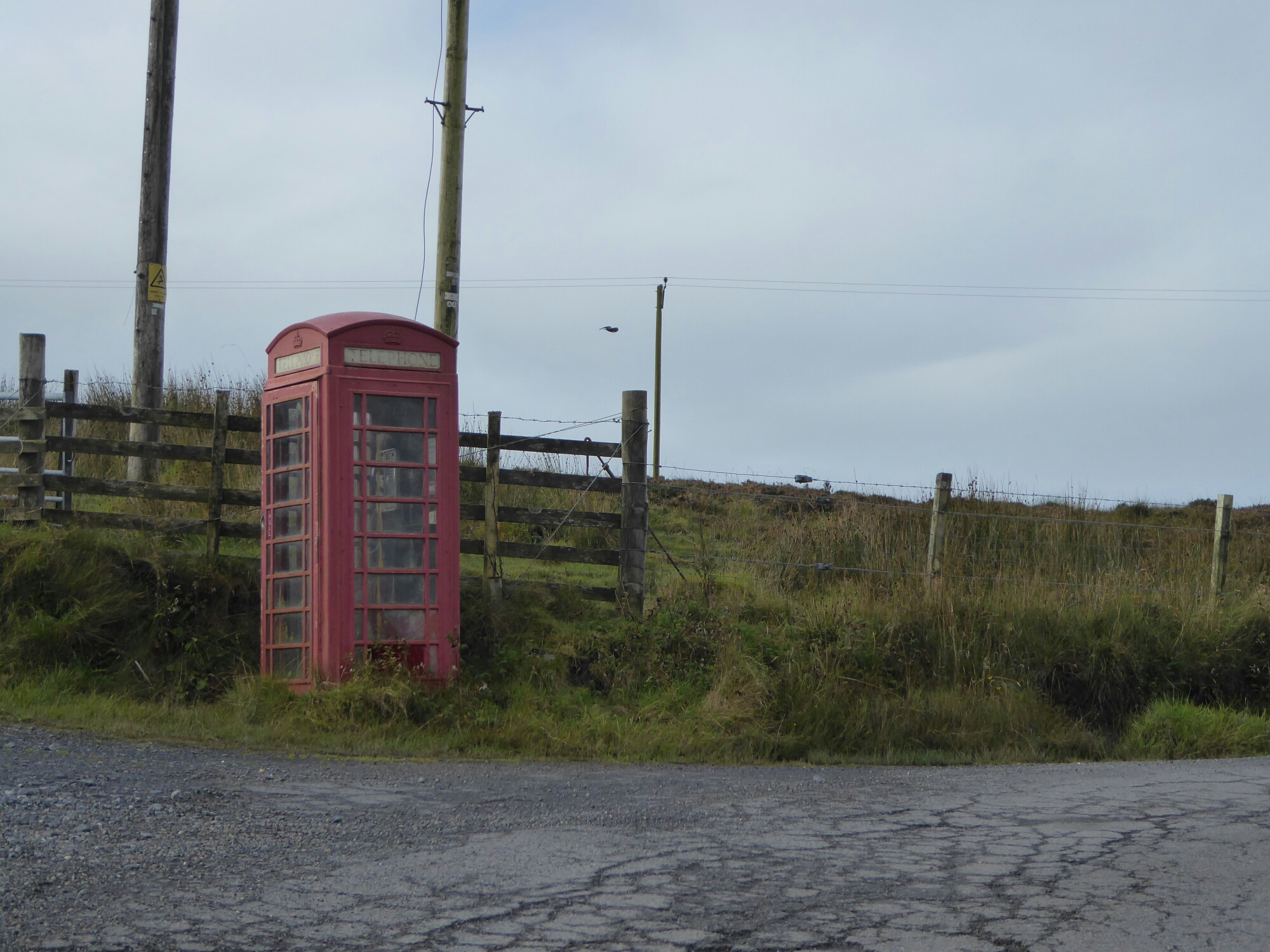 I was also delighted to find the town cinema, parked up. 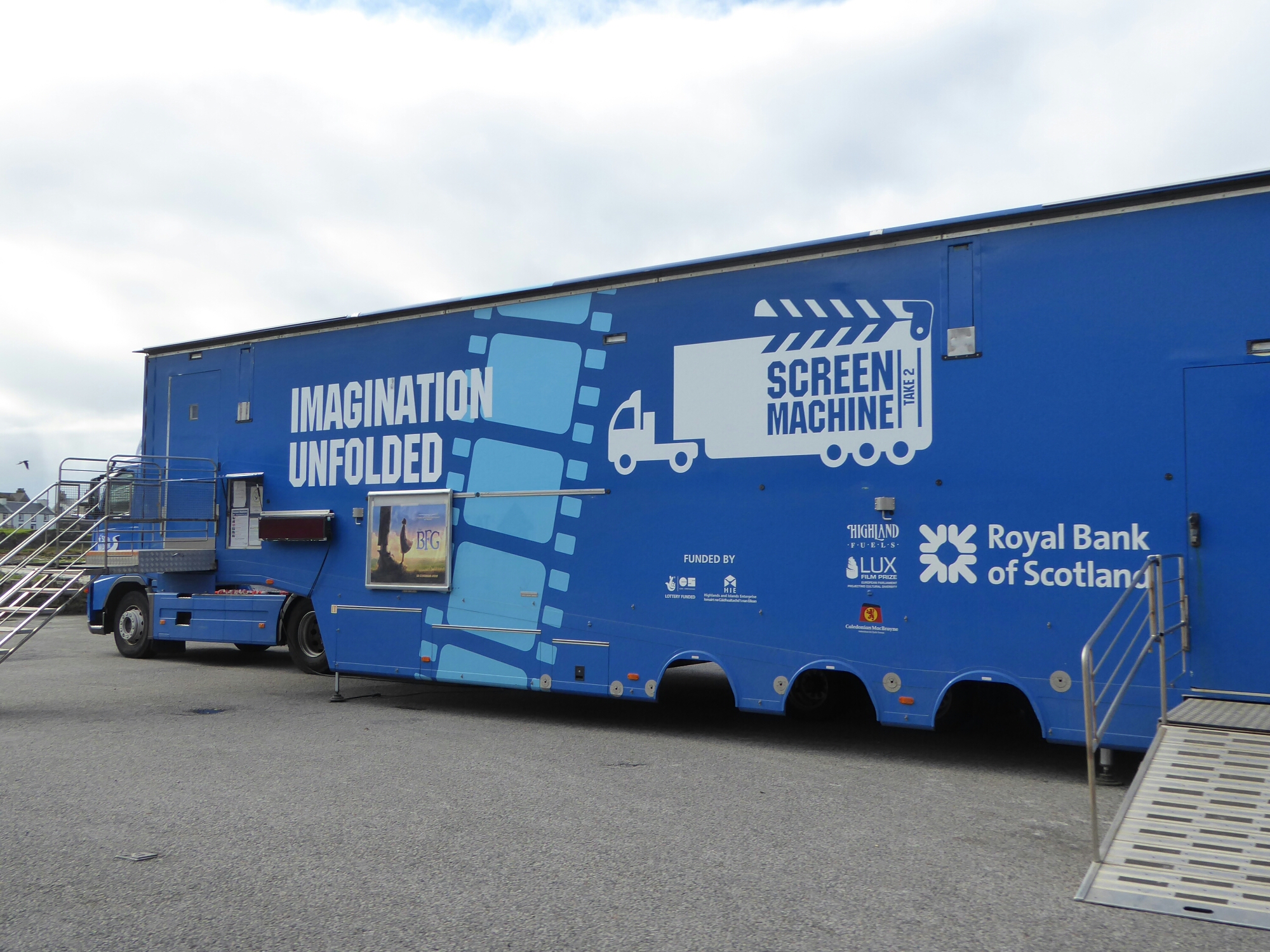 Time came to depart and off I pottered to the ferry. The ferry men were an amiable bunch, as are all the islanders here. They asked an group of Americans behind me if they’d purchased any whisky on the island, them kidded that they were the official whisky tasting team. How we all laughed. Well, maybe you had to be there.

And off we went, on the MV Finlaggen. A newish ferry, sharp and clean. Well, they’re all clean. A bevy of grey seals watched us leave. 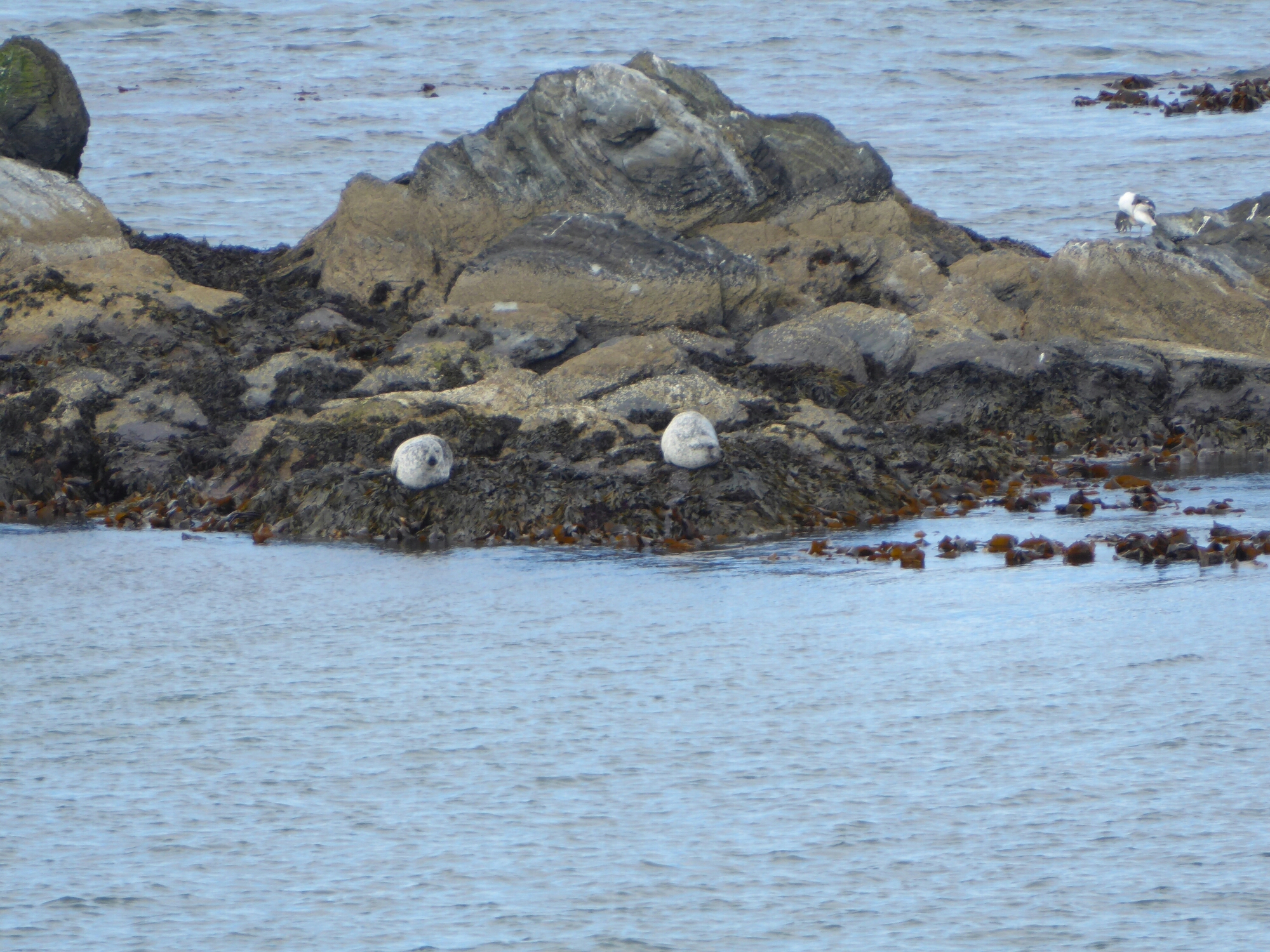 I was lucky enough to see not one, but two pods of dolphins on the way back. Why people rush into the canteen to eat and hide from the elements on these trips, I do not know.

As usual, I perched at the front of the ship. This means I now know the secret access code onto the restricted deck. I shan’t post it here, but if you are going aboard and fancy knowing it, give me a shout. 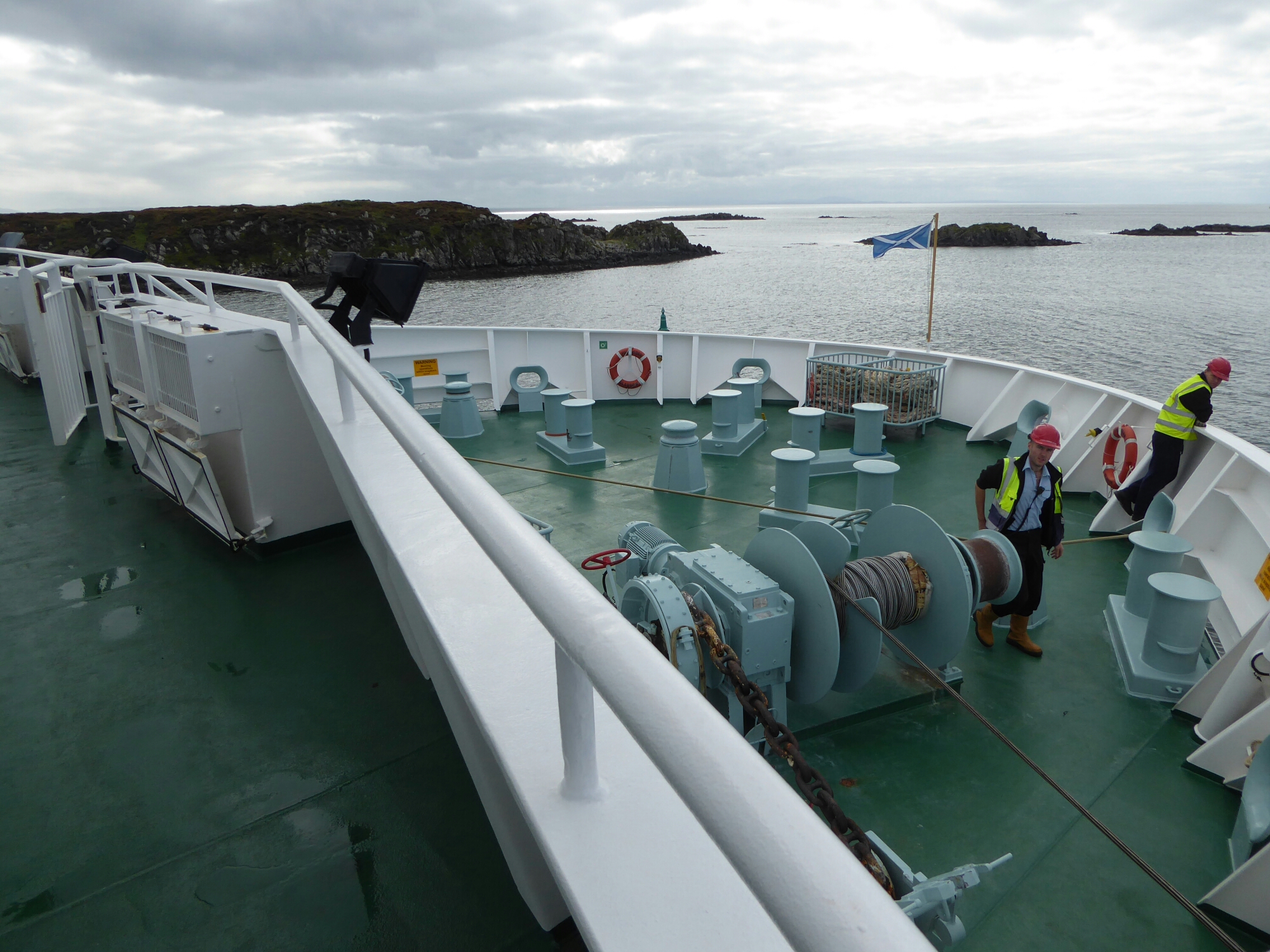 But no whale yet. I saw a whale on the last Lewis – Oban trip and it was magical. But nothing here.
Back on the mainland I headed north. I spent a happy few hours wandering around several stone age sites on the way up, and found the darkest forest I’ve ever seen in my life. You couldn’t see more than four trees in, amazing.

Plenty of Atlantic culture cup and saucer drives, too. You don’t get those in Almeria, the Argar are assumed to have killed them all off. 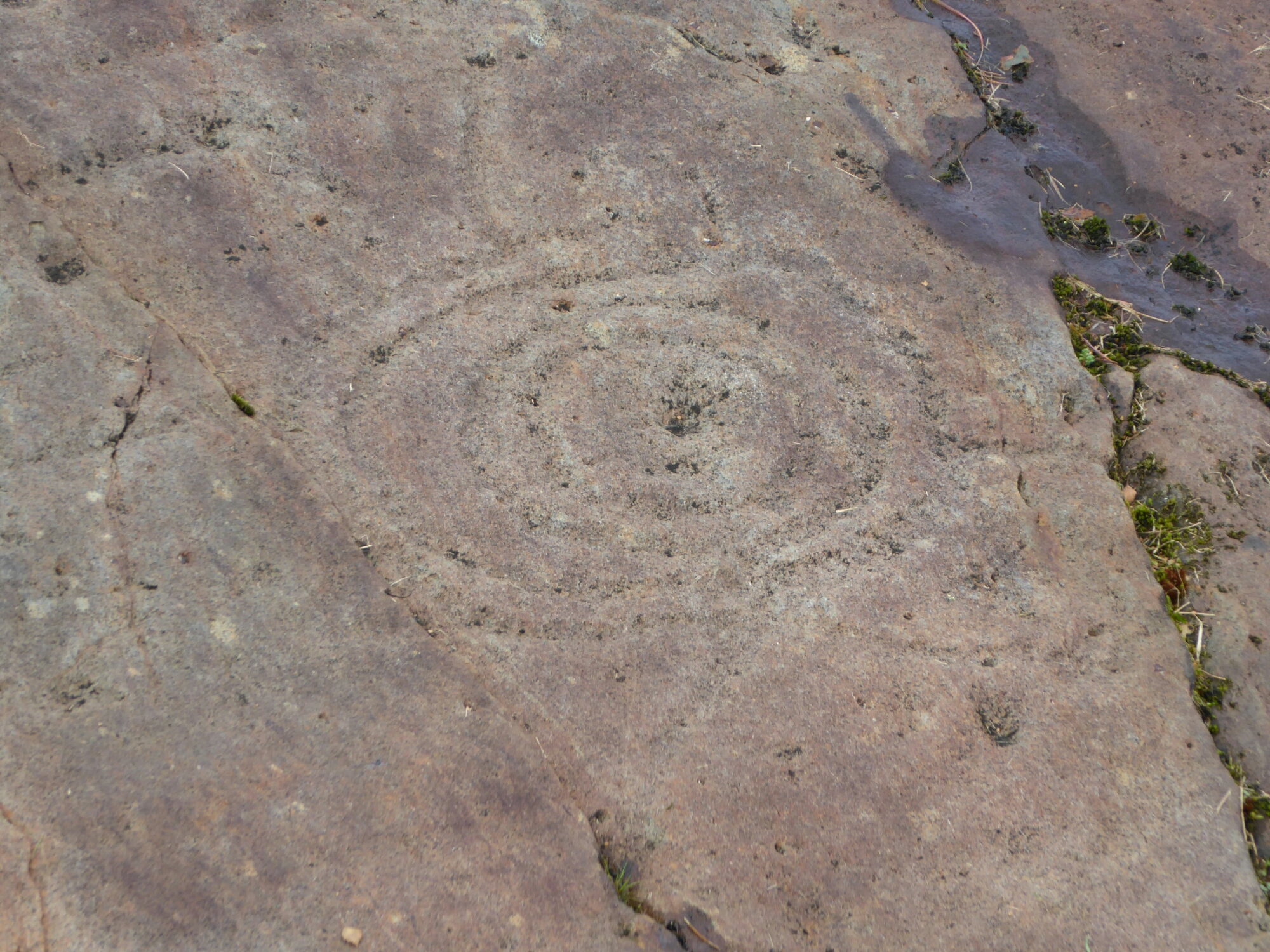 Eventually I reached Oban, a town I love. It’s a lovely town, Victorian which hasn’t lost its charm. Although there are now more chain shops than the last time I visited. But it’s still as lovely as ever.

I was staying at Greencourts guesthouse. Clean, ample rooms and, as I was to discover the next morning, another ample breakfast. Also good internet. It was slightly spoilt by charging hotel prices for a what is essentially a b&b, but since Oban seemed to be full I guess they could get away with it.

I fllitred amongst the seafood stands of the port, eating what were basically raciones of fresh seafood. Delicious stuff. 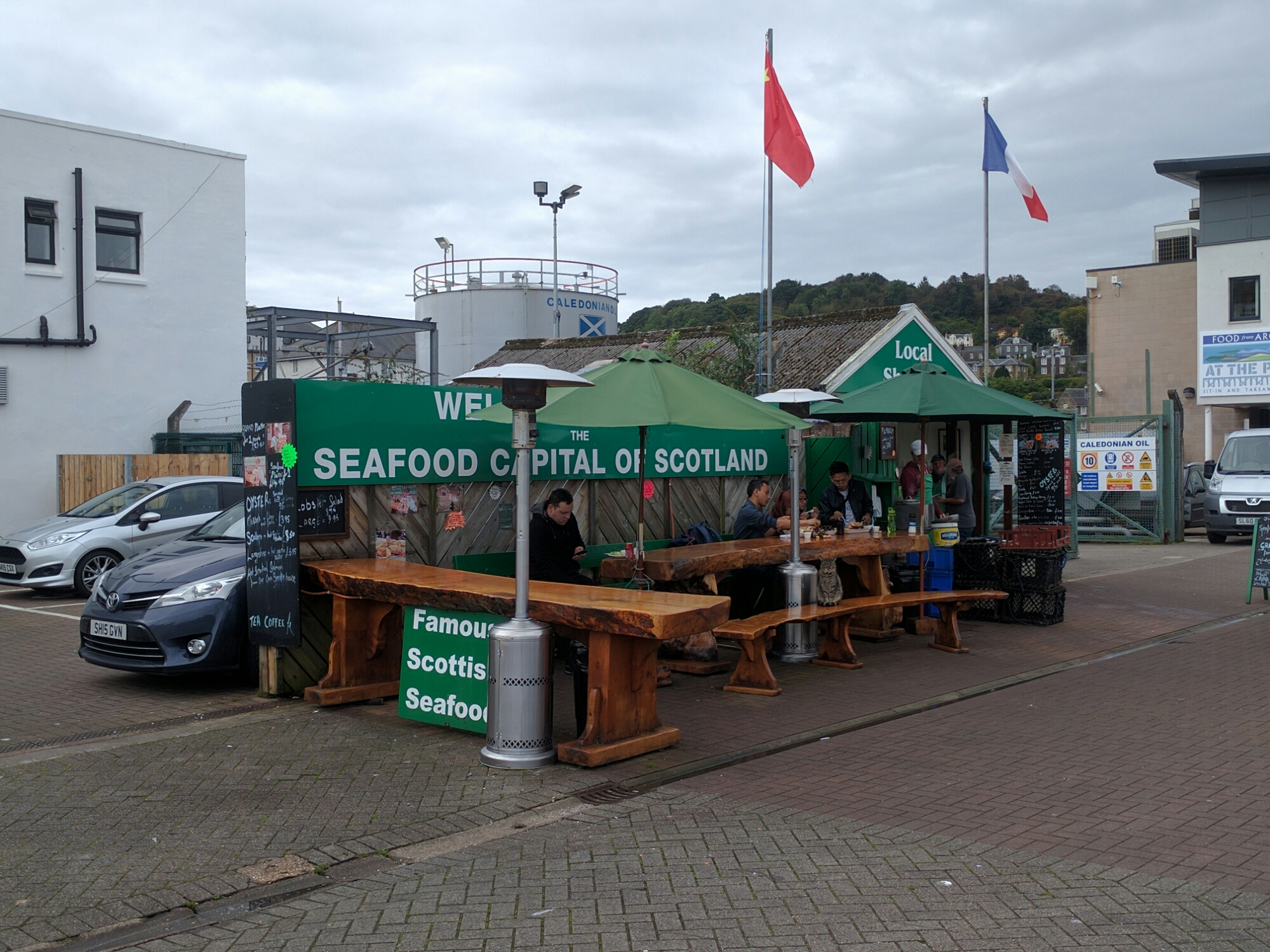 Later, just because I’m essentially a fat pig, I had a fish and chips from Norris. You can’t go to Oban and not have a takeaway from Norris. I have one once every five years on average. 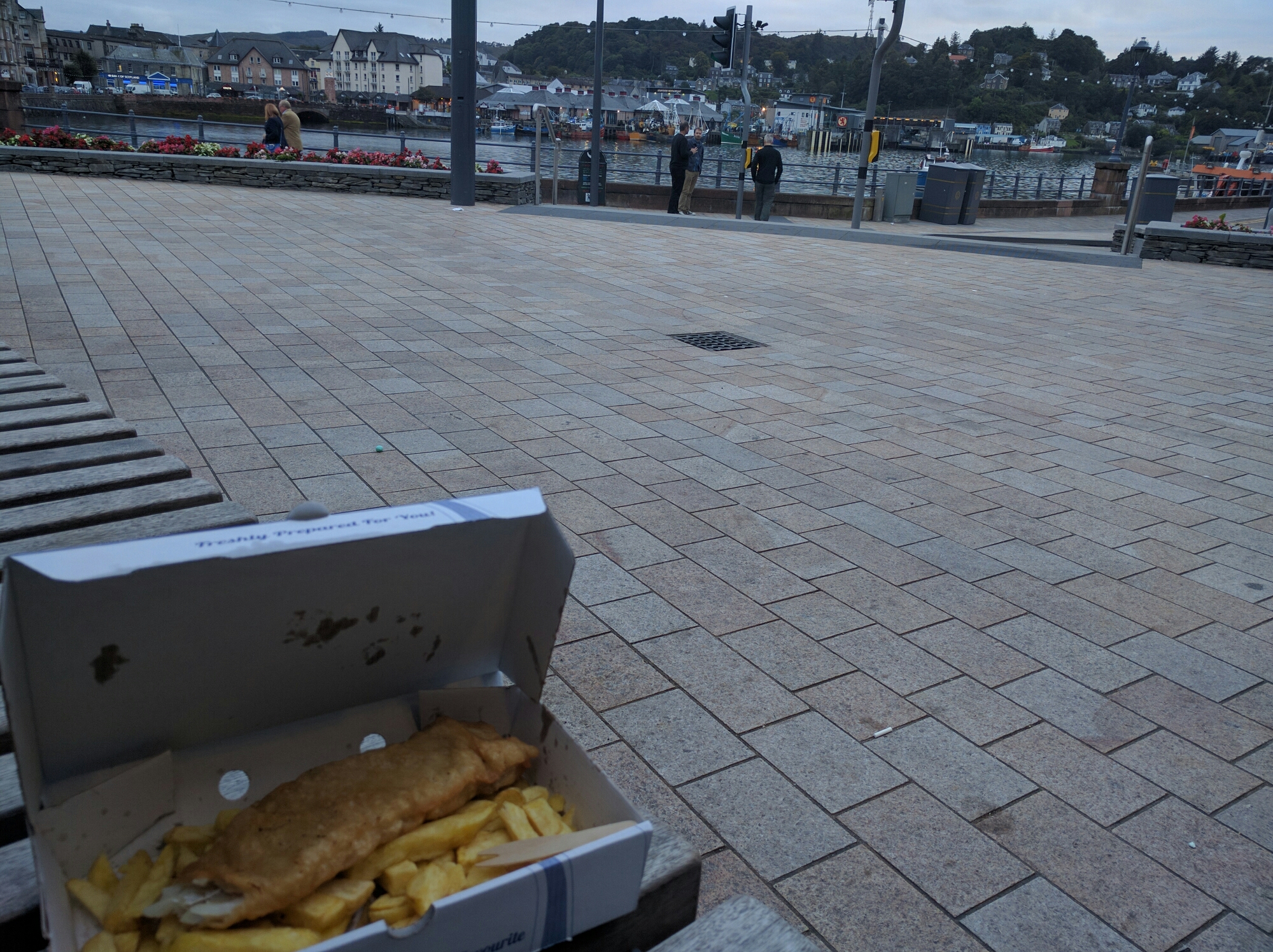 After I finished stuffing my face – and, i should add, I had a 99 as a pudding- I staggered with belly full up to McCraigs tower, which was almost on the way back to the guesthouse. I sat there for a while, digesting, and listening to the tannoy announcements on the ferries they blasted out across the bay. Surely there’s no need to have the announcements on so high. 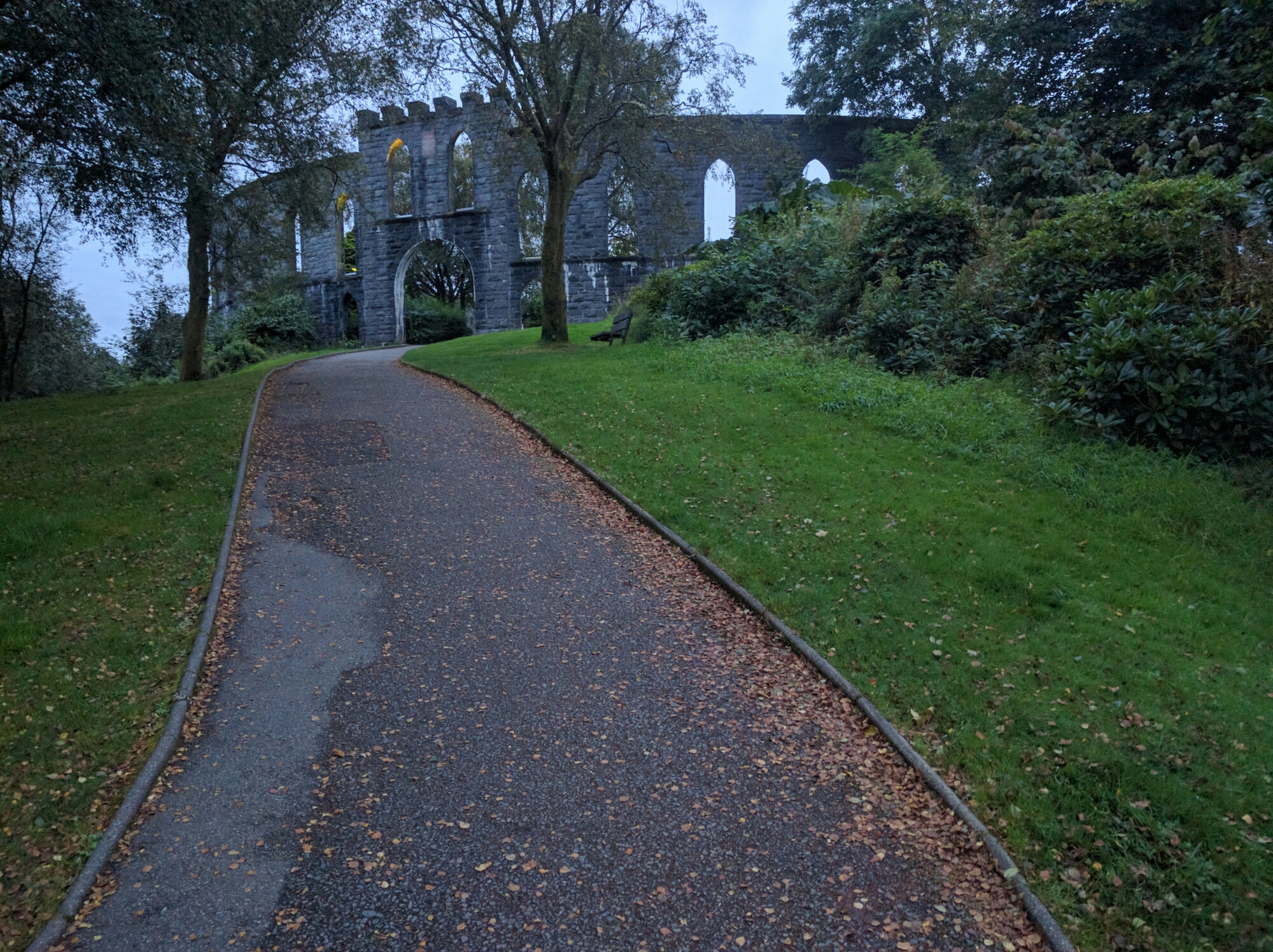 And afterwards, to bed, to sleep like a king.