I was sad to be leaving Arran. It’s a lovely island and as I wandered through Brodick in the early hours of the morning waiting for breakfast I thought about how resilient these islanders are.

For example take this one business which rents out Cycles, locksmithing services and sign writing services. All from his front room.

And people are very friendly. Everyone waves as you pass by or stops to bide you a good morning and ask how you are.

Breakfast was excellent. I like this Hotel. An elderly lady at another table was the reason my ferry was delayed a heavy door had slammed shut on her leg. She was having the wound dressed daily at the local hospital. Her husband was cheerfully telling everyone how the doctor had joked about her having had a cracking time on the ferry. Laughter is the best medicine and all that.

As I checked out, the owner apologised for the vegetarian tagliatelle of the first night. It seems Mary had been experimenting and had added balsamic to the mix. She had knocked it off the bill for me without me asking. If I ever come back, I know where I’m staying. Plus, the hotel has red squirrels in the garden. What more could you ask for? 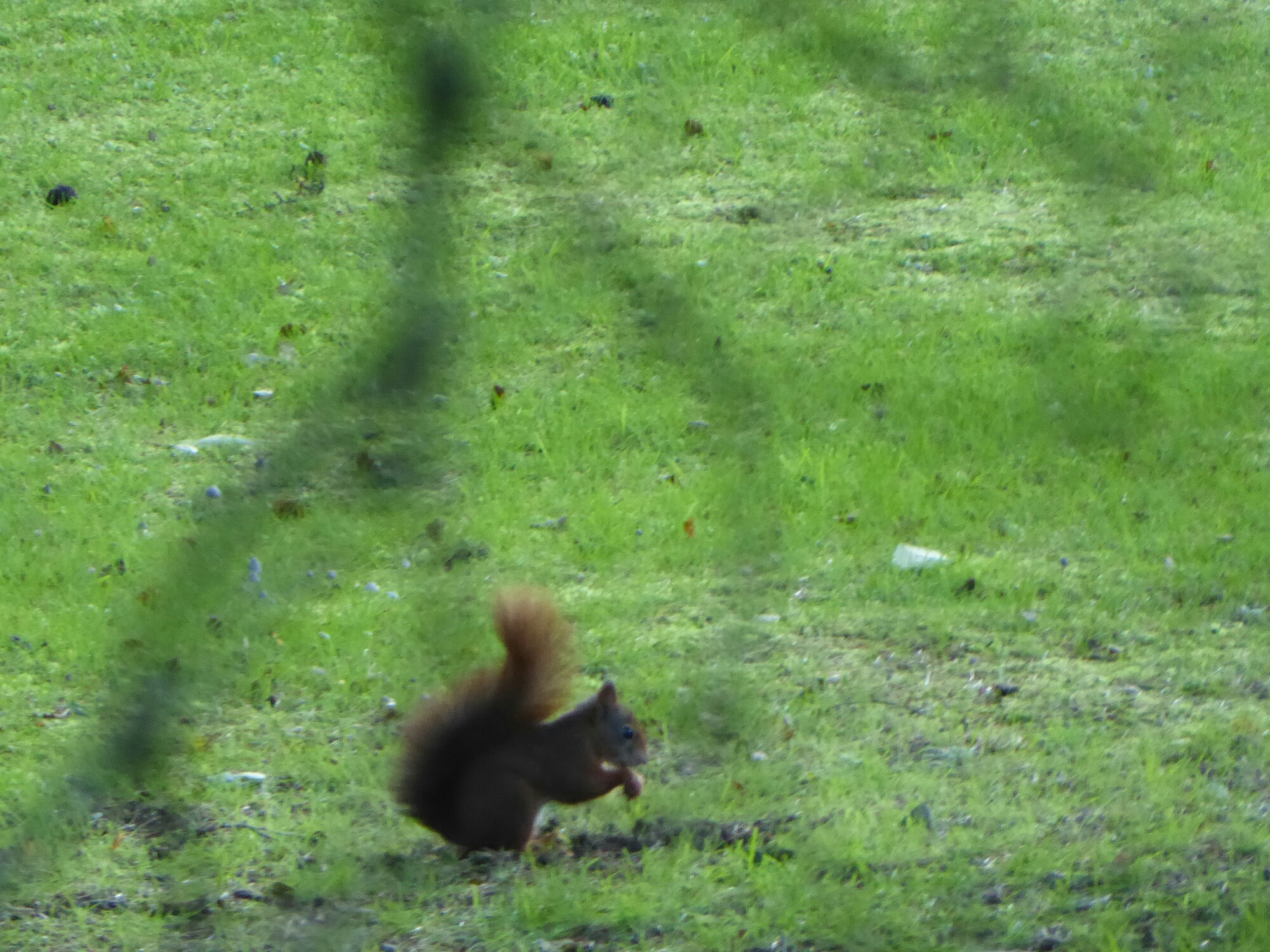 I now had to navigate two ferries and a peninsula to get to Islay. No problems.

I sped through the fantastic northern part of Arran and arrived at the ferry with plenty of time to spare. I passed the 20 minutes by watching jellyfish float by, in between the swans that were bobbing in the sea waves. The Clyde was again like a mill pool. Lovely weather.

The ferry turned up and we all started to pile aboard. Annoyingly, due to a couple of large Caravans, there wasn’t room for me. I stared in horror as they put the ramp back up and sailed off.

I now had an hour to catch, and more worrying, would have just 15 minutes to cross Kintyre to get to the ferry port. If I missed that one, it would be four hours hanging around in a boring port waiting for the next one.

I got over the disappointment by buying an Arran diaries ice cream. Delicious. Perked me up no end.

I also took the opportunity to visit ruined Lochranza castle. Great fun. I abandoned the blue banger blocking the entry ramp to the ferry, and maliciously had a day dream about the ferry coming back early, and nobody being able to get on. 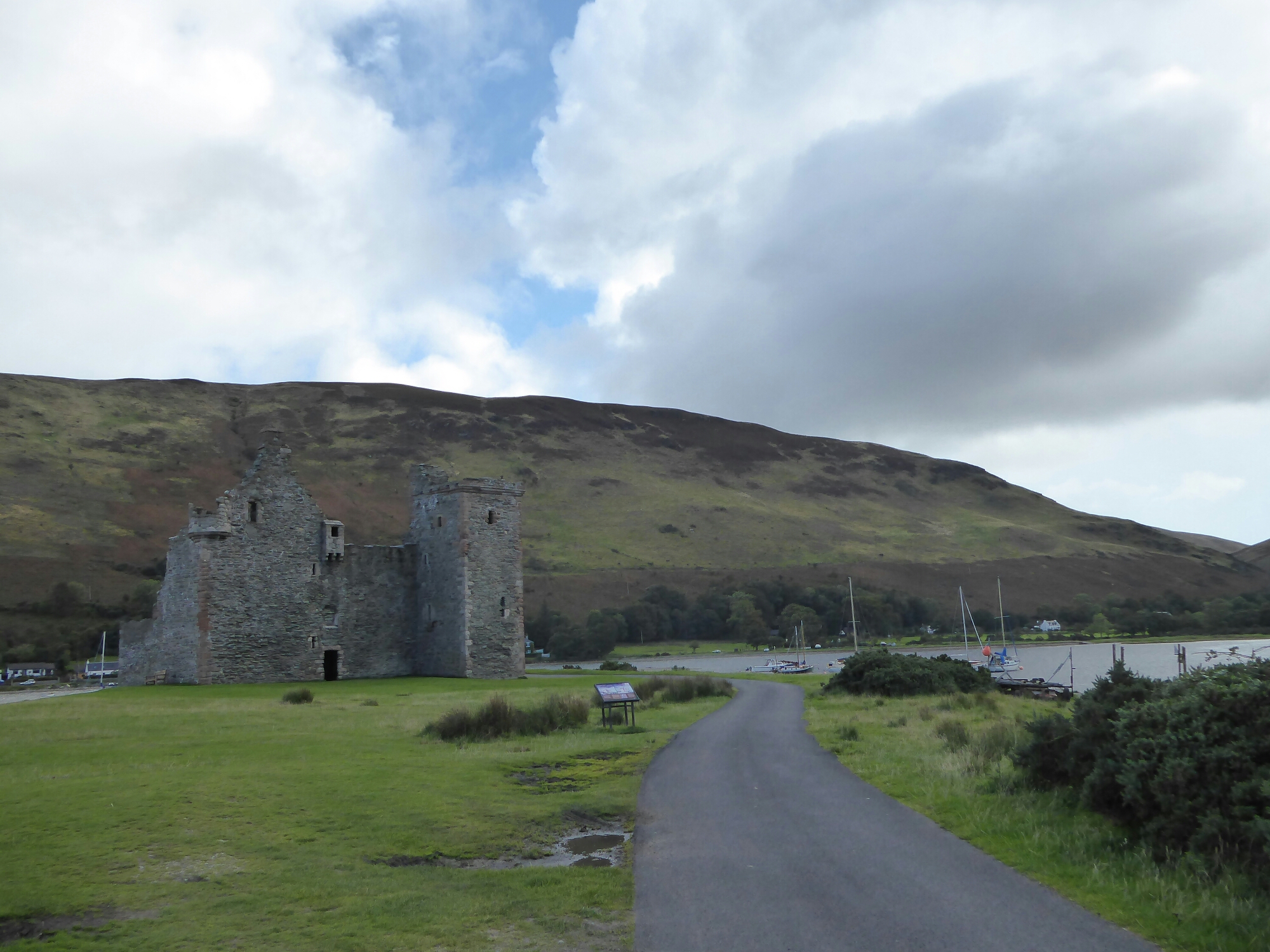 Scotland is so quiet. It doesn’t matter where you are, the noise of civilisation is swallowed. Walking past the row of houses that make up Lochranza, all I could here was the lapping of the water and buyers. So different from Spain. Even up in the mountains, there’s bound to be some idiot on a quad bike, or a hunting party, or some noisy fool. I suppose it’s the vegetation, the noise bounces off the sparse Mediterranean hills.

When I got back I found a very nice little sandwich bar at the ferry terminal and sat chewing and swinging my legs above the water until the ferry turned up. We were packed on board like sardines, and quickly set off. 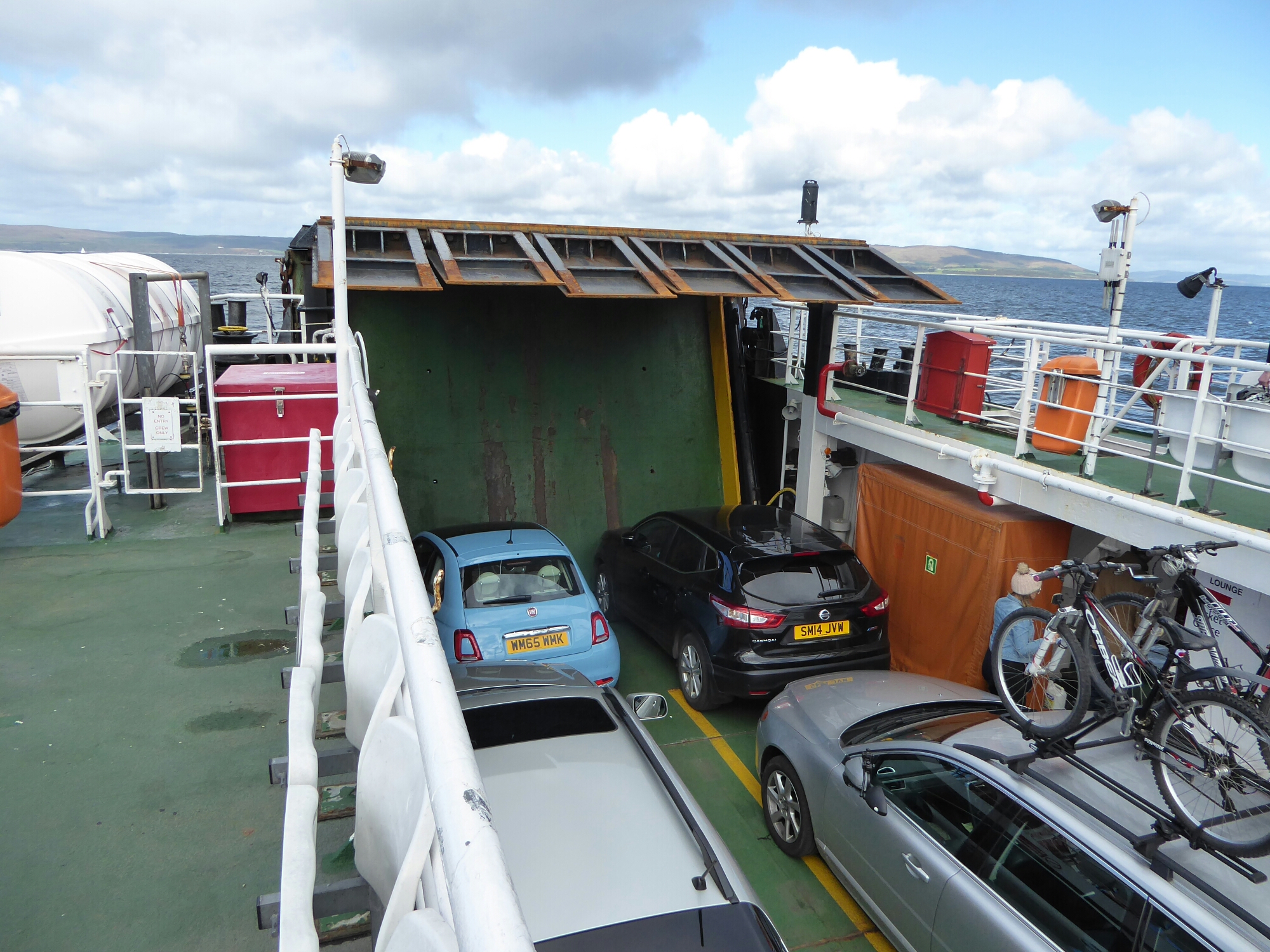 Along with another desperate couple, I set off at high speed across the peninsula to the second ferry port. It was single track road with no sign posts. Quite a drive.

The Kintyre ferry port was large enough and I arrived with 8 minutes to spare. The chap at the gate checked my name.

‘oooh’ and he sucked his teeth. ‘you’re late and you’ve still to pick your tickets up. Get into lane 2 and run like the wind to the ticket office’.

Breaking my normal rule of not running in public I burst into the ticket office.

‘oooh’ said the stern woman behind the counter as she printed my tickets. ‘you’re on standby and we’ve given your space to someone else. If there is any space you can get on board, otherwise you’ll have to wait’.

I traipsed outside and say glumly in the car. A navvie came over and checked my ticket. I plaintively asked if there was any room.

‘why bless you sir’ he chuckled, ‘we’re only half full, plenty of room’.

And off we went. Islay and Jura await! 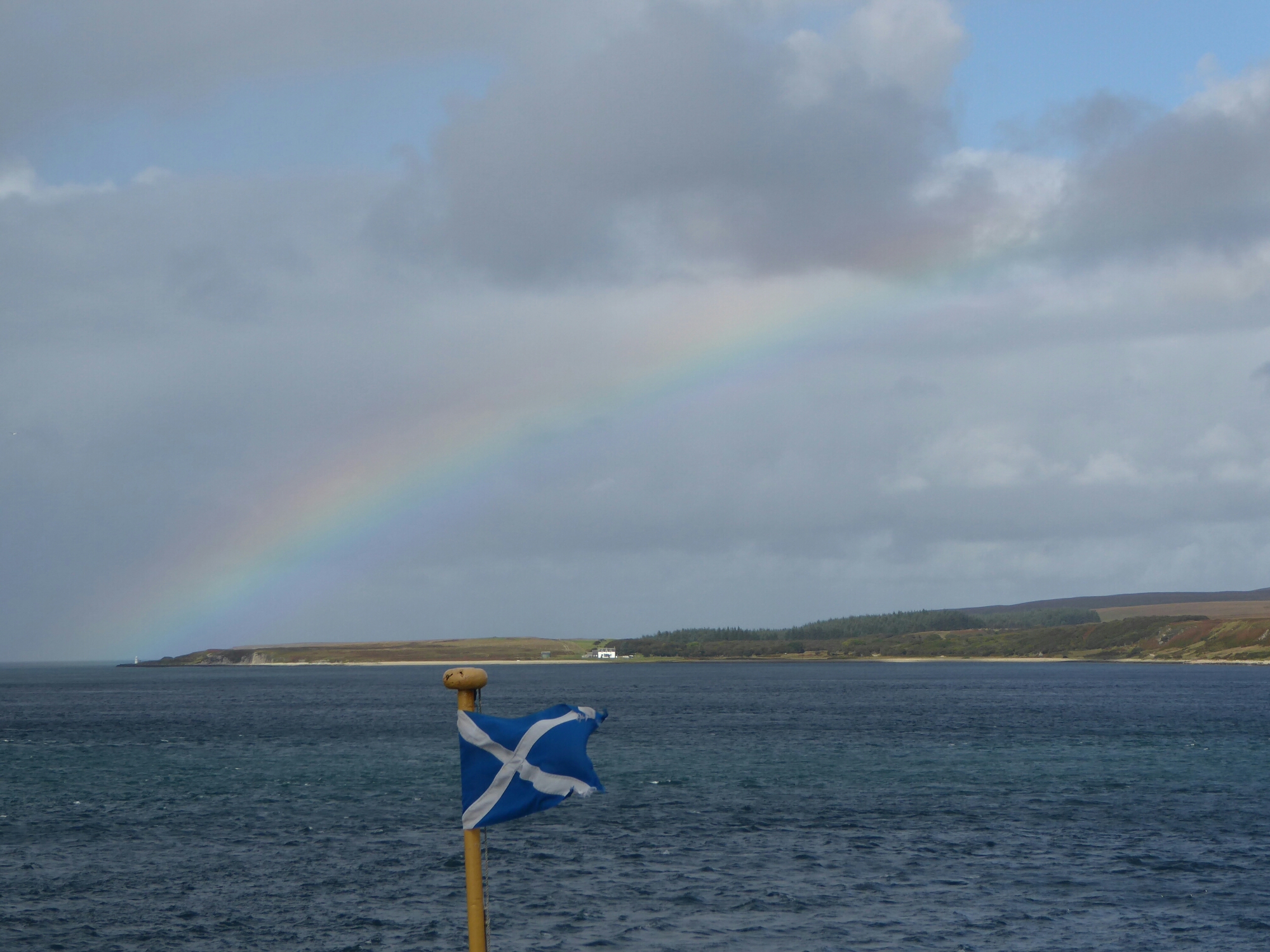 Oh yeah, the glove comment from the title. It was bloody windy on board and as i tugged on my gloves, one went flying. Fortunately, instead of going over board it slapped a yank in the face. He handed it back with good grace, and the glove was saved from a watery fate.