I awoke early and slipped out of the silent hotel eager to explore the island before breakfast, which you were remembered doesn’t start until 9.

Some people are greeted by seals when they come to Scotland. I got this: 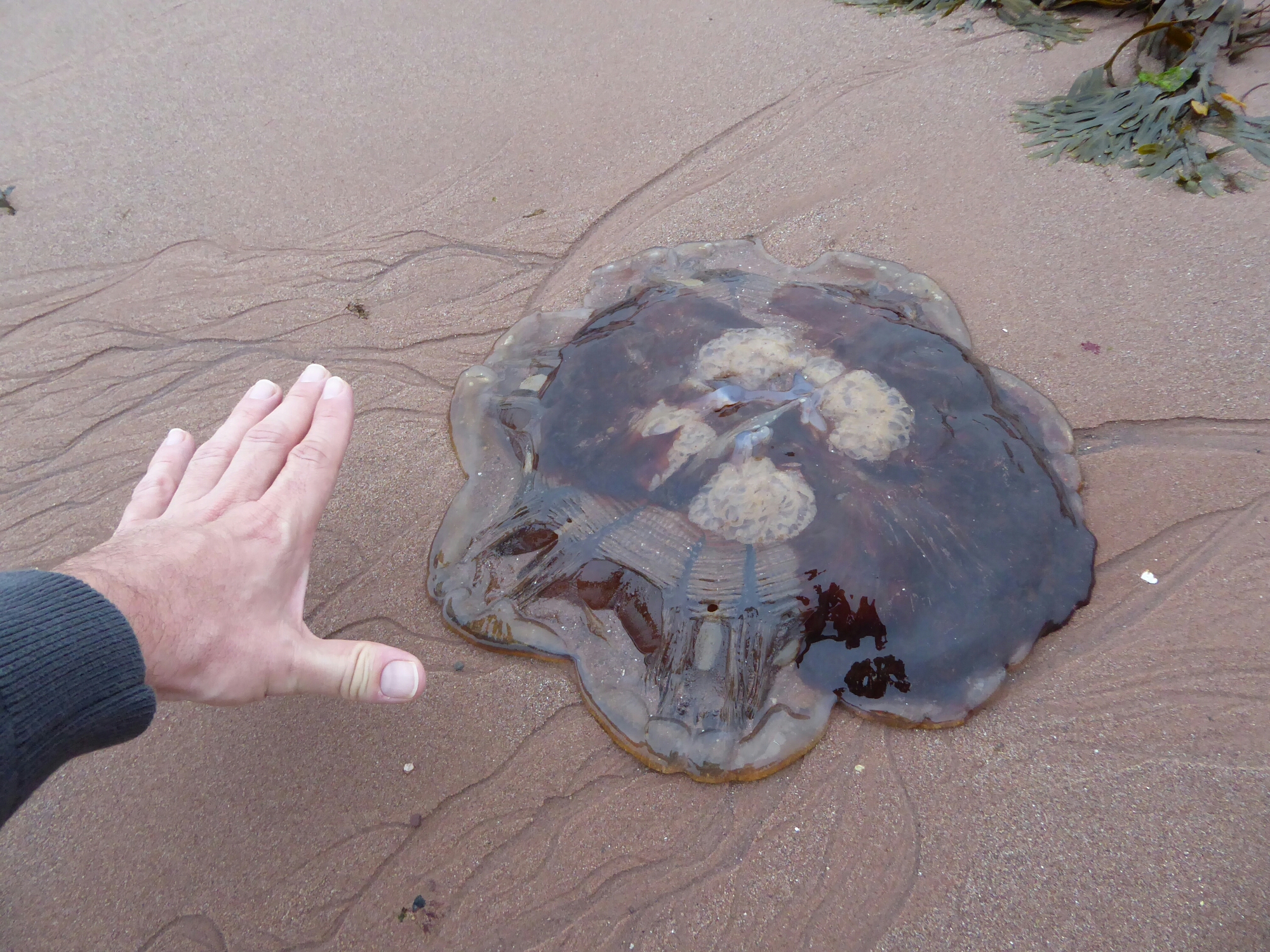 Dealing with the cards that life gives us I poked it for a bit then carried on. The sea was like a millpool and put the Mediterranean to shame in the pale grey light Before the Dawn. 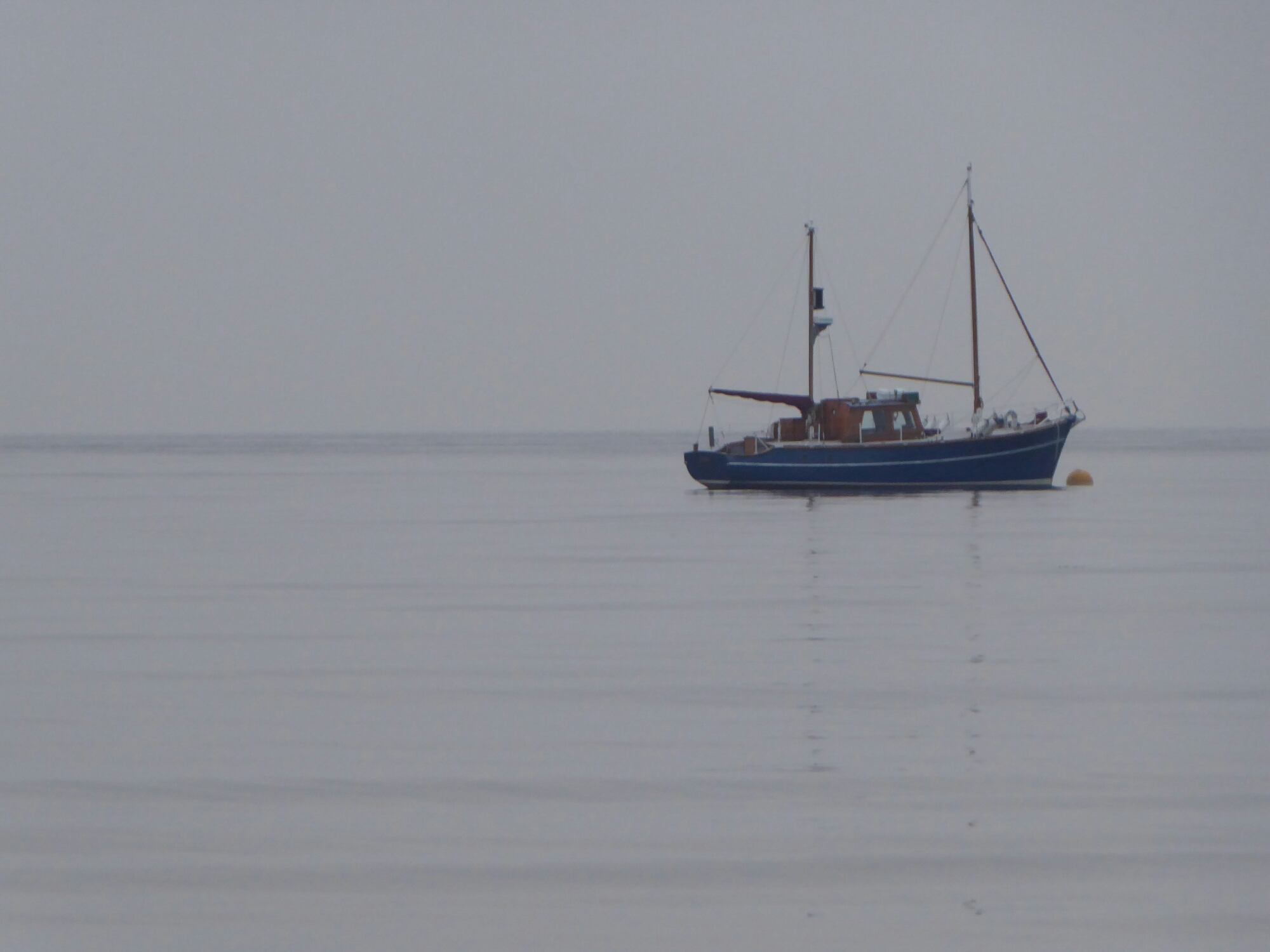 A stunning trip along the beach into town and then back to the hotel. Several friendly dogs came up to say hello, many of them armed with sticks or balls for me to throw. A pleasant time was had by all.

I enjoyed the carefully scripted messages on the many commemorative benches along the beach. 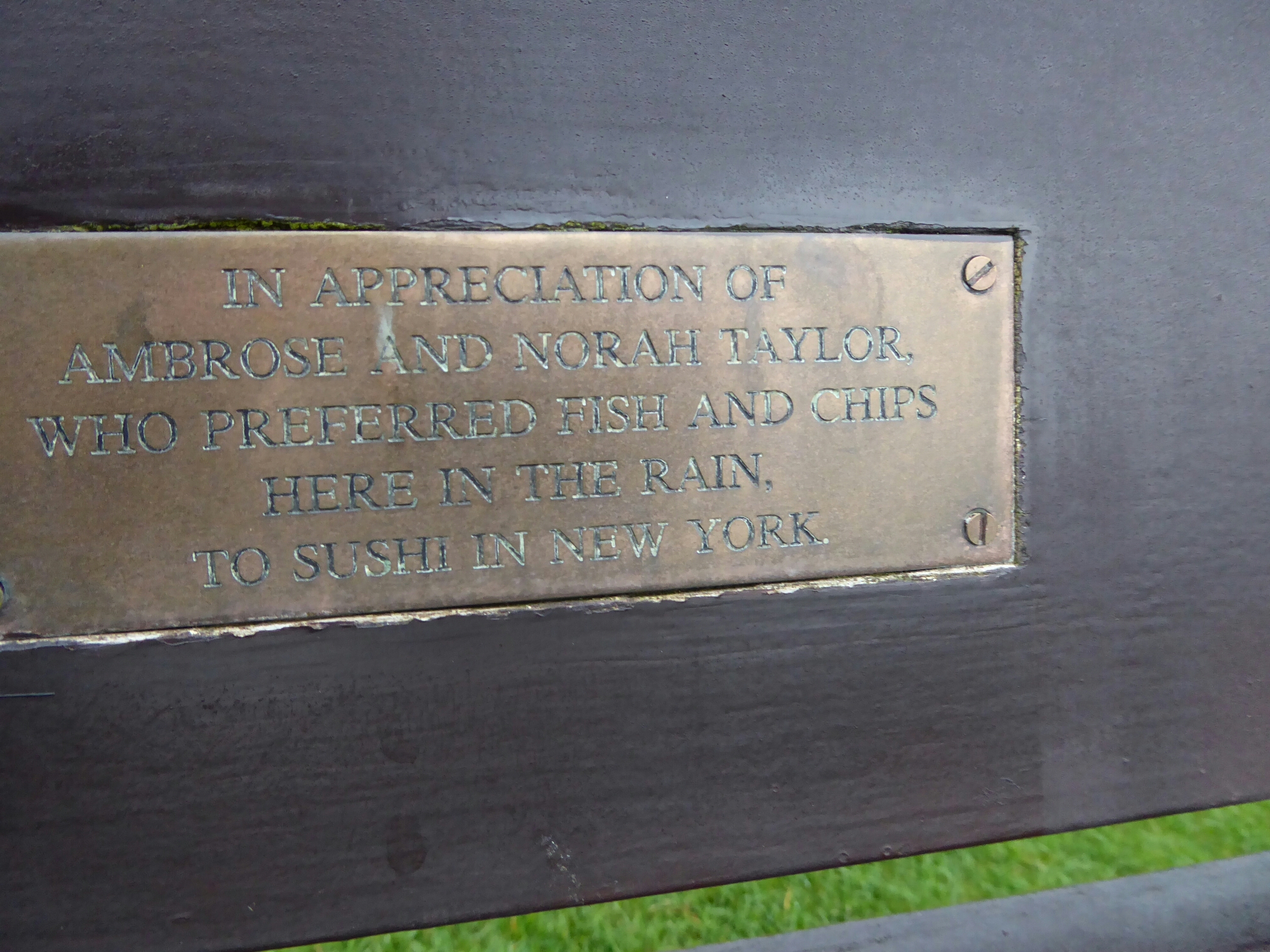 Back at the hotel I jumped gleefully into the shower.

No Spanish shower is complete without miles of plumbing between the shower head and boiler. Usually miles of plumbing with no insulation, which can lead to temperature problems. Fortunately the Brits tend to have electric boxes on the wall inside the shower which quickly produce far too much hot water.

It was at this point I noticed I had no comb. That was still sitting back in Spain. Fingers are an effective alternative but to my surprise it’s proven almost impossible to get a substitute. Where do the islanders buy their combs from?

Breakfast was well worth waiting for. It lived up to the traditional Scottish values are putting enough food on the table to make the legs groan. I ate until I felt sick and staggered out of the hotel. Red squirrels were everywhere.

I set off to walk up goatfell. In almost a decade of exploring Scotland I’ve only ever done one Mac Monroe so I’ll have to step the pace up a bit.

The guidebooks recommended parking in the castle grounds. I couldn’t find the start of the trail and asked an elderly lady working there how to start.

‘Och you don’t want to start from here’ she said. ‘All the books say you do but it’s not the best place’ and she gave me a large wink. ‘Go out of the Castle go down to the brewery and save yourself the price of a ticket. And you can have a nice beer afterwards to perk yourself up.’

It has to be said that in general the Scottish are very friendly and hospitable people, never happier than when telling you how to circumvent authority.

I found the brewery in parked up. The walk was promising through the woods beautiful countryside and a small gorge with a waterfall. I noticed the quantity of litter in the verges thus showing its not just the Spanish who dump rubbish everywhere.

I spent a few minutes wondering if these were safe to eat. 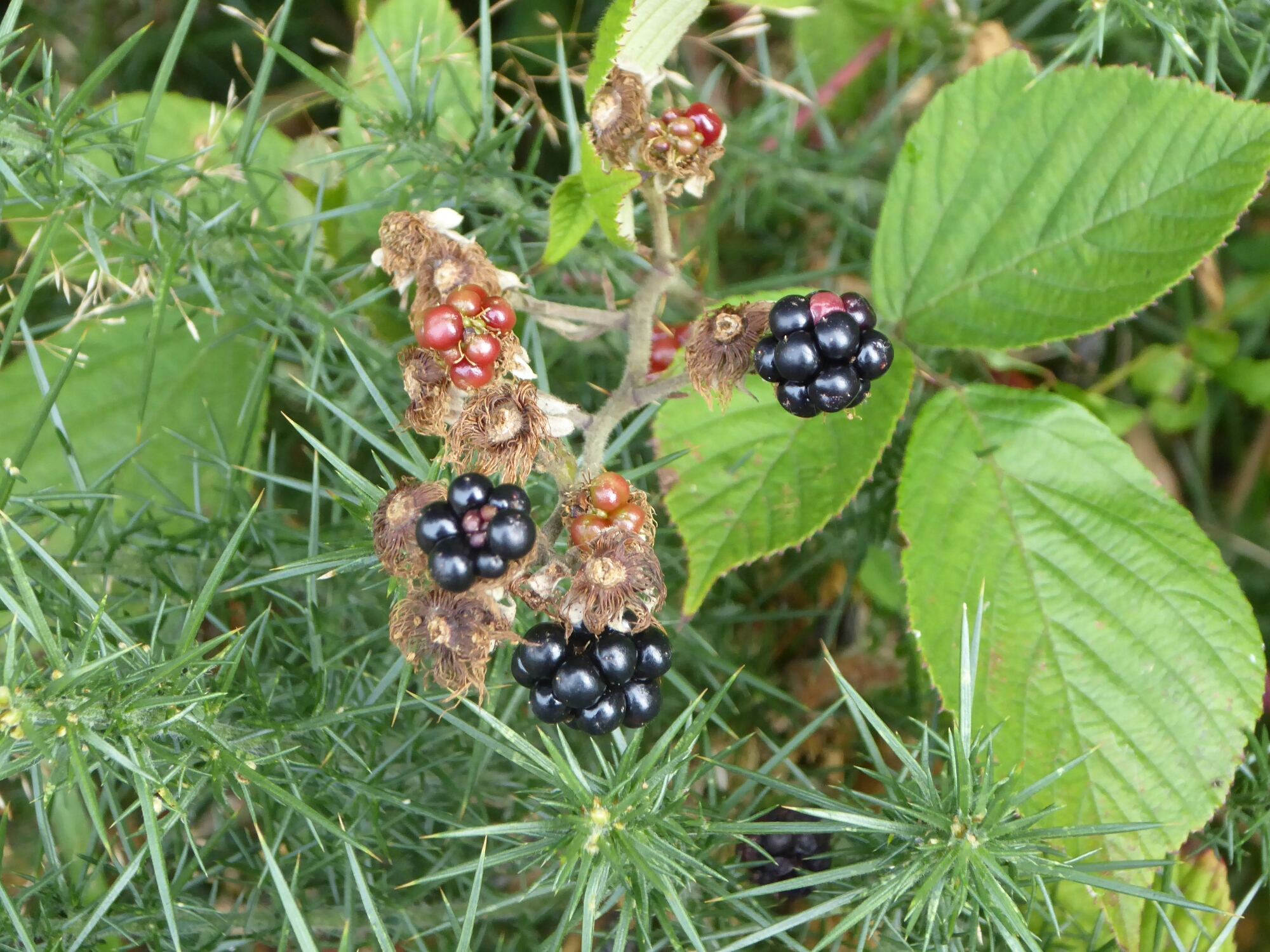 Several elderly couples were out on the walk and all seemed to want to stop me for a chat. Time passed pleasantly, but after an hour I was out amidst the gorse.

Everyone has told me what the wonderful views there are from the top of goatfell. They weren’t running that view today they were running the views of an inside of a cloud. 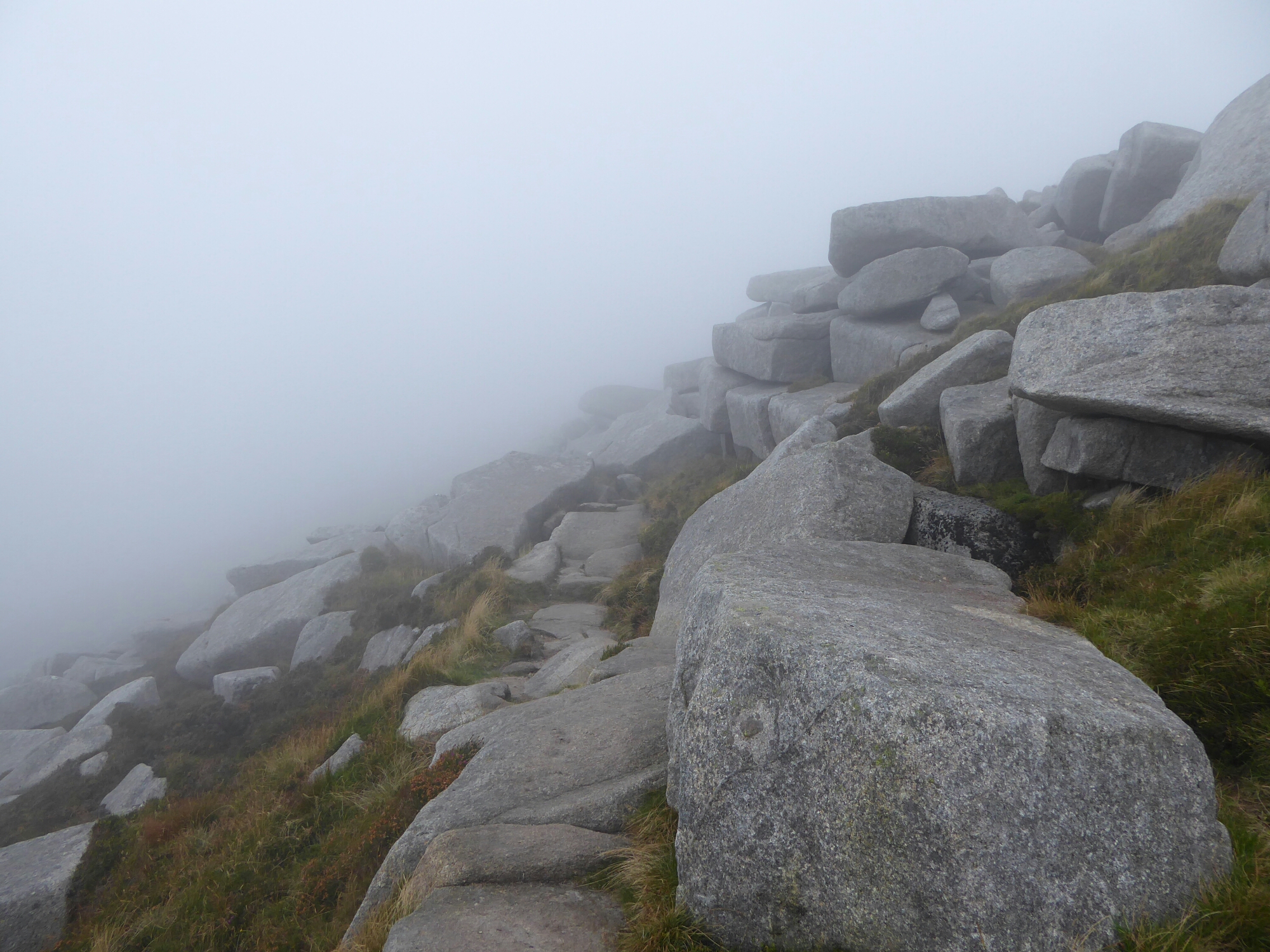 At first it was quite Jolly, but as the mist got thicker and the climb got steeper it became like something out of Lord of the Rings. 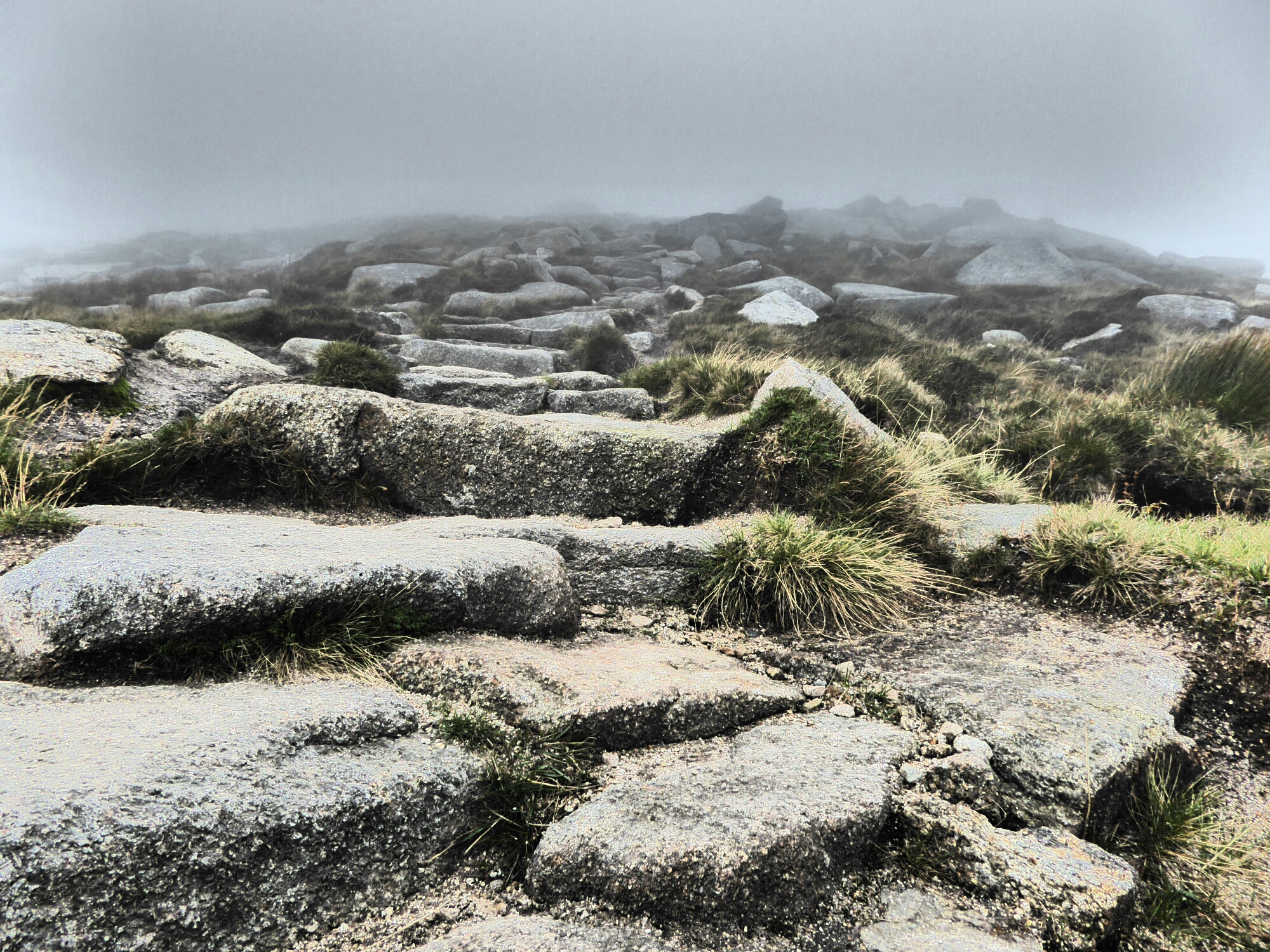 I enjoyed the mild fear of wondering what would happen if I got lost in the mist and fell off a cliff. Deer would probably eat me.

Occasionally I came across other lost tourists in the Fog all of us drenched from the dew. We’d spend a couple of minutes reassuring one anther before struggling on.

Weirdly it wasn’t cold, away from the wind it was too warm for a jacket and most of us were wearing short sleeves.

Eventually I broke through onto the summit. As I staggered around cheering in the pea souper, I tripped over an anvil someone had inconsiderately left there. Bloody fly tippers. Still, it made a good seat.

I had a sandwich while recuperating. Several other groups turned up over the next few minutes. I think a little bar up there would do raving business in the summer.

Eventually I braced the fog to head back down. After a few minutes I bumped into a northern Irish couple who started to quiz me about the route. Within minutes there were eight of us, standing near the top of a mountain, chatting away about our visit here. The Irish lady offered us tea from her thermos; a new Zealander handed round Jaffa cakes and the Austrian demonstrated how to Yodel to call friends in the fog. It was all a bit bizarre, looking back, but i suppose the relief of finding other living people in that ghostly landscape was a relief.

Eventually I got back down again. That afternoon I spent a happy hour mooching around Brodick castle, handed over to the Scottish national trust in lieu of death duties in the 1950’s. The family had left everything, even a signed photo from the Queen who had apparently stayed there. They had a silver shovel used by her father to plant a few trees.

I rounded the day off with seals and fish and chips. Not all on the same plate. 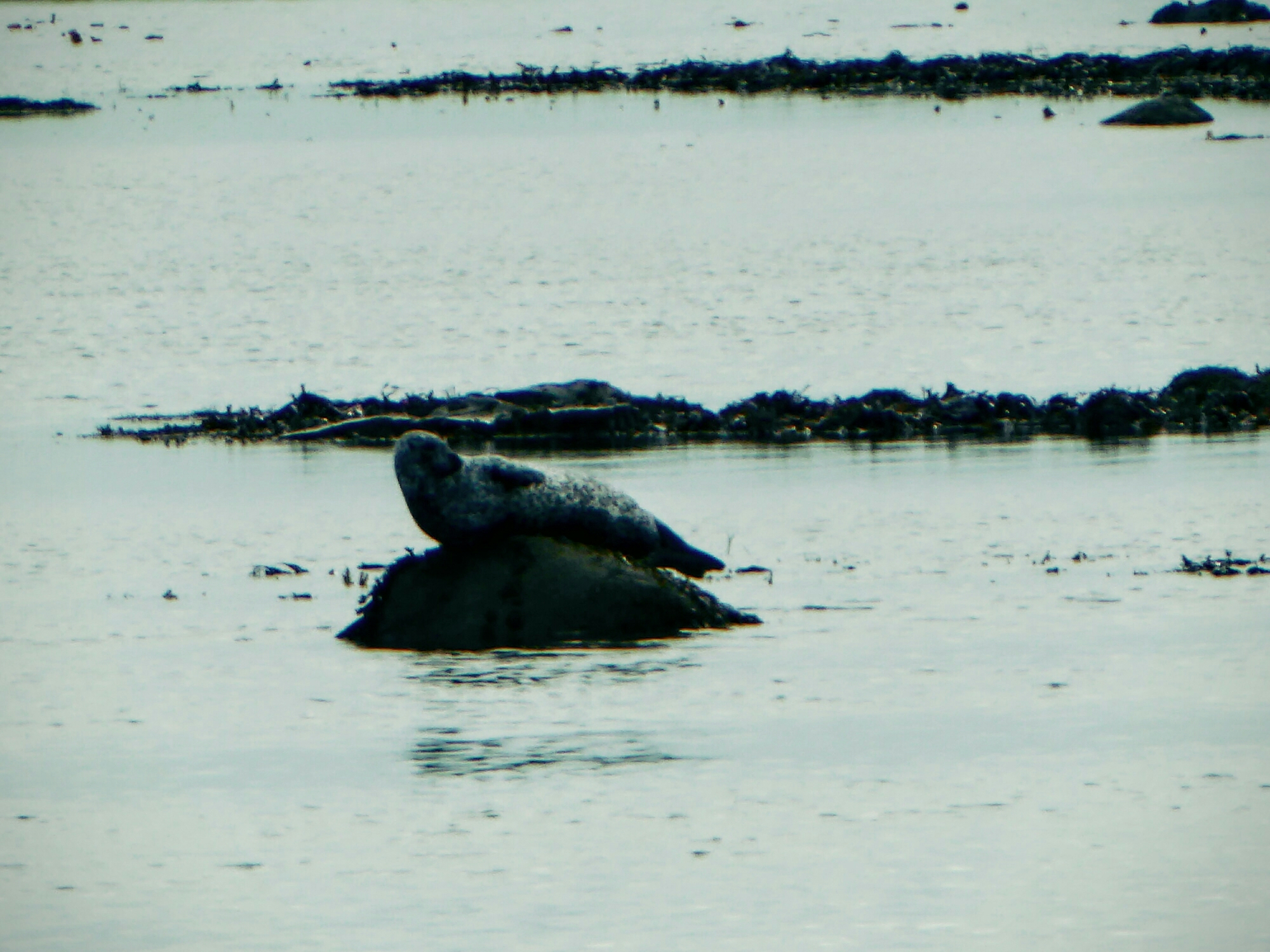