I’m currently on a ferry in the middle of the Firth of Clyde. A gorgeous sunny day about 20 degrees although the winds a bit strong.

So how can I have free Internet access which is equally as fast as what I have in Los Gallardos?

Yes I’m back in Scotland and heading off to the Hebrides. 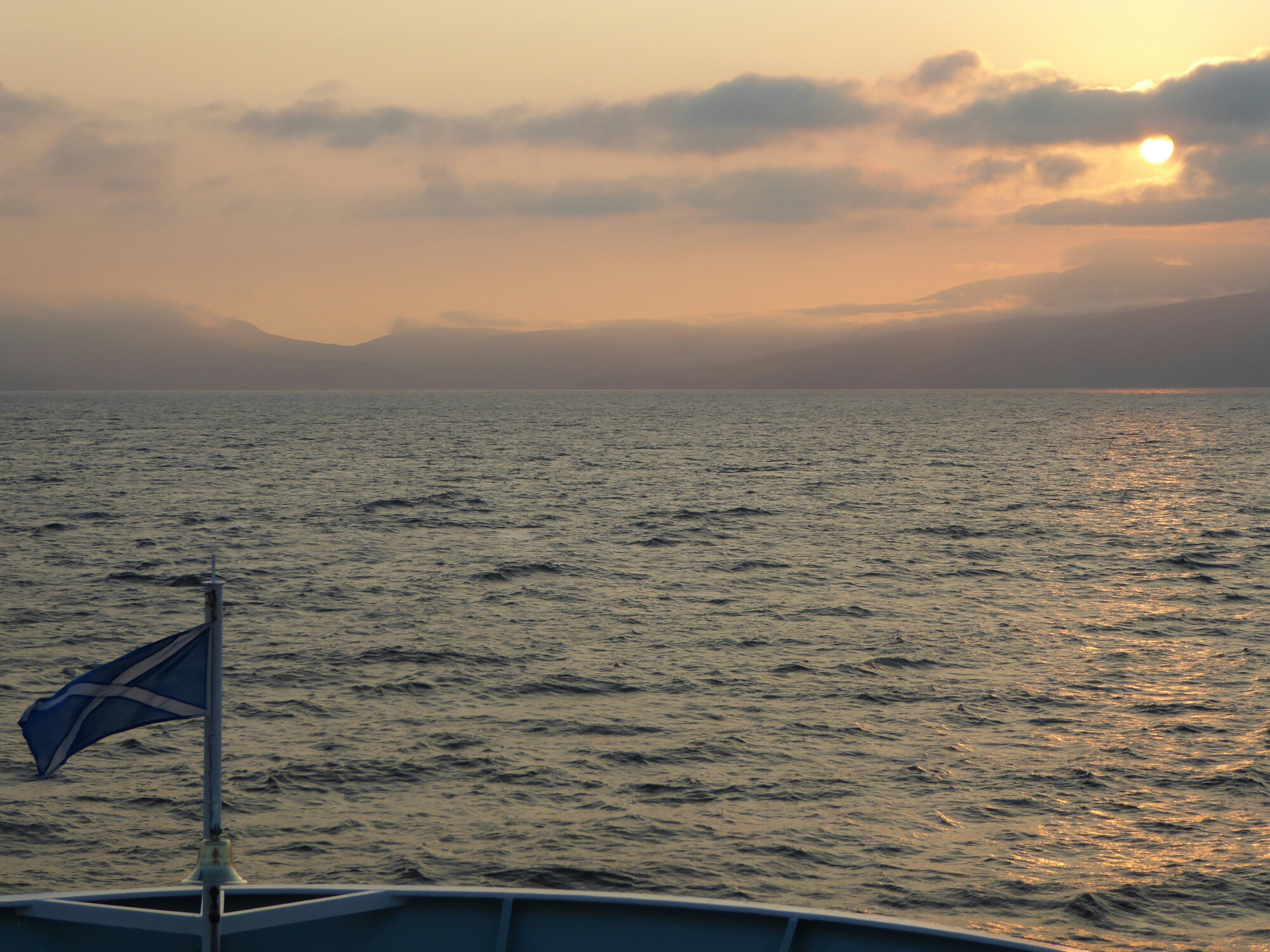 Faithful readers will remember how super Turre refused to sell me an otter protection device last time around; my experiences driving and of course the struggle with that bloody rucksack. This time, I’m going into the inner Hebrides with a bit of highlands.

As I flew over, courtesy of Thomas Cook, I was sat next to a very large man. He seemed a nice enough gentleman, kept himself to himself. But his wife was twice his size and needed an extension to her seatbelt. As we took off a terrible smell invaded my seat. I can’t be 100% sure it was him but I had to put the fan up to maximum.

The flight was a good one and we landed in sunny Glasgow. Emotions ran high as I picked up my luggage and headed out of the door. Emotions that were quickly dashed when rent a car thrifty refuse to rent me my car. There was some fuss over my double identity as they couldn’t confirm where I lived. I was quickly dispatched and told to use a different company that doesn’t confirm your address. The lady who kicked me out gave me directions to a better company. Fortunately Europcar isn’t as fussy and quickly relieved me of my money. What this will be like when Brexit happens I dread to think.

The sun was out on the coast and it was about 20 degrees. I arrived early at the Ferry in Androssen with my little rent a car. It seems I was rather early. 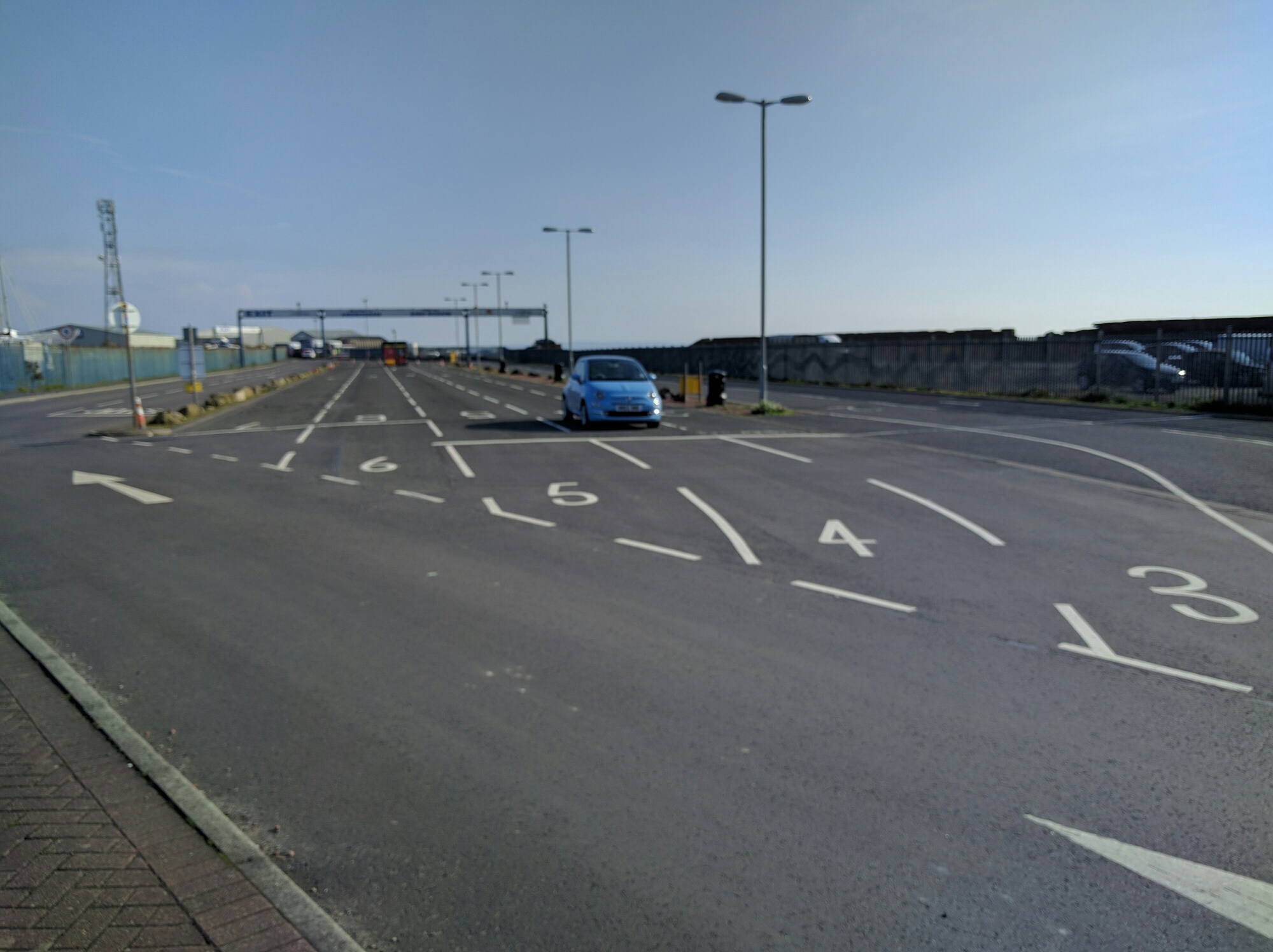 As it happened that didn’t matter. A large ferry arrived on time but sadly wasn’t able to disembark anyone as the doors were stuck. They spend some time hitting it with a hammer and eventually gave up. What happened to the people inside I do not know as the ferry left again at a rate of knots leaving us abandoned at the quay. The next ferry was to arrive at 6 o’clock. It didn’t due to a medical emergency on board. You couldn’t make it up. 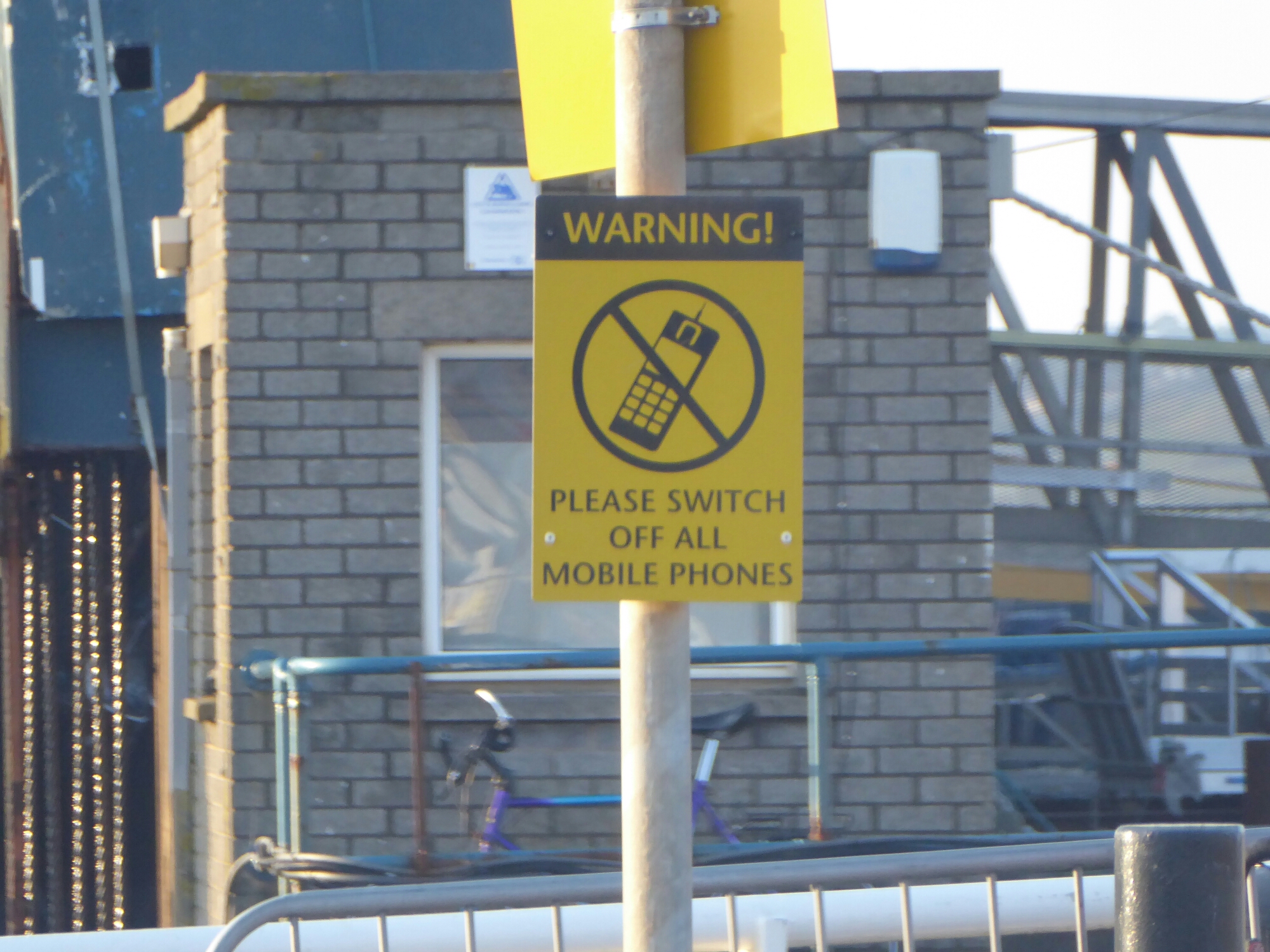 I idly asked a nearby worker who wasn’t doing much if they lost many people to mobile phones. He perked up and I could see he was a man with a story to tell.

‘Och aye’ he grinned. ‘Why, I meself once caught a lady in her heels who was about to walk off the gangplank into the water. ‘

He nodded sagely. ‘On the Twitter she was’ he explained.

Eventually we left at 6:30 and headed out to sea. It was a lovely evening and we were heading directly west into the sunset.

I saw quite a few people with kilts. At least one of them was a tourist trap, handing out  leaflets to the Germans and the Americans. The rest of them seemed quite genuine. There’s something noble about a man in a kilt. I’d wear one myself, but my knees would get cold.

Eventually we landed in Arran. The first of many islands as I head into the Deep NorthWest. It seems a pleasant enough place although I have yet to experience it. The hotel is clean and comfortable. I chose the Ormidale inn due to a personal recommendation from a friend and it seems very nice.

Upon arrival what I was directed into the bar in order to find a member of staff.

A very amiable gent at the bar welcome me and his small terrier spend some time sniffing at my suitcase. I suspect the Gent was angling for free pint, he seemed very upset when I ordered some lemonade. He then suggested I tried a pint of the local beer. Fair enough I thought what is it? He said something I didn’t catch and I nodded at the waitress to give me one.

It was a pint of bloody Tennant’s. Fizzy lager with no taste and no body. Well, he said, that’s Council lager that is. No idea what he meant and he couldn’t explain.

We quickly moved on to other topics. When he asked where I was from I foolishly said Gloucester, in order not to get into the whole Spanish thing. Trouble is, the chap is an expert on Gloucester having seen it on the BBC. I had to spend 20 minutes explaining the  rolling cheese tradition. When someone else asked me how long it took me to drive here, I realised I was in over my head and made my excuses to go and dine.

I chose the vegetarian tagliatelle. After the waitress left an elderly lady next to me who was eating that very dish leant over and said I wouldn’t recommend it. why not? I asked.

The chef has added sugar she said Darkly. And olives. This last said with a sinister air.

By gum she was right. I suspect the chef over did the Chili and thought he would balance it out by adding some sugar. It put your teeth on edge. And the olives were flavoured olives, from a package.

To balance it out I ordered the cheese board. This whopping plate came with 6 different cheeses, 8 oatmeal biscuits, the same salad that came with the main course, 9 pats of butter and no knife. Fingers were used instead. Cherry tomatoes and raw pepper go well with cheese but are no substitute for Apple. Granny came over afterwards to ask how I got on, and we spent a pleasant few minutes criticising the dish, and the way the waiter’s trouser had dropped, exposing buttocks as he picked up dishes. That man needs a belt.

So yes, a lovely friendly place with a bit of an amateur chef. Hang on, I’ve just discovered they don’t start serving breakfast until 9 a.m. I’m normally been at work for an hour by then!

So why am I here on this island?

What can I say? Theresa May have been influencing me and so tomorrow I shall brave the mountain tops of goatfell. 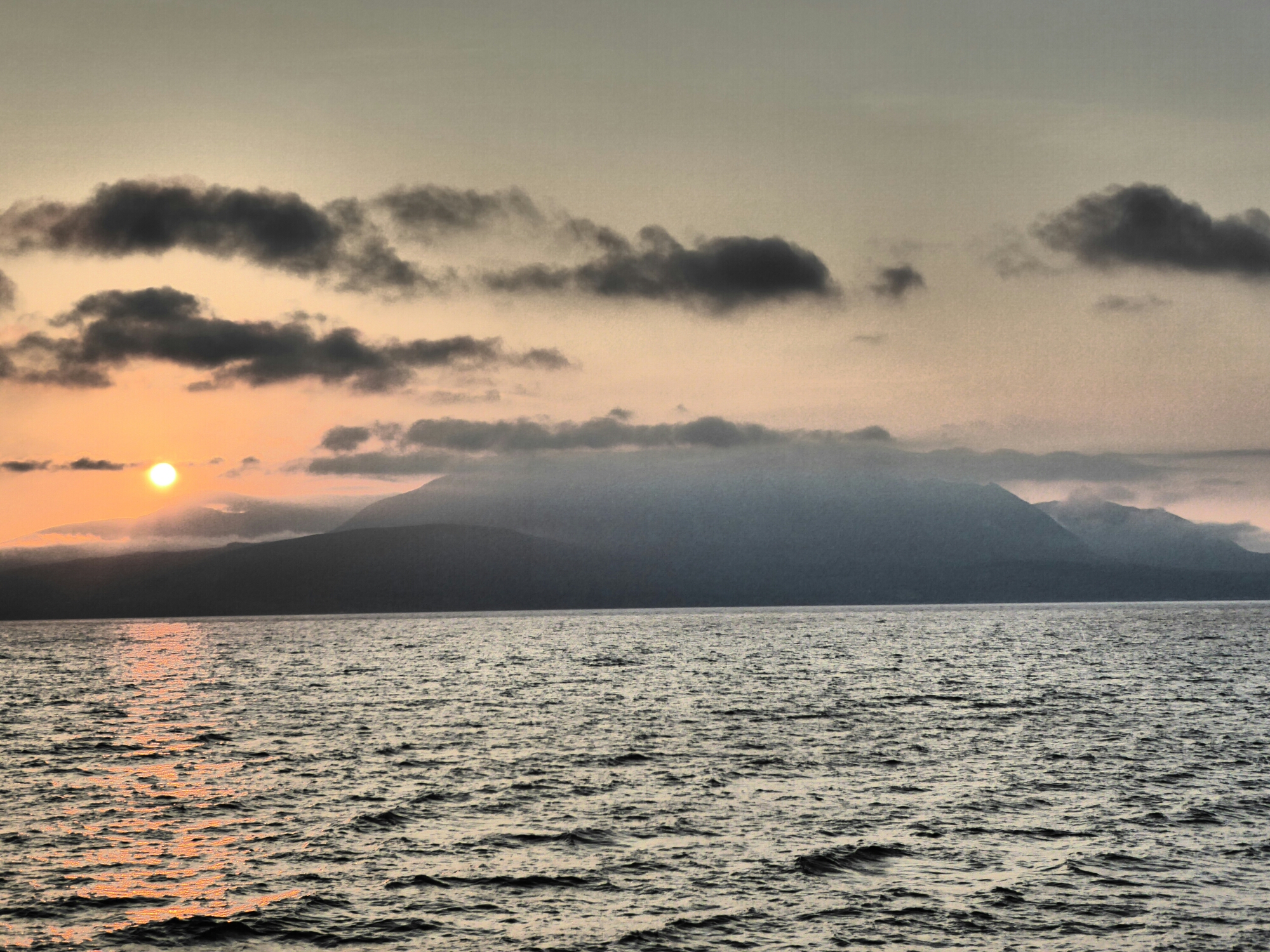 Yes I flew 3000 miles to walk up a mountain. Should be fun. Hey it’s not as high as our local mountain and I walk up that when I’m bored .I have to remember to call a special hotline tomorrow to see if anyone is shooting there on the route. Ah! The fun of Scotland.

Interesting point number 2: I’m dictating this article into my phone. So please excuse the spelling mistakes etc etc. Tapping on a keyboard is so last century.