The environmental police Seprona have carried out a wave of arrests against poachers of mushrooms across the province. The fungi season is in full swing and the woods of the mountains in the north of the province are popular with seekers of these delicacies.

It is legal to collect fungi for personal use as long as no more than five kilos per person is picked, and an open woven basket used to collect them. But gangs have been harvesting fungi for sale in markets.

In just one week Seprona agents from Finana, Adra and Gador seized a total of 632 kilos of different mushrooms in 42 different occasions, mainly Lactarius deliciosus.

Because of the danger posed by consumption of unidentified mushrooms, all seizures are destroyed. 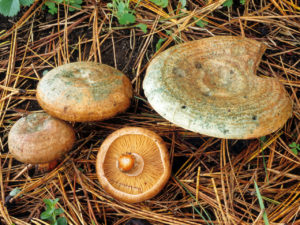