Some eagle eyed readers of a newspaper recently spotted this lovely little gem of a photo which is trending on Spanish social media: 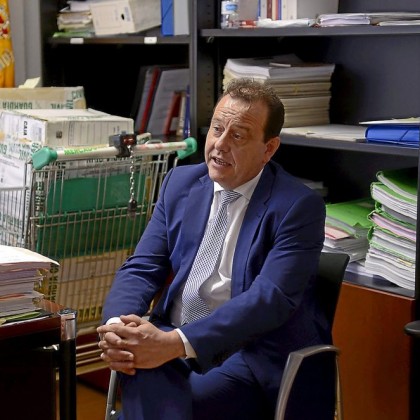 The gent in the photo is the Public Prosecutor of the Balearic Isles, who is currently very busy making sure the Infanta Elena (of the Royal Family) doesn’t get done in the Caso Noos (he wants the case dropped and all charges struck from the record).

Behind him is an obviously pinched Mercadona trolley which he seems to keep his files in.

There’s a lot wrong with this country – that photo sort of sums it up.

PS – this is fairly common – one of the Vera notaries had no fewer than three of these trolleys in his offices the other day when I visited. I wonder if Puig knows he’s keeping the justice system running?