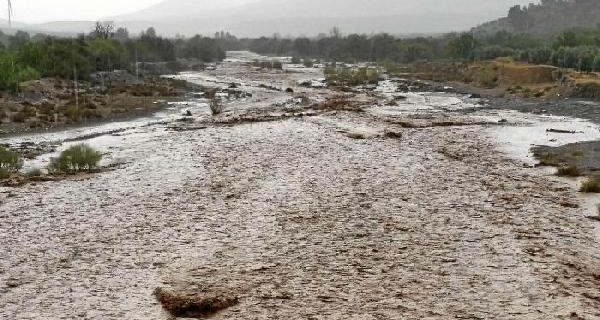 Heavy storms last night in the north of the province have resulted in several rivers starting to flow at this unusual time of year, and a flash flood. The river Nacimiento was full as it flowed past the villages of Abla and Fiñana this morning, after rain in the Sierra de los Filabres. Several cortijos have been cut off after their fords were washed away but nobody has been injured. In some narrow areas the END_OF_DOCUMENT_TOKEN_TO_BE_REPLACED

A local shepherd has been found dead in the high mountains above Turre. 51 year old Paco usually returned his goats to his shed late at night and returned home at around midnight, but last night he did not come home and eventually his family alerted the emergency services. Police and the fire brigade were out searching for him all this morning and eventually found his body in a high canyon above Turre. It was END_OF_DOCUMENT_TOKEN_TO_BE_REPLACED