The government has confirmed that it has no plans any more to build a large AVE station at Vera, as was the original plan, and although the station is still “probably” going to be built, it will be a simple platform affair rather than a full blown train station as was originally planned. The announcement came during a series of meetings with industry leaders in the province held this week by Manuel Niño, Sec Gen of Infrastructures.

Manuel refused to be lead on what his plans were for the station in Vera but PP senator for Almería Hernando recently denied that the station would disappear all together, and said that it would just be a modest stop, compared to the “pharaonic” building originally envisioned.

It’s all part of the austerity AVE. They don’t have the cash to build it properly, and are too proud to downgrade it to a standard proper merchant train line (which is what this area needs – goods not traffic would be the principle point of any railway) so we get a half assed badly thought through mess of a mixed line.

No mention has been made of the possible connection to the Almanzora, for which a feasibility study is underway. It would be to ship the marble in and out.

The AVE itself is now going to be single track to Lorca, but the ground it’s laid on will be prepared for a second track in the future. This means that the AVE can’t run when other trains are on the line, for example, bottlenecking the whole system.

A new updated Almería – Murcia AVE plan is due to be published in the first quarter of 2015, just before the elections… after which I assume we’ll have the whole thing dropped again until the next elections. The Pulpí-Cuevas bit is in the final phase of contracting out and work should start next year. No news on the rest of the line. Funds have been requested from the EU, but it’s not a high priority job. 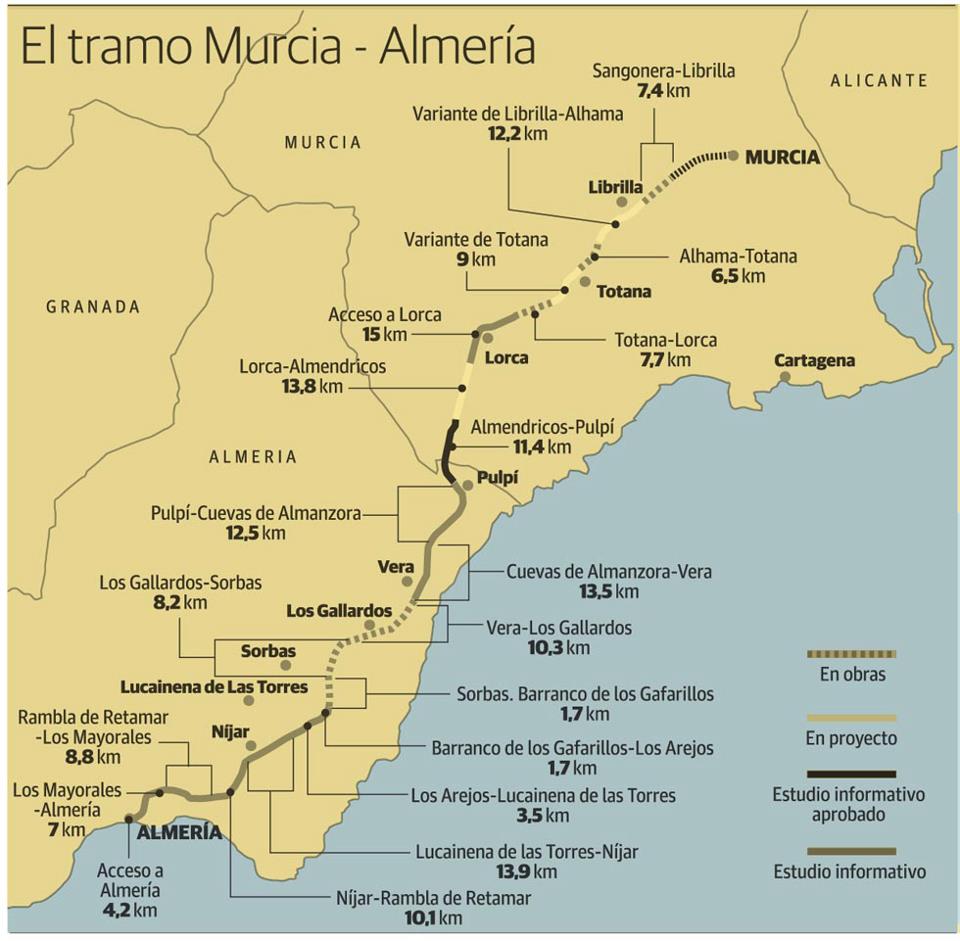 The government has also asked for a series of estimates from different industry and agricultural groups in the area to see what volume of goods could be expected to be shipped out by rail, something that IMHO they should have thought of doing years ago when they first thought of the railway.