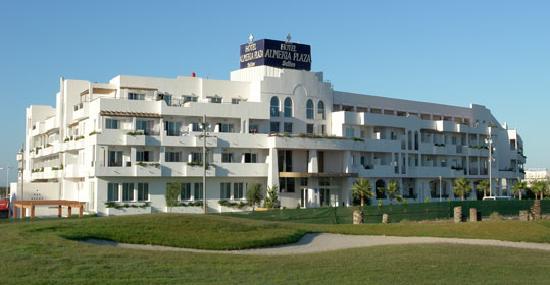 The Cabo de Gata Plaza Suites Hotel in El Toyo is in hot water with the courts after a Judge accepted a discrimination case over a refusal by the hotel to allow a group of children suffering from Downs Syndrome to stay at the hotel. Asociación Almeriense para Personas con Síndrome de Down (Asalsido) was trying to find a hotel for a school trip last year and contacted several hotels in the area for prices. END_OF_DOCUMENT_TOKEN_TO_BE_REPLACED 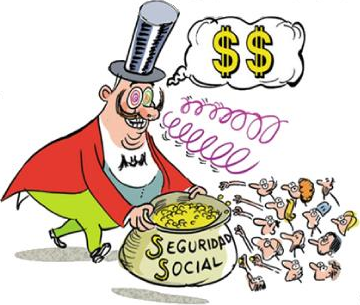 A small local bar in Seville has been uncovered as the meeting place where the heads of the Andalucian government would meet with their “backers” to receive payments in black. The payments were recorded as being for “Langostinos Maera” (Prawns from Maera) in secret accounting books discovered by an investigating judge and leaked to El Mundo newspaper today. Casa Maera is a small and relatively unknown local bar & restaurant in Seville that had one END_OF_DOCUMENT_TOKEN_TO_BE_REPLACED

A storm is brewing – which I’ve been ignoring so far because it was boring – about the new Planificación Nacional de la Red del Transporte Eléctrico 2015 – 2020 which only contemplates basic maintenance for Almería’s electricity network. That’s the national plan for the National Electricity Grid. The plan gives Almería just 34 million euros to keep it’s part of the national grid running, rather than the 68 million expected and which would correspond END_OF_DOCUMENT_TOKEN_TO_BE_REPLACED 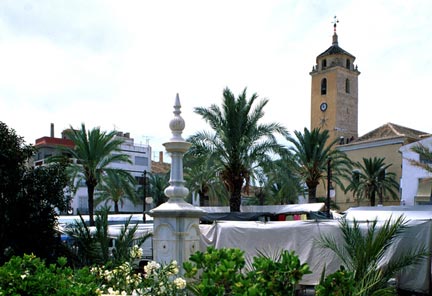 The Mayor of Albox has been suspended from his PSOE party over claims of corruption and undeclared trips charged to the public purse. The order by given by the President of Andalucia personally, Susana Diaz, who seems concerned that allegations about to be revealed will again drag her party into yet another corruption scandal. Mayor Rogelio Mena was also secretary of Ideas and Programs for the Andalusian PSOE party. Officially he has had his party END_OF_DOCUMENT_TOKEN_TO_BE_REPLACED

Mercè Pigem, spokeswoman for the CGPJ (a combined watchdog / committee for judges) has been caught carrying 9,500 euros in cash at a border control at the frontier with Andorra. She was travelling with her sister, who had 10,600 euros in cash in her purse. Although she technically hasn’t done anything wrong, as you only have to declare to customs if you are carrying over 10,000 euros in cash on your person, the president of END_OF_DOCUMENT_TOKEN_TO_BE_REPLACED

A 42 year old resident of Roquetas del Mar accused to holding up a local supermarket has been arrested thanks to his “enormous nose”. JJGR was spotted by the owner of the supermarket shoplifting last week, and when the owner approached him, JJGR pulled out a blunt weapon and threatened the man, leaving with his stolen goods and some of the days takings. The shopowner was only able to identify the man by his “enormous END_OF_DOCUMENT_TOKEN_TO_BE_REPLACED 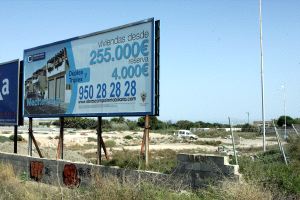 The man who was Almería’s largest builder during the boom years, Antonio José Pérez, has been arrested for tax evasion. They couldn’t get him for running off with the deposits of hundreds of customers, but by gum – forget to file a tax return and they come down heavy. Antonio was the founder of Obrascampo, a company that in 2007 was turning over 50 million euros a year and employed over a thousand people, building END_OF_DOCUMENT_TOKEN_TO_BE_REPLACED 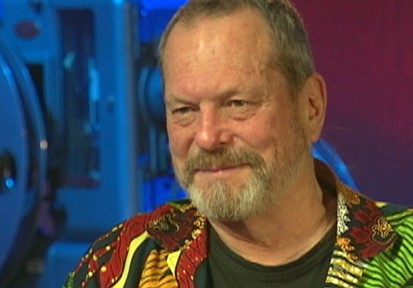 Monty Python comedian Terry Gilliam is to be honoured at the Almería film festival Almería en corto. It seems that Terry filmed “the adventures of Baron Munchausen” partially in Almería: to be exact, a scene on Monsúl beach, in 1988. Robin Williams, Sarah Polley, Uma Thurman & Eric Idle all starred in the film.   Terry will be personally coming to Almería in two weeks time to pick up his award, and will see his END_OF_DOCUMENT_TOKEN_TO_BE_REPLACED 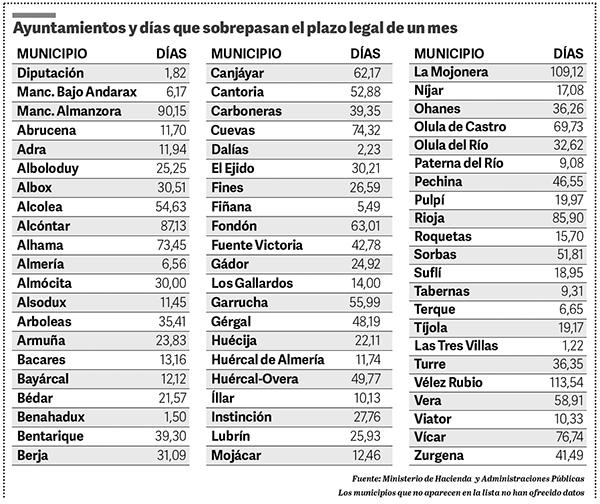 Used to be the case that if you landed a contract with a townhall you could relax in the knowledge that you’d be paid. You didn’t know when you’d be paid, but at least you’d be paid. Of course, now with the la crisis, townhalls pay infrequently and late. The problem was so great that in 2012 it was deemed to be one of the biggest causes of failures amongst small businesses, and the central END_OF_DOCUMENT_TOKEN_TO_BE_REPLACED 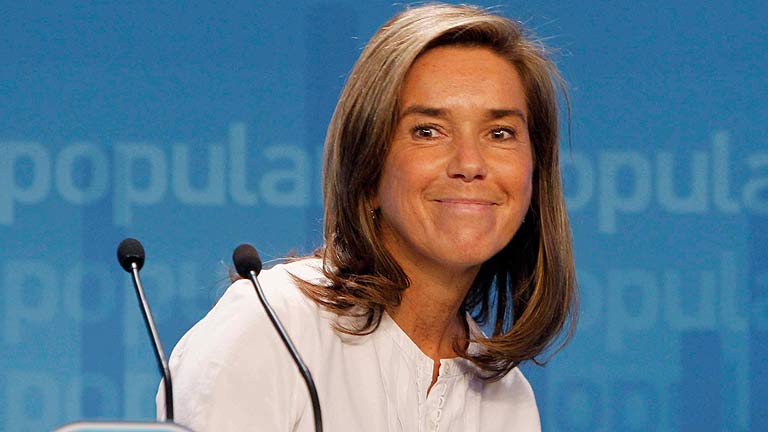 The national Minister for Health, Social Services and Equility, Ana Mato, has quit tonight after a senior judge accused her of “lining her pockets” together with her husband, who has been charged in the gürtel corruption case. Ana Mato said that she was resigning from government in order to not bring into disrepute her government and her party. Her resignation came just four hours after she told journalists that she had “no intention” of resigning, END_OF_DOCUMENT_TOKEN_TO_BE_REPLACED