I’ve written before about Professor Juan Carrión, an English language professor from the 60’s who was not only mad on the Beatles, but developed an innovative way of teaching his students English by using the lyrics from Beatles songs. And when Lennon was in Almería filming, he came down from Cartagena to pester him.

Read his story here: Beatlemania in Almeria at the John Lennon forever festival.

Anyway, a Spanish film director made a film about Professor Carrión’s trip to find Lennon 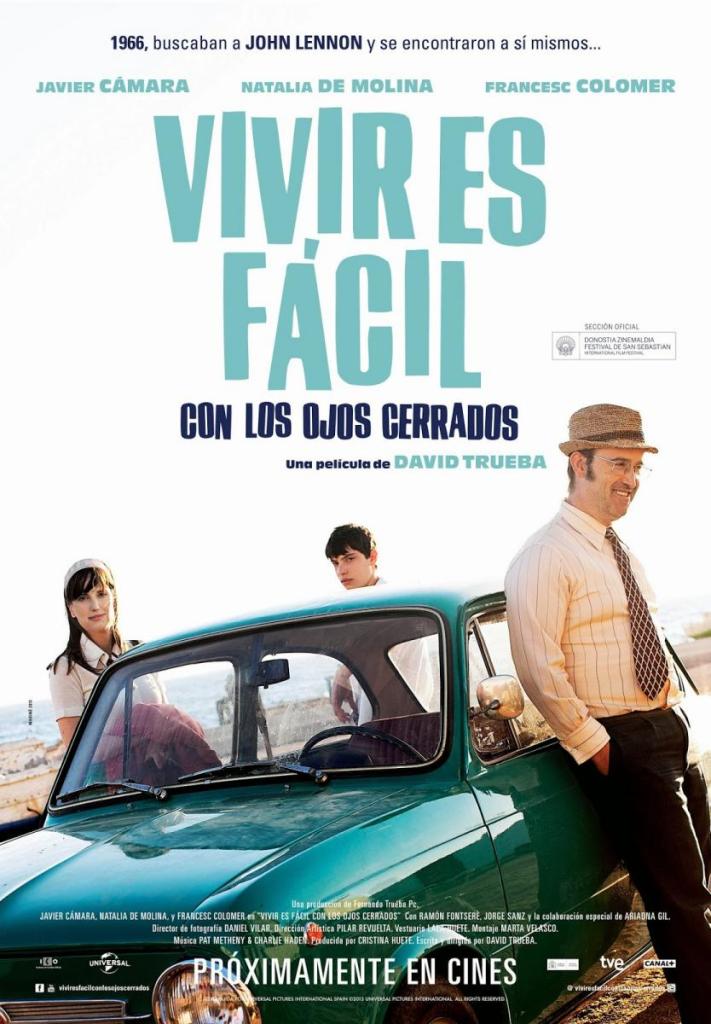 , called ‘Vivir es fácil con los ojos cerrados’ (Living is easy with your eyes closed), and it’s been selected as the Spanish entry into this years “films in a foreign language” category.

It was filmed here in the province on a shoestring budget, and is, it seems, very good. I’m not good on films, so I won’t critique, or probably even see it, but it’s nice to know.