Last Saturday was the Gala del Cambio de Poderes of Aguilas Carnival, where they hand over the keys from last year and generally have a damn good pissup to settle the liver for the main event.

Blast from the past King Africa was there (¡boooooooomba!), entertaining some 1,500 people, along with the Ballet Oficial of the  Federación de Peñas, which must have been something to witness.

The Aguilas Carnival is surreal. It’s massive, and it’s fun, but just going and sitting for 5 hours on an expensive (and hard) chair watching everyone parade by isn’t the festival. The real festival goes on in the back streets.

Look at the Murcian Tourism Office, which describes it as having “profound anthropological roots” (what?) and as “being of Roman times, celebrating the God Momo, God of laughter and tomfoolery[..] with reminiscences of the festival of Jupiter, party of Saturn (the Saturnalia) or the rites of Pan..” What are these people on? The first mention of it is from last 19th century, and we don’t have any photos of it from before 1903 (Wikipedia, reliable as always).

Anyway, the main programme of events is over here.

Here’s the main poster (and it’s not, as far as I know, plagiarised!). It is, however, profoundly sexist. 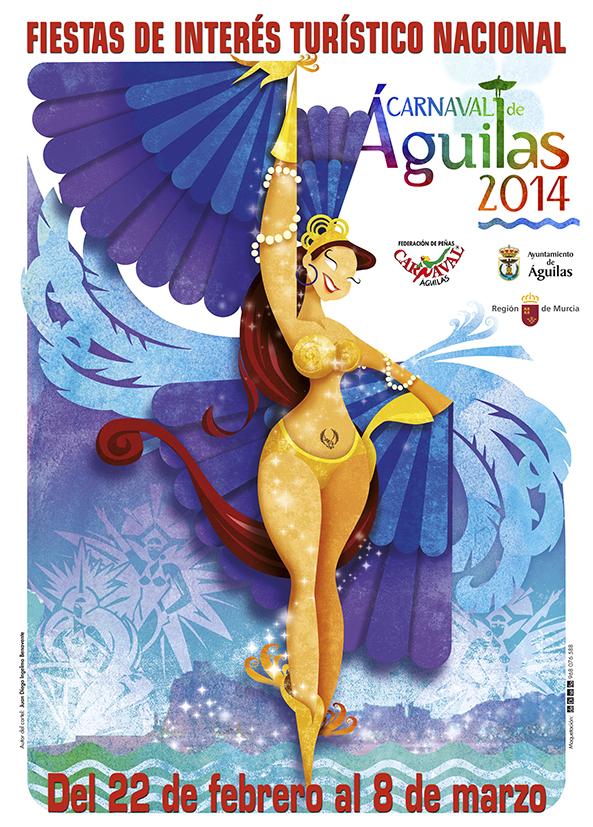