Senior Izquierda Unida Gaspar Llamazares said that it’s beyond a joke – the FBI have again used his photo to mock up a picture of Bin Laden. 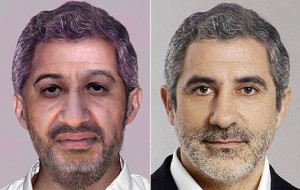 (Gaspar’s the one on the right). This latest photofit was issued on Friday by the FBI on their website.

The original photo was developed by FBI technicians who needed a grey haired genial old fellow with the right sized forehead for mock up a Bin Laden photo. Only they didn’t do it very well and Gaspar twigged on that they were using his image as the base. The US state department issued a formal apology at the time and withdrew the photo.

3 Replies to “Hit me baby one more time”