We all know that newspapers who support the government get “institutional support”. IE, the politicians pay for large useless adverts with taxpayers money in exchange for favourable coverage.

Changing the subject, our local newspaper La Voz de Almería is part of Grupo Prisa, which is a large PSOE orientated media group which includes such treasures as El País newspaper or Cadena 40. I have spoken before of how La Voz is similar to Pravda, in as much as its pretty much a state run mouthpiece which occasionally hints at deeper truths. La Voz usually has large government ads in it.

Anyway, I just love this advert which ran last week on the back page of La Voz. 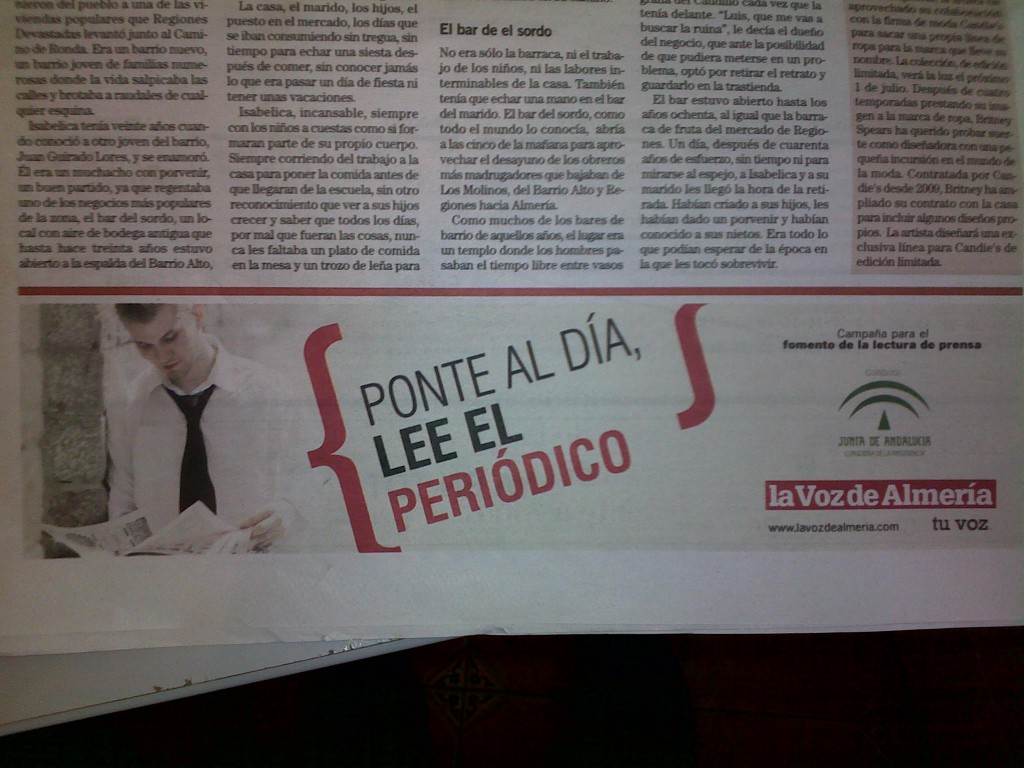 Yup – the Junta is paying for an advert in a newspaper, telling us to read newspapers (and, I suppose, pay 1€ a day for it).

And the ad, no doubt, will only appear in “friendly” papers. After all, the PSOE needs some media friends to support their daft ideas on the future economy of Spain…..

Best of all, it’s completly legal!

One Reply to “What a wonderful advert”