So I ordered an ink cartridge off HP.es. A few days later, this turns up. 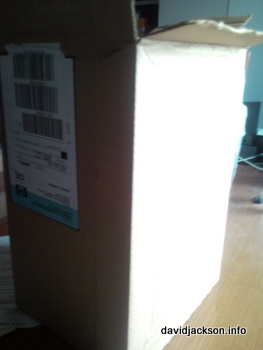 It’s a box. A fairly big box. And a light one. I opened it up and peered inside. 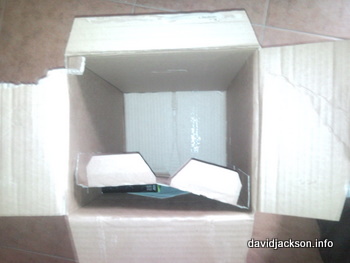 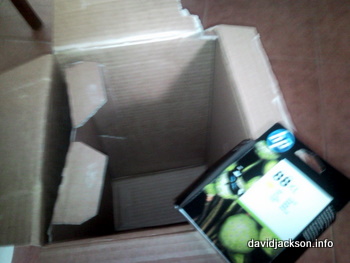 This rather blurred photo shows you just how big the box is, for such a small cartridge.

The letter, by the way, said “your invoice will arrive later by post”, and by gum, it did.

I’m not sure how environmentally friendly it is to send such a small thing in such a huge box, with a seperate invoice in another parcel, is. Dell.es, by the way, sends out their invoices electronically and their cartridges in jiffy bags. That’s probably why Dell is making money and HP lurches from crisis to crisis.