La Pará is a new bar and restaurant that has opened up at the top of the main street in Turre, as you leave going out towards the cementery.

It´s very, very nicely done out inside, with no expense spared on the décor. This was done by someone who plans to stay a while, and these people are Ana, her husband Marcos and Ana’s sister whose name escapes me (but I´ll find out next time I go down there). Ana will be remembered as the lady who has graced a number of bars in Cabrera and has now branched out on her own. 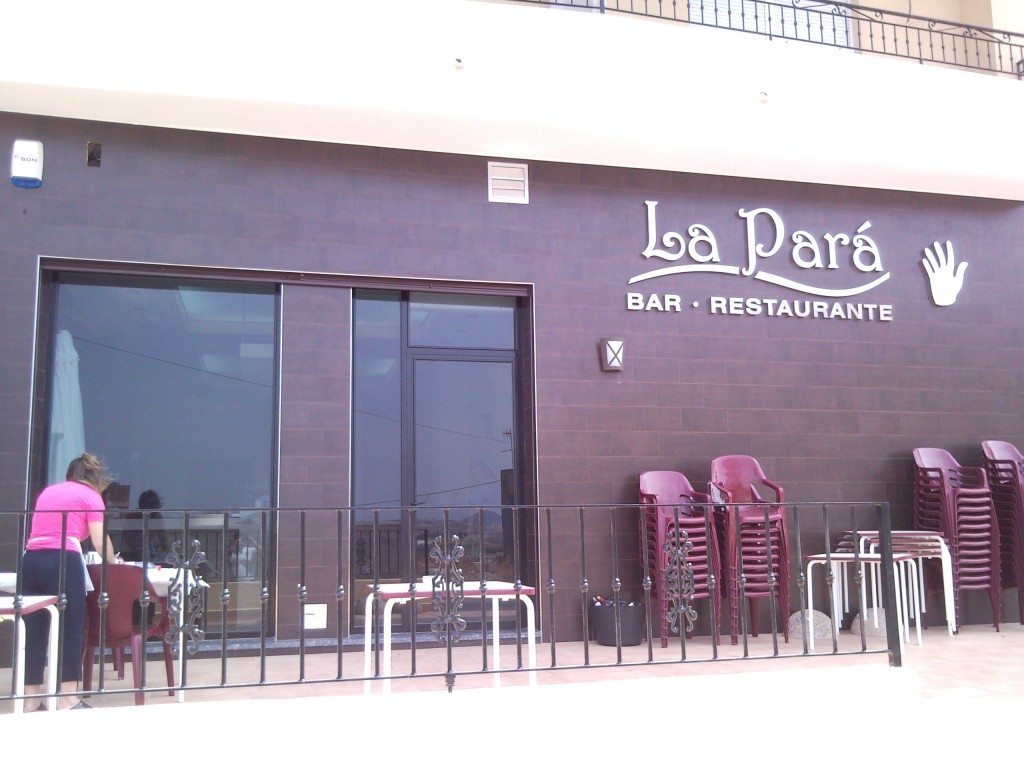 The large patio outside has a number of tables and chairs, and is a pleasent, sheltered spot from whence to sit and ponder upon Life. The main bar is tastefully done out, and the restaurant, while small, is also a comfortable place.

The food is Turre in style. Gurullos, Pelotas, Migas, Morcillas and more all adorn the menu. All homemade, all delicious, and almost all of them sampled by me.

The philosophy behind the menu is a wonderful one – they will cook what they want, what is in season, and if they run out they tell you so, instead of having a lot of frozen stuff lying around. So it´s fresh, it´s off the plancha, and it can be eaten as a full meal, as dishes to pick at between the group, or simply as a tapa with a beer.

If Marcos is on duty in the afternoon the toros might be on the TV – if Ana, possibly it might be off or tuned to something tasteful. Marcos looks glum, but is a happy man at heart.

Recommendation? Delicious. Try it, you´ll be back, unless your palate doesn´t pass ketchup on chips.

PS – La Pará, in case you´re wondering, is slang meaning “the Stop”. La Parada – or ¡aki la pará! as they shout to conductors around here.