Here are some photos sent to me by John Furley, taken early this morning.

I should stress that now (12.51) only a few plumes of smoke from the other side of the mountain are visible, but plenty of planes and activity still going on. The road to Cortijo Grande is still closed, although a number of private cars have been escorted to the entrance where they are waiting, so it may be that house owners will shortly be allowed back up. 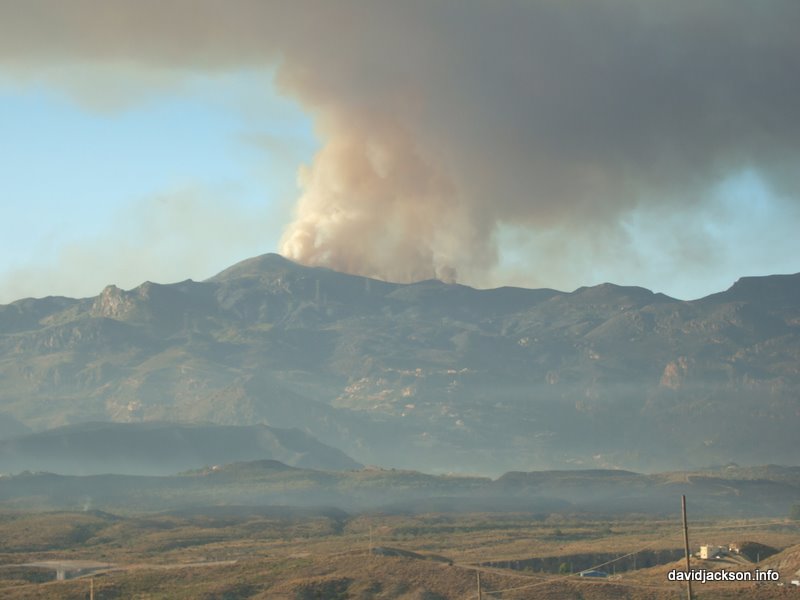 Cabrera, taken by long range lens. When blown up, you can see a lot of greenery is still there, so it seems as if the main place is OK.

However, in this one you can still see a house burning. The houses below it also look a bit damaged, although it may just be soot.

John also sent this photo, taken around 16.00 yesterday, of the smoke coming off the mountains. He was just outside the Blue Lagoon on Mojacar Playa. 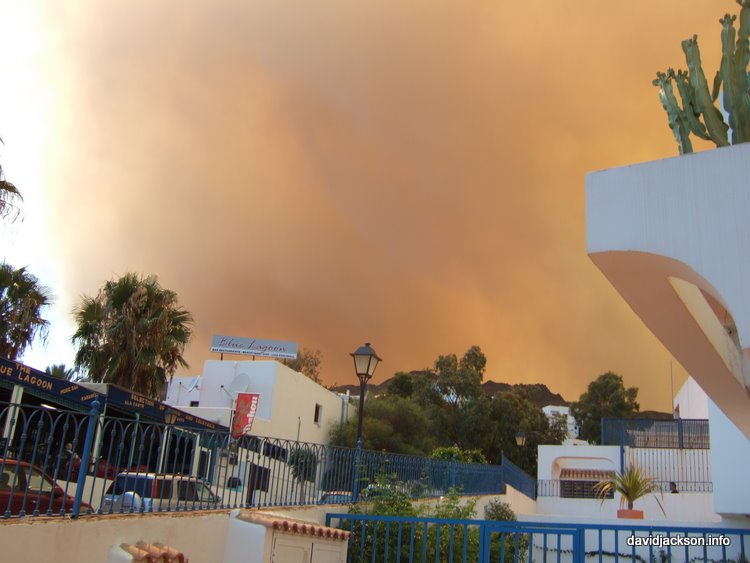 Keep sending in those photos, they may be used in The Reader!