A huge fire is raging over Cabrera.

Started this late morning with a small one in the pine forests off the the right of Cabrera. 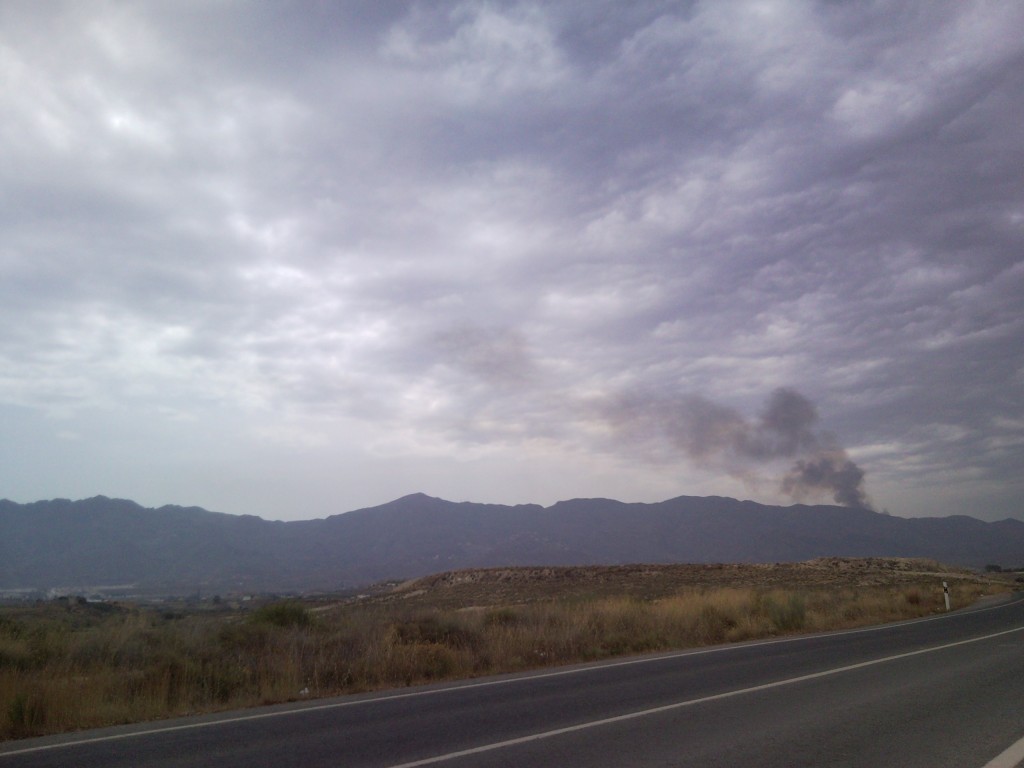 By 4 o’cock, it had spread and here is a photo of the smoke from Mojacar beach. 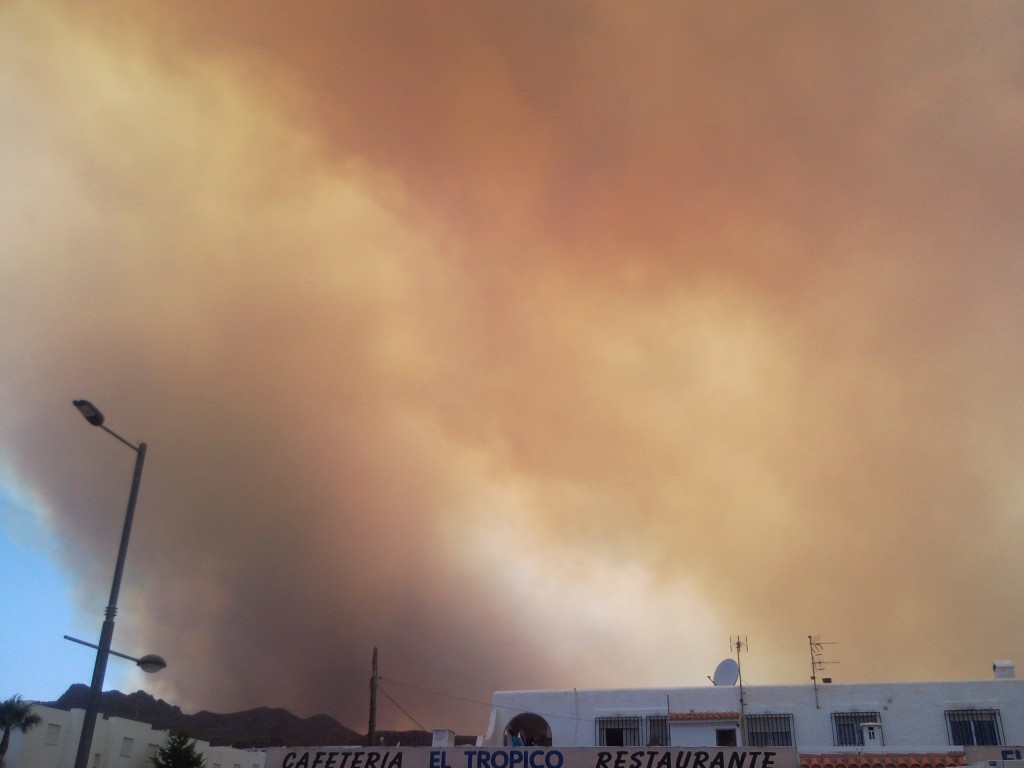 You can see the blue of the sky off to the right of the smoke.

I’m back at my flat in Turre (at the bottom of the hills) and there is no point taking a photo of the fire as it’s just black smoke billowing from the mountains. I’m told the flames have just come over the top of the mountain and are starting down towards Cabrera.The house is full of smoke and ash, and the plume of smoke is flaming away towards the sea.

It was raining this morning (cleared away now, not a drop sadly) so this may have been started by someone who thought the rain would stop it from spreading. Certainly, the rumour is that the arsonist who started those fires a few weeks ago is still around.

I would say that there had to be at least two focal points to this fire, one to the right of Cabrera (at least 20k off) and one the other side of the mountains from Cabrera. No idea what’s happening now, the smoke is too thick.

I’ll post anything interesting over the next couple of hours here . Meanwhile, here’s a nice photo of the sun seen through the smoke. 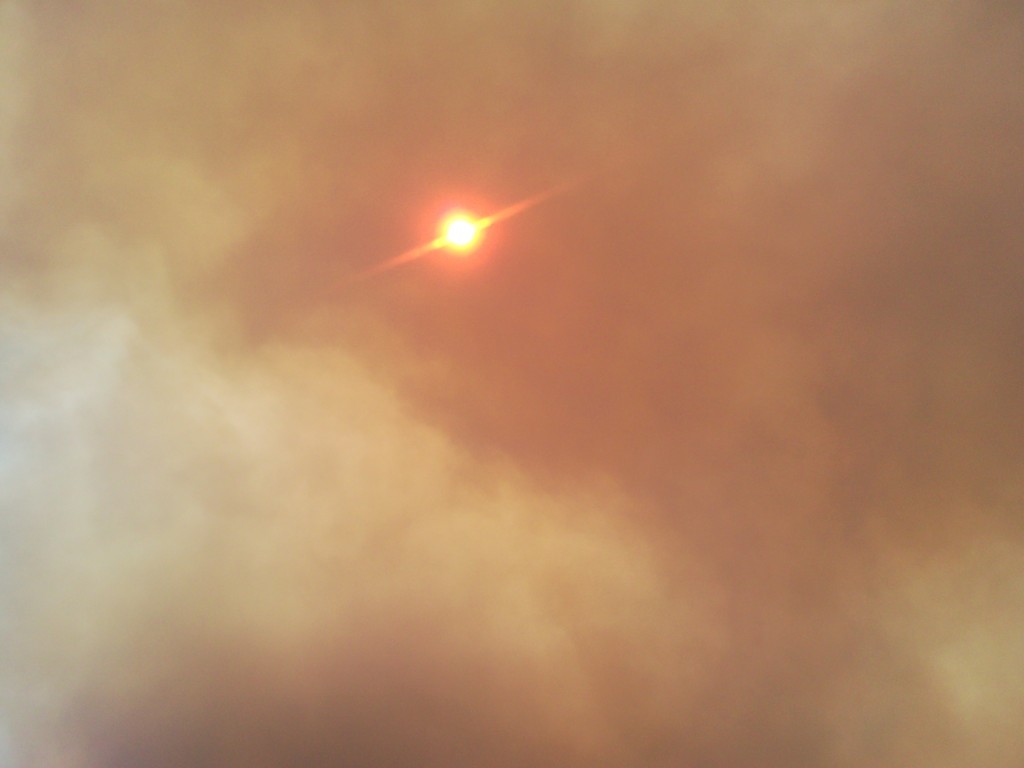 20 Replies to “Fire over Cabrera”