Due to the smoke, I´ve left Turre and moved further up the valley.

Cabrera and Cortijo Grande have been evacuated and the roads sealed off by Guardia.

The fire now extends from the right of Cabrera down to Mojacar. 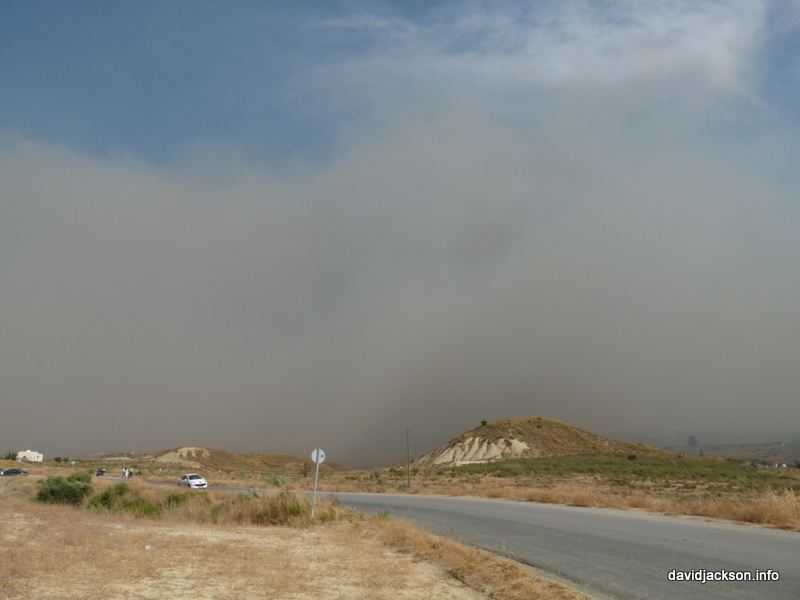 A number of (3?) helicopters are ferrying water from a local reservoir. 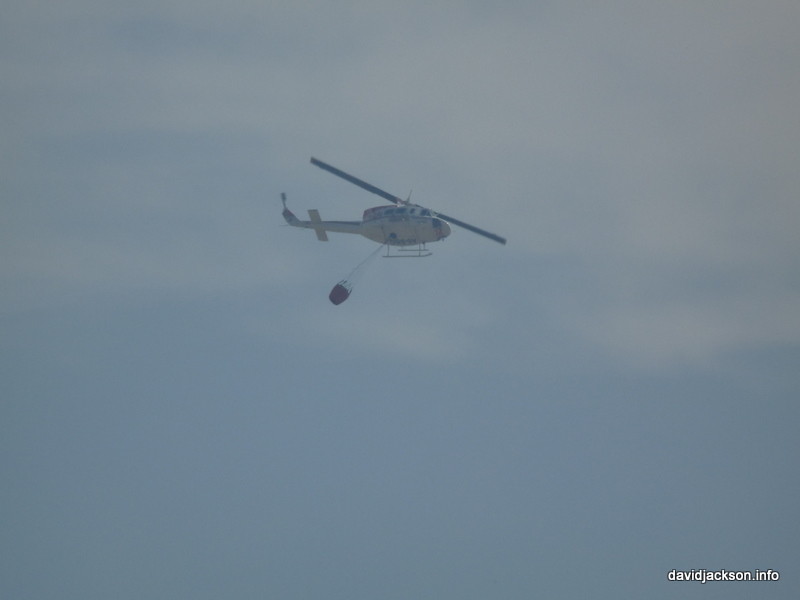 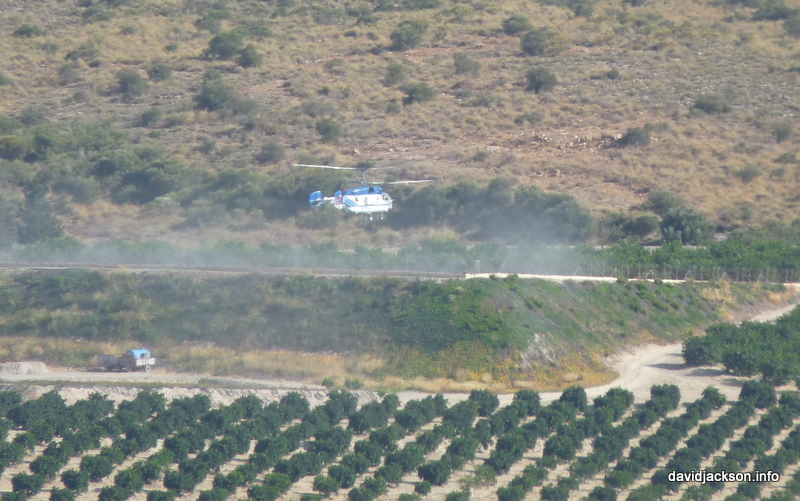 The light is currently terrible, as a huge pall of smoke has now gone over the house. 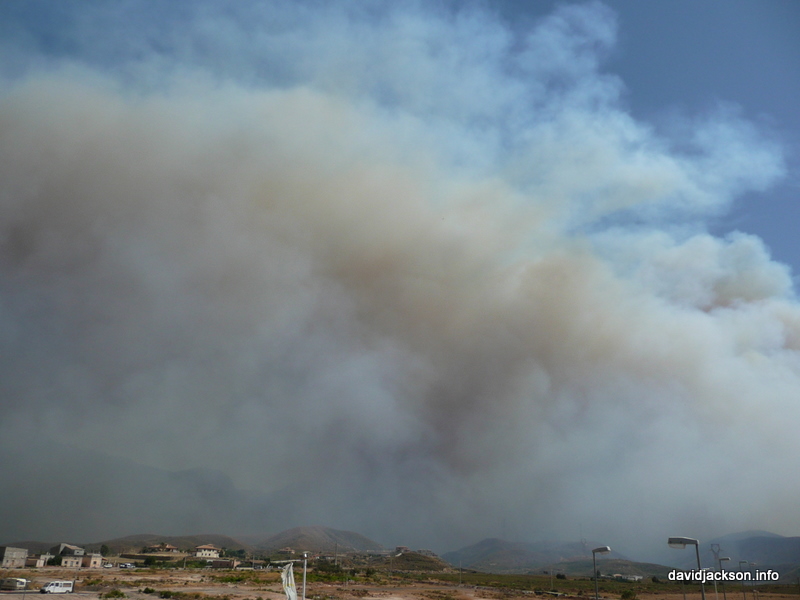 And a large bulldozer on a lorry has been taken up into the mountains. 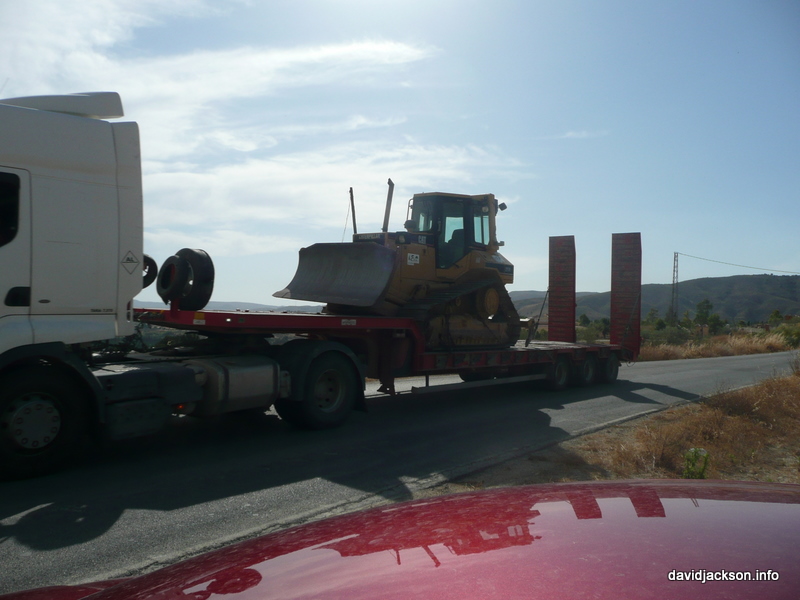 One Reply to “Fire coming down into valley”