I’m up in front of the beak (as I believe the expression is) on Thursday. Civil disobedience, invasion and illegal occupation of a public edifice (to wit, the Turre Town Hall), refusing to obey the commands of an office of duly constituted civil authority, blocking the free passage of vehicles on a public road, are just some of the charges levied against me. 350€ and the right to expression is at stake. Civil Court 1, Almeria. It’s due to a protest back in 2007 (Levante sin cables) when we were protesting against the construction of high power electric line down to Mojacar and refused to leave without having a word with our friend Jose Navarro (now Climate Change Advisor for Almeria, bless his little cotton socks). He, the PSOE and his Sevillana Endesa friends decided to make an example of us. 15 Spanish friends (most over 50, by the way) will be joining me. Upon winning (and leaving as a free man), I shall donate my €350 to the Priors cause via the closest anti illegal building / political corruption cause. 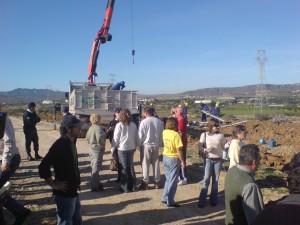 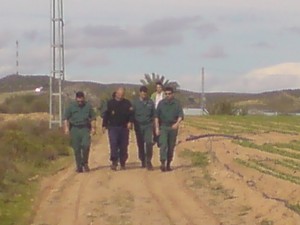