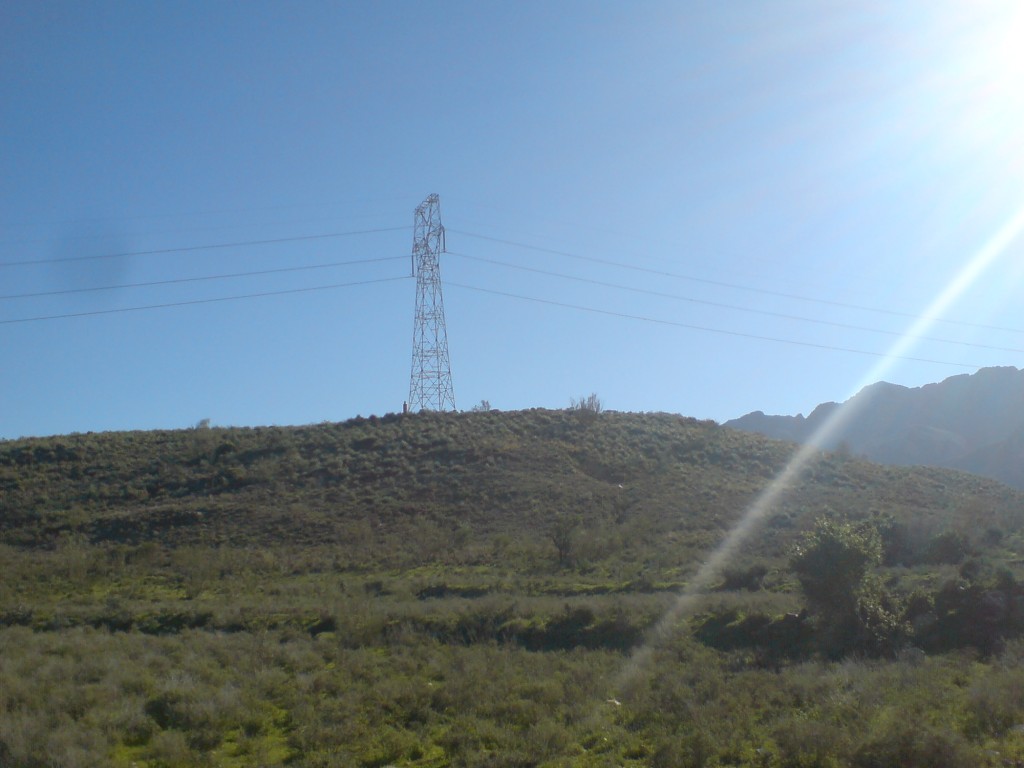 See that tiny little pole thingy just in front of the electric pylon? Here’s a close up. 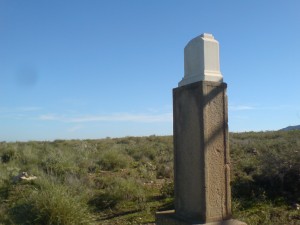 Do you know what it is yet? It’s a memorial. Shall I tell you what it says?
“Here he gave his life for GOD and for SPAIN, the martyr D. Florencio Lopez Ejea, Priest of Turre, early one morning between the 16th and 17th of August of 1936, HERE.”

It’s a simple, evocative memorial to the civil war. One morning, the local priest was taken up to this buff, overlooking the valley; and, as the sun rose, was shot. I wonder, was he allowed to pray to his god? Who pulled the trigger? A soldier from elsewhere, or one his neighbours? Maybe someone he had known since they were a child?Had he baptised them? Married them?

There isn’t much about him in the records. I know he was born in 1883, in Tahal, a small village in the mountains of Almeria. Not much else, really. He was just another statistic of the Spanish Civil War. Luckier than some. After all, the priest of Bedar was marched down the road and thrown off a bridge. No memorial to him.

Yet the people who did this may still be alive. Certainly many of them have made deathbed confessions to their families. But nobody wants to talk about it. It is the secret that so many people will hold close to their chests. So many people refuse to even talk about what their fathers or grandfathers did in “the war” – they know, from bitter experience, not to talk about it, for it opens wounds and divides friends and families.

Who put up this memorial? Nobody seems to know. Certainly nobody seems interested in talking about it. Somebody paid for the memorial, and walked up there, and put it up. Was it to remember him, or to atone for the deeds of a forefather?

One Reply to “The Civil War in Turre”