Friday night I was priviledged to go up to Murcia to see Queen (well, two of them anyway) with Paul Rodgers. 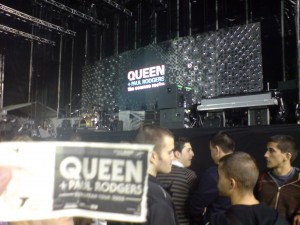 As you can see, we were quite close to the stage. Good job, too, when you take a look behind us: 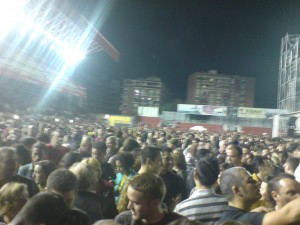 In the queue to get in, there was a large Cockney fella flogging some shirts at €10 a pop. Sold 4 to a Spaniard in front of us, despite not speaking a word of Spanish. A bag? he shouted at the Spaniard. This ain’t fecking Marks & Sparks mate!. “Que ha dicho?” the Spanish muttered. One sighed “It was bad enough when we just had moros, moros. Now we’ve got moros ingleses?”

One Reply to “Queen + Paul Rodgers”