Amazing! The Guardia, after much political and social pressure, have hitched up their trousers, taken a deep breath, and arrested the gitano who killed Ousmane Kote and thus sparked the riots in Roquetas del Mar.

Named as Juan Jose O.N., 26 years old and with the nickname “El Bollo”, was living in a small house hidden in between the greenhouses in the Los Llanos de la Canada area of Roquetas. 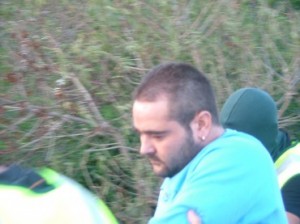 No further information is available at this moment. However, the last press reports from the area had suggested that the alledged murderer would be arrested “within hours” – that was on September 10th. (Read previous post about the Riots in Roquetas del Mar).